Refugee surge on Greek islands | Europe | News and current affairs from around the continent | DW | 16.09.2017

As smuggling activity in the Aegean Sea has reached the highest level since last fall, the Greek islands are once again becoming overcrowded. Diego Cupolo reports that most new arrivals come via Turkey. 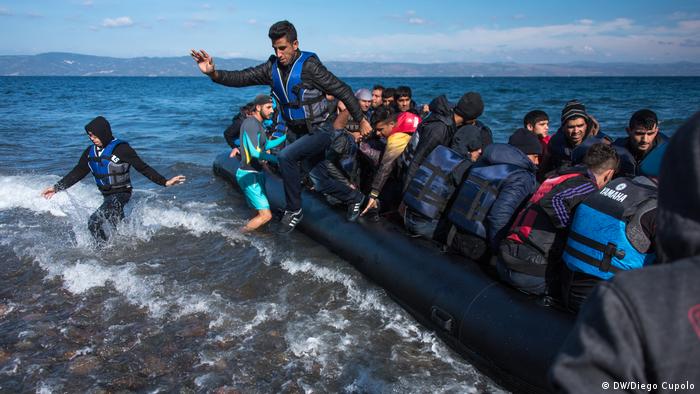 Aid groups are once again struggling to accommodate a rising number of people arriving on the Greek islands to request asylum. Despite heightened patrols in the Aegean Sea to deter smuggling activity between Turkey and Greece, about 3,700 refugees reached Greek shores in August and about 400 new arrivals have been recorded per week so far this month.

The recent spike in arrivals is mainly credited to seasonal weather patterns and calm seas, but some monitors on both sides of the Aegean have said the liberation of areas controlled by the "Islamic State" (IS) in Syria and Iraq may also be a factor as new refugees arrive in Turkey and head directly to Greece.

"Many new arrivals are coming from Syria and from cities that were previously under siege," said Louise Roland-Gosselin, an advocacy manager for Doctors Without Borders (MSF) in Greece. "It's difficult for us to know for sure where they are from … but this is what people are telling us as they arrive."

Numbers fell sharply after the EU-Turkey deal, which was implemented in March 2016 to stop informal migration to European nations, and rose again only in October of last year before tapering off again and have remained relatively low ever since. 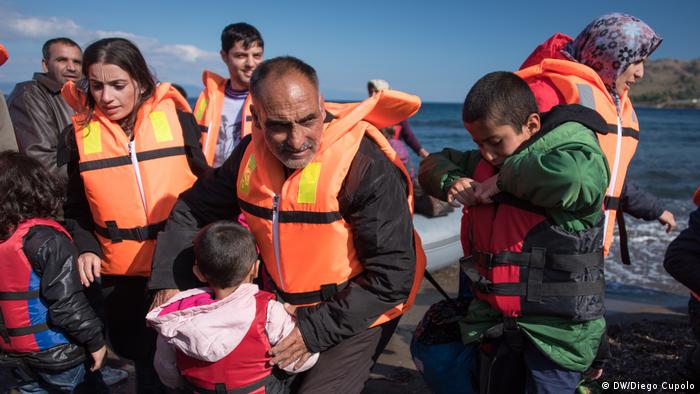 Though the current crossings are not comparable to the 10,000-people-per-day rates seen at the height of the EU refugee crisis back in 2015, recorded arrivals have been high enough in recent weeks to cause concern among aid groups. They report hazardous overcrowding in reception centers on the Greek islands of Lesbos, Chios, Samos and Leros.

Since the end of July, the number of people seeking asylum in Samos has almost doubled, said Bogdan Andrei, project coordinator for the aid group Samos Volunteers. The island's sole reception center is designed for 700 inhabitants, but is currently hosting about 2,200 people, including 600 minors. Due to lack of space, new arrivals are pitching tents around the camp's periphery and about 200 people have sought accommodation from charities and religious groups operating on the island.

Andrei, who has provided aid in Samos since last summer, said such overcrowding creates unhygienic conditions in camps and increases tensions among refugees, putting vulnerable families and individuals at risk.

"Every time the camp is overpopulated, there's an increase in the security risk as well," Andrei told DW. "Last night, for example there was a big fight between Kurds and Arab Syrians."

Increased incidences of self-harm and sexual assault have also been recorded as a result of overcrowding and prolonged stays on the islands, according to Boris Cheshirkov a spokesperson for the UNHCR in Greece.

In total, about 10,000 people are currently staying on Greek islands with 'hotspot' reception centers, Cheshirkov said. Upon arrival, those seeking international protection begin the process of applying for asylum in the reception centers.

When individuals are deemed eligible to continue the asylum process, they are often transferred to camps or apartments on mainland Greece to reduce occupancy in island hotspot centers. Yet last month, the rate of transfers to the mainland was outpaced by new arrivals, leading to the current overcrowding on the islands.

"The procedures are still quite slow, especially the appeals stage… so [there is a] bottleneck despite efforts by the government and the UNHCR," Cheshirkov told DW.

Since March 2016, about 1,300 people denied international protection have been returned from Greece to Turkey under the EU-Turkey agreement, Cheshirkov said.

Read more: Two years since Germany opened its doors to refugees - a chronology 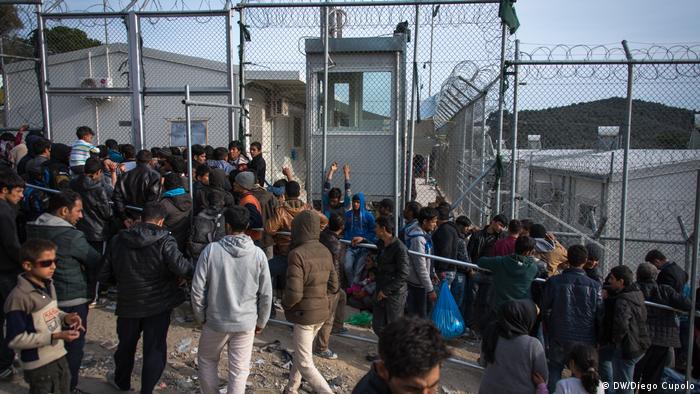 In the first ten days in September, over 1000 people have arrived on the island of Lesbos, leading to overcrowding in the Moria hotspot

Aside from unconfirmed speculations that new arrivals are fleeing areas once held by IS militants, some believe deteriorating EU-Turkey relations may also be influencing the numbers.

"The refugees think that the Turkish side will reduce patrols if tension between Turkey and Germany continues," Yalvacli told DW. "But as someone who lives in and continuously monitors the situation in Cesme, I can easily say there's no such thing as 'reduced patrolling.' Routine patrols continue."

Yalvacli went on to say new arrivals are proportional to the amount of boats being turned back to Turkey. The current rise in numbers, he said, is simply a reflection of more smuggling activity in recent weeks.

Abby Dwommoh, a communications officer with the International Organization for Migration (IOM) in Turkey, also dismissed assumptions that arrival numbers might be linked to political spats.

"I would not be drawing a conclusion at this point that any political discussions in Europe would have a significant impact on the migratory routes," Dwommoh told DW. "I think [the increase] is much more something that typically happens this time of year."

In addition, Dwommoh highlighted heightened smuggling activity through the Black Sea and toward Cyprus, though numbers remain low compared to well-worn migratory routes.

For the time being, volunteers on the Greek Islands, such as Andrei in Samos, said they will continue to work accommodating new arrivals with hopes that camp conditions improve before the arrival of cold winter weather.

"If no accommodation alternatives are found before the weather gets worse, it will be much more miserable [than last year in Samos]," he said.