UN officials intercepted over 1,000 migrants in one day off the coast of North Africa attempting a dangerous journey across the Mediterranean Sea towards Europe. 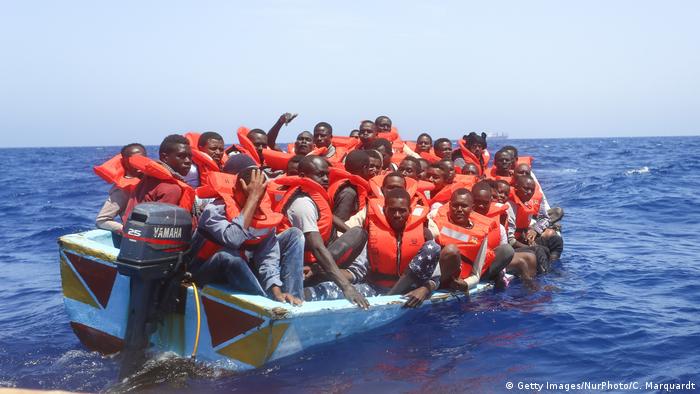 A record number of asylum-seekers and migrants who were traveling in boats on the Mediterranean Sea were rescued and returned to Libya on Saturday, UN refugee agency UNCHR said in a tweet.

The agency said over 1,000 migrants were rescued in five separate operations. The UNHCR and International Rescue Committee provided the migrants with food, water and medicine before handing them over to the Libyan authorities.

How many migrants leave Libya towards Europe each year?

Thousands of migrants leave Libya each year on unseaworthy wooden boats and rubber dinghies towards Europe. Many of the asylum seekers die on the journey.

The International Organization for Migration (IOM) says over 10,000 migrants so far have been rescued and returned to Libya in 2021.

At least 180 migrants traveling from Libya have died this year, according to the IOM, and hundreds are missing.

Many of the migrants traveling from Libya are exploited by human smugglers, who facilitate the journeys in exchange for money. There are widespread reports torture and abuse of migrants at the hands of smugglers.

Migrants also take the sea journey towards Europe from Tunisia. The Tunisian navy and coastguard rescued 54 migrants at sea on Friday, taking the migrants to the port town of Ben Gardane before transferring them to a detention center.

A cemetery in southern Tunisia is dedicated to migrants who died at sea.

Many of the migrants who embark by sea from Libya and Tunisia actually hail from sub-Saharan Africa.

The migrants may be fleeing war, terrorism, authoritarian governments or for other reasons, such as the search for better economic opportunities in Europe.