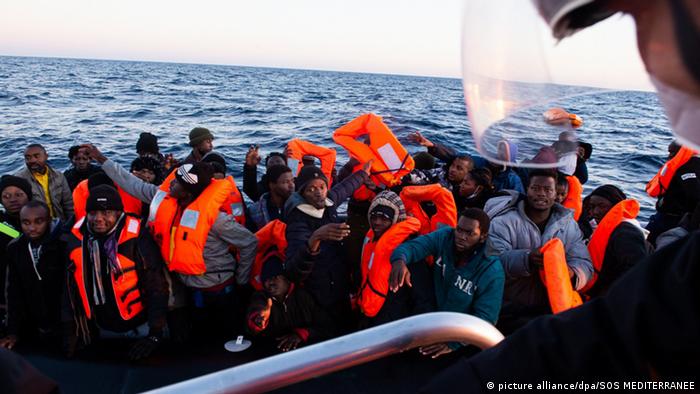 Ocean Viking rescued more than 350 migrants over the past two days, the NGO said

More than 350 migrants have been rescued off the Libyan coast over the past two days, a European NGO said on Saturday.

They were picked up by the Ocean Viking aid ship, which is run by France-based SOS Mediterranee.

The organization said “106 people were rescued in international waters 28 nautical miles (52km) from the Libyan coast” on Friday evening.

That morning, the Ocean Viking picked up 149 people from two boats following an SOS signal, including 58 minors and four babies.

“The majority of the people aboard an inflatable rubber dinghy were found intoxicated by oil fumes,” SOS Mediterranee said in a statement. "They came from Guinea, Sudan and Sierra Leone."

The crew had approached Malta and Italy, among others, with their request to be taken in, it said. 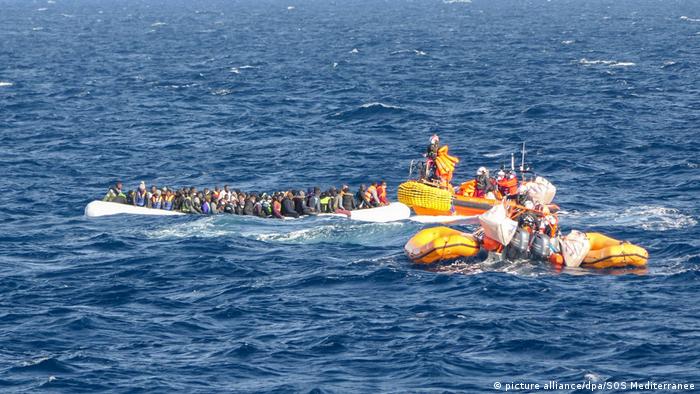 Ocean Viking picked up the migrants on Friday

Ocean Viking left the French port of Marseille for the central Mediterranean Sea on January 11 after a month-long break.

Libya has been riven by civil conflict for almost 10 years.

The country has become one of the most important transit areas for migrants on their way to Europe. Many want to enter Europe via Italy.

Human smugglers based in Libya launch vessels, many of them flimsy rubber dinghies or rickety fishing boats, crowded with migrants who hope to reach European shores to seek asylum.

The central Mediterranean route is described by the UNHCR as the most dangerous migration route in the world.

More than 1,200 died last year while trying to cross the Mediterranean.

But thousands have been intercepted by the Libyan coastguard, which has been backed by Italy and the European Union, and returned to Libya.