The full video to Rammstein's new single "Deutschland," the first in a decade, is for some a cinematic journey through the history of violence and fascism in "Germania"; for others, it's merely tasteless exploitation. 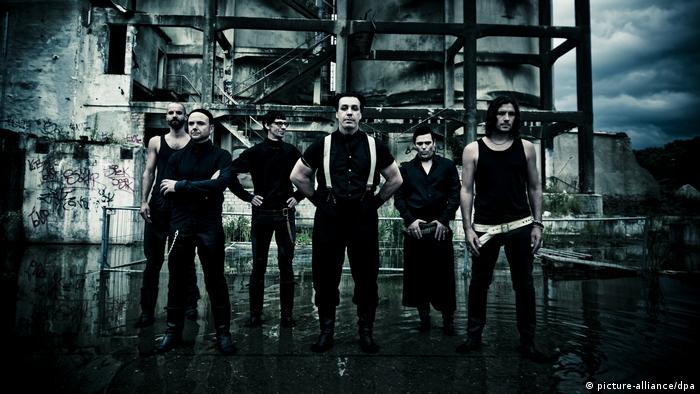 In the scene used in a music video teaser that has already generated a welter of controversy, Rammstein members wearing Jewish stars stand at the gallows facing imminent death amid a sign reading "photography prohibited." It's another moment of irony sewn into the bloody fabric of German history that bombards the viewer throughout the band's much-anticipated music video "Deutschland," the first single from its upcoming self-titled album. 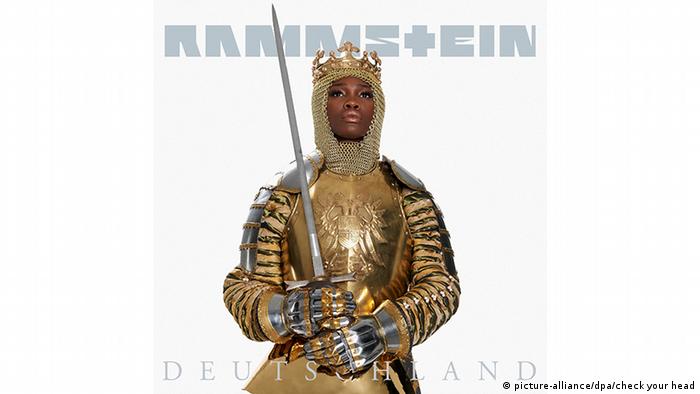 As Germania carries off the head of lead singer Till Lindemann and the drum heavy hard rock track gives way to lilting piano as the credits role, one wonders what any of it means. Is this mash-up of history and myth and confused symbolism really meant to offend?  Has Rammstein abused "the suffering and murder of millions for entertainment purposes," as Charlotte Knobloch, a Holocaust survivor and former president of the Central Council of Jews, told the daily Bild newspaper following the release of the video teaser?

Culture commentator Daniel Hornuff, writing on the website of the German weekly Die Zeit, notes that the concentration camp scene is accompanied by the lyrics "Germany, my love I cannot give you" and shouldn't be confused with nationalist sentiment — something the band was accused of when it used footage from Nazi propagandist Leni Riefenstahl's film Olympia for its 1998 single "Stripped."

Instead, this latest clip seems to continue a pattern of provocation as the concentration camp henchmen are finally rounded up and shot by the prisoners. Here, Till Lindemann sings "Germany, my heart in flames, I want to love and condemn you" ("Deutschland, mein Herz in Flammen, will dich lieben und verdammen"). 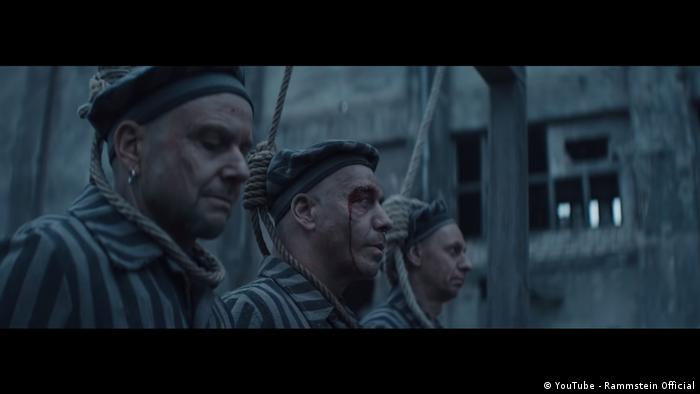 The controversial concentration camp scene from the "Deutschland" music video

According to journalist and media expert Joachim Trebbe of the Freie University of Berlin, the "Deutschland" clip continues with an aesthetic that has marked the band for over 20 years. He refers to the "gray, mystical, sad and scary" ambiance that is often associated with 1930s National Socialism — though the band rejects claims that it is appealing to far-right elements, saying its politics are left-leaning — that is repeated throughout much of the band's imagery.

"It fits into the development of this group and also to what they want to convey when it comes to the visual appearance," he told DW. The bleak video continues a "cultural aesthetic" originating in the 1980s with the subculture surrounding industrial, punk and new wave bands like Einstürzende Neubauten.

Trebbe believes that the music video shows "no glorification or abuse of any symbols," and exhibits "a very clear distancing from nationalism."

"Rather it's a song about the ambiguous relationship to Germany among the people who live there ... and what this Germany has done, so to speak, in its recent historical development." 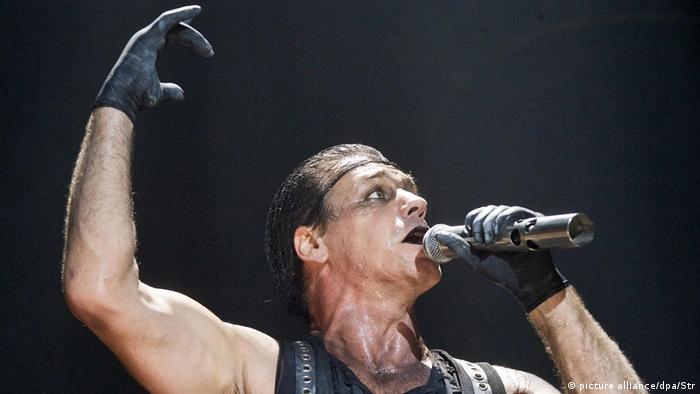 While the video might appear to present a glorification of brutal violence and war, Trebbe says that such criticism is difficult in an age where violence is perpetually portrayed in computer games and action movies. He says the video presents a relatively "normal fictional aesthetic" that as such cannot be "misused" by nationalists or the far right.

Read more: 'Music in Times of Tragedy': How music raises awareness about the Holocaust

Nonetheless, some commentators claim that the Nazi aesthetic will appeal to the band's growing contingent of far-right fans. "Rammstein are a left-wing band that has many right-wing fans. They are adored by Russian neo-Nazis," writes Peter Huth in the national daily, Die Welt.

Rammstein are the pioneering band of the hard rock genre known as Neue Deutsche Härte ("New German Hardness"); even the term for the music genre "reads like the title of a photo book by Leni Riefenstahl," says Huth. Stopping short of accusing the band of encouraging its neo-Nazi disciples, he says Rammstein in this instance has preferred releasing "clickbait" to taking "political responsibility."

Trebbe similarly acknowledges that the evocation of the Nazi persecution of Jews as "a normal historical episode" on "equal footing" with the Red Army Faction or IS terrorists — two other violent groups seemingly portrayed in the video — does become problematic.

"I think that you cannot do that so easily in Germany," he says.

Sensitivity to the unparalleled brutality of the Holocaust was played out when the Israeli government weighed in on the controversy. "This Rammstein clip, using the Holocaust for advertisement purposes, is shameful and uncalled for," Israel Foreign Ministry spokesperson Emmanuel Nahshon tweeted. "We join the many voices calling for its immediate removal."

The band with East German origins, and who grew up in the shadow of the Berlin Wall, have not yet responded to the outrage that has been stirred in Germany and beyond.

In the lead-up the release of the Rammstein album on May 17 — the first since 2009's Liebe Ist Für Alle Da — the debate, and the free publicity, is set to rage on.

For 11 years a brave German couple has been fighting neo-Nazis in their small town by staging a rock music festival. DW's Jefferson Chase went to rural northeastern Germany to check out this mix of pop and politics. (26.08.2017)