Rammstein singer Till Lindemann under investigation for assault | News | DW | 12.06.2019

Rammstein singer Till Lindemann under investigation for assault

The heavy metal front man is accused of beating a 54-year-old man from Hamburg in a hotel bar. Witnesses have said that the man was insulting him before the physical altercation began. 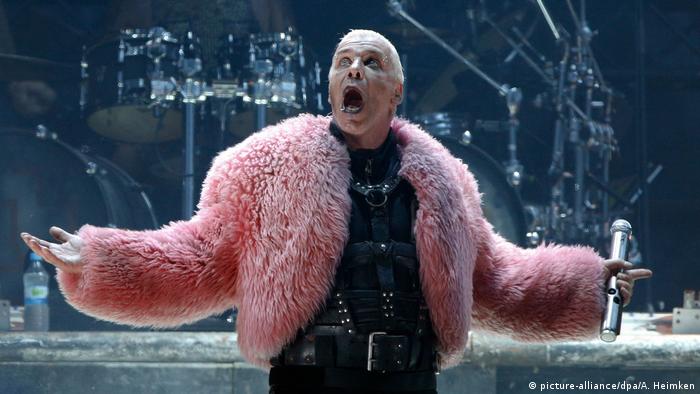 Rammstein front man Till Lindemann  was accused of assault on Wednesday after a man said he was attacked in a hotel bar. Witnesses told German media that the 54-year-old man insulted the heavy metal singer before the assault.

According to the Süddeutsche Zeitung and Bild daily newspapers, the incident began after a Rammstein concert in Munich on June 8. Lindemann got into a verbal altercation with a fellow guest at the Bayerischer Hof luxury hotel in the historic city center.

The other guest, identified as being from Hamburg, was left with a nosebleed after Lindemann disappeared into his hotel room. Police have confirmed that an incident took place, but have given no further details.

Lindemann is known for his bombastic stage persona and use of pyrotechnics in his performance and his outspoken critiques of what he views as western neo-imperialism, especially from the United States.

In 2002, the Bayerischer Hof was the scene of a brawl between Oasis singer Liam Gallagher, several guests, and the police.

The full video to Rammstein's new single "Deutschland," the first in a decade, is for some a cinematic journey through the history of violence and fascism in "Germania"; for others, it's merely tasteless exploitation. (29.03.2019)