Radio Free Europe rebrands in Bulgaria, Hungary and Romania | Europe | News and current affairs from around the continent | DW | 02.04.2020 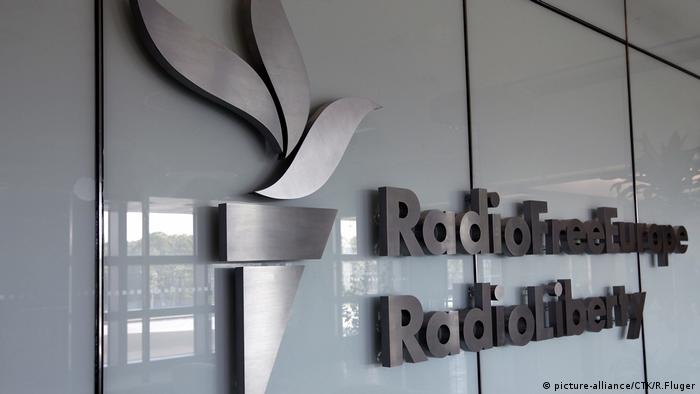 In 1993, Radio Free Europe/Radio Liberty shut down its service in Hungary. RFE/RL's mission had been fulfilled: The Iron Curtain had fallen, the United States had won the Cold War, and Hungary had established itself as a democracy aligned with the Washington and the EU. Twenty-seven years later, the US government's foreign broadcaster is relaunching its Hungarian service online. The US Agency for Global Media is responding to the continuous erosion of democracy and press freedom in Hungary since nationalist Prime Minister Viktor Orban and his Fidesz party came to power.

Despite the coronavirus pandemic, RFE/RL intends to resume operations in Budapest by the middle of the year, the broadcaster's president, Jamie Fly, told DW. He said about 10 journalists would be responsible for a website and content on social media platforms. "In Hungary's heavily polarized media landscape, we will try to be that neutral ground where people of all political viewpoints can find information," he said.

There are few neutral voices left in Hungary's mainstream media. Over the past 10 years, the government has taken control of most of the country's press outlets either directly or indirectly. Public television and radio stations and the state news agency came under government control in 2011. Oligarchs and businesspeople close to Fidesz have gradually bought up other private media outlets and either closed them outright or aligned them with the government line. In 2019, about 500 private media outlets were concentrated into the Central European Press and Media Foundation (KESMA), which has close ties to the government. Since Orban took office, Hungary has slipped 64 places in Reporters without Borders' World Press Freedom Index — from No. 23 in 2010 to 87th now.

Journalists who work for the few remaining outlets that are critical of the government fear that a recent law introduced during the coronavirus outbreak to allow the prime minister to rule by decree indefinitely will put the final nail in the coffin of press freedom. The director of the think tank Political Capital, Peter Kreko fears that the return of RFE/RL to Hungary will have a limited impact. "I don't think that one more online platform can challenge the overdominance of the government media," he told DW.

Press freedom has also become increasingly restricted in Romania and Bulgaria. TV and radio broadcasters have been turned into mouthpieces for the state by oligarchs closely tied to authorities.

RFE/RL opened offices in Bucharest and Sophia in early 2019. "We play a key role in these countries because we tackle stories that journalists in the independent private media are not willing to go after because of threats to their safety or government pressure," Fly said.

He said RFE/RL had mixed results in its efforts to reestablish a presence in the countries. In Romania, he said, people remembered it as a radio station and were slow to switch to the website. However, he said, the small team of RFE/RL journalists in Bulgaria had met with considerable success and published investigative reports that had forced several politicians to resign.

Atanas Tchobanov, who co-founded the investigative site Bivol, told DW that he was skeptical that journalism would bring about real change in Bulgaria anytime soon. "The Bulgarian establishment is so deeply rooted in organized crime and the former Communist networks that it's very difficult to change anything with our work," he said. He added that even if high-ranking politicians were forced to resign, they would not have to worry about being prosecuted.

Bulgaria is the EU country that ranks lowest on the Press Freedom Index. Journalists regularly receive death threats; physical attacks are not infrequent. In mid-March, the investigative journalist Slavi Angelov was beaten in the middle of the capital.

Apart from its stated goal of strengthening press freedom and democracy in Central and Eastern Europe, RFE/RL will also be fighting fake news from Russia. Hungary's media outlets have been getting closer to the Kremlin over the years. "The dominant narrative in the Hungarian media is increasingly anti-Western, nationalistic, authoritarian and increasingly regards Russia as a model," said Kreko, of Political Capital.

Russia's influence in Bulgaria, which is very dependent on the Kremlin economically, is even stronger. Since Russia's powerful oligarchs are "kingmakers," Tchobanov said, Bulgaria's politicians and media outlets are predominantly pro-Kremlin.

China has also been trying to gain influence in Central and Eastern Europe. "We are seeing a renewed push by Chinese propaganda outlets and trolls on social media trying to seize the narrative," Fly said, adding that one of the RFE/RL's main tasks is to fight fake news. He knows that this will not be easy.

"We are nowhere near to that point where we can declare victory and go home," Fly said. "This will be a long process."

Hungary was the biggest stumbling block on the way to agreeing the sixth package of measures, which phase out most oil imports from Russia. The latest sanctions targeting Moscow have now officially taken effect.

The EU has agreed on an oil embargo "light" against Russia. It's a long overdue step after weeks of dispute that have shown cracks in European unity, writes Alexandra von Nahmen.