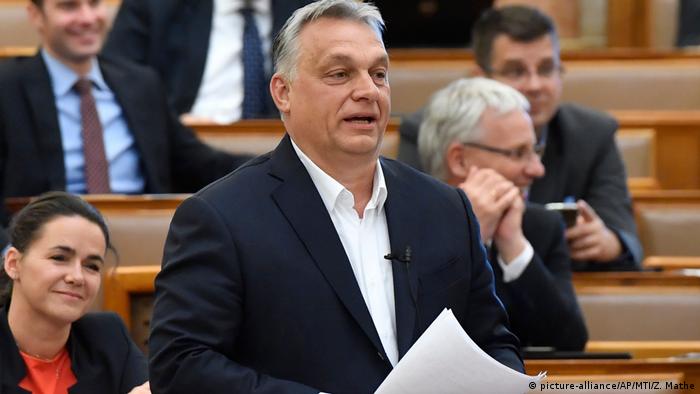 European Commission President Ursula von der Leyen on Tuesday warned European Union nations that action taken to stem the spread of the novel coronavirus should be "limited" and "strictly proportionate."

The head of the EU's executive arm issued a statement a day after Hungary's far-right Prime Minister Viktor Orban was granted sweeping powers to rule by decree without a time limit.

"It is of utmost importance that emergency measures are not at the expense of our fundamental principles and values," said Von der Leyen.

"Any emergency measures must be limited to what is necessary and strictly proportionate. They must not last indefinitely ... governments must make sure that such measures are subject to regular scrutiny."

Hungarian lawmakers passed the bill on Monday with 137 votes against 52 in the lower chamber, where Orban's Fidesz party holds a two-thirds majority. President Janos Ader later signed it into law.

Orban said his government needed the right to pass special decrees under emergency rule in response to the outbreak of the coronavirus SARS-COV-2.

Hungary had 492 confirmed cases as of Tuesday, and 16 people have died from COVID-19, the disease caused by the coronavirus.

The draft also includes the introduction of jail terms of up to five years for people who spread "fake news" about the virus or measures against it, raising anxieties about freedom of the press in Hungary.

Opposition politicians, human rights groups, and Europe's leading human rights organization the Council of Europe have denounced the bill due to the lack of a time limit.

Orban has gradually expanded his powers since taking office in 2010. The 56-year-old leader has had frequent clashes with human rights groups and EU institutions.

Hungary previously prolonged a state of emergency for several years when it extended measures instituted in 2015 over the fear of mass migration, despite a decrease in the number of migrants coming to Hungary.