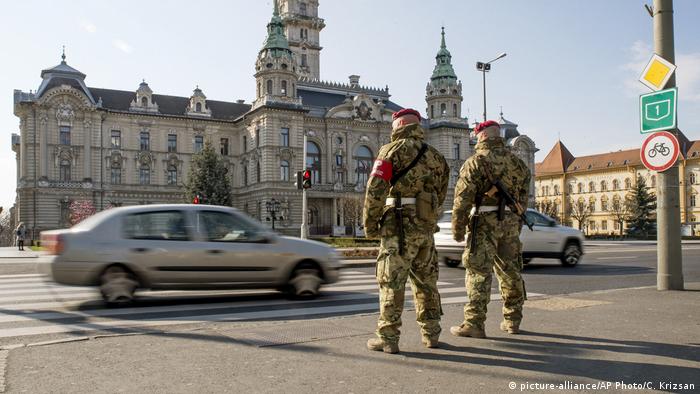 Hungary's parliament on Monday passed a bill that greatly increases the power of the country's far-right prime minister, Victor Orban.

The premier had said the move is necessary to fight the spread of coronavirus. Orban has asked to extend a national state of emergency that would give his government the right to pass special decrees in response to the coronavirus outbreak.

Lawmakers passed the bill with 137 votes against 52 in Hungary's lower chamber. Orban's Fidesz party holds a two-thirds majority there.

The bill allows the government to indefinitely extend the country's state of emergency and the attached rule-by-decree powers, according to a draft of the bill posted on March 20 on the parliament website. Normally such extensions would need approval by Hungary's parliament.

The draft also includes the introduction of jail terms of up to five years for people who spread "fake news" about the virus or measures against it, raising anxieties about freedom of press in Hungary.

Opposition politicians, human rights groups, and Europe's leading human rights organization the Council of Europe have spoken out against the move, which does not make clear how long the emergency powers will be in effect.

"This is the only country in Europe that has unlimited power for an unlimited amount of time," DW's corespondent in Budapest Art Szoczi said. Many governments around Europe have enacted similar emergency powers, but generally with a timeframe limited to between 30 and 90 days.

"Opposition parties are concerned that that means there could be an abuse of power," Szoczi said. "There were actually a number of opposition members who said they agree with the unlimited powers, but not the unlimited amount of time."

Orban has gradually expanded his powers since taking office in 2010. The 56-year-old leader has had frequent clashes with human rights groups and EU institutions. The Council of Europe penned a letter to Orban earlier this month, warning that an "indefinite and uncontrolled state of emergency cannot guarantee that the basic principles of democracy will be observed."

Orban responded, urging Council of Europe Secretary General Pejcinovic Buric to study the text of the law. He also stated, "If you are not able to help us in the current crisis, please at least refrain from hindering our defensive efforts."

EU Justice Commissioner Didier Reynders previously said the EU would assess whether the bill adheres to the bloc s rule of law standards.

"We will verify what kind of text will be adopted … and of course we will verify if it's in line with our vision on the rule of law and fundamental rights, and if it's needed to take an initiative," he told Politico last week.

Hungary previously prolonged a state of emergency for several years when it extended measures instituted in 2015 over fear of mass migration, despite a decrease in the number of migrants coming to Hungary.