How coronavirus challenges open democracies | Europe | News and current affairs from around the continent | DW | 25.03.2020

The corona pandemic is not just a health hazard. A permanent mode of crisis can also endanger open societies. In a state of emergency, the course is set for an uncertain post-corona world. 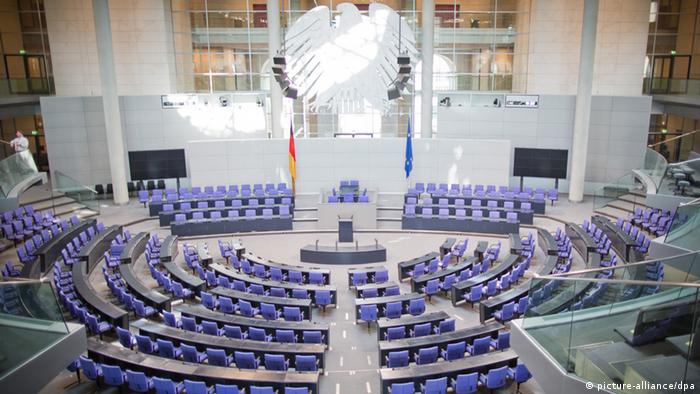 Martin Voss has his hands full these days. He is a sociologist and - now from his home - heads the Disaster Research Unit at the Free University of Berlin. During the coronavirus crisis, he has advised aid organizations, conducted surveys, and offered information webinars. His expertise is in demand. So much so that he has had to persuade former employees to come back to work. "I definitely would not have wished for that," Voss says.

The threat of the virus, the deep interventions in everyday life, the economic difficulties - all this makes the coronavirus crisis Germany's biggest catastrophe since the Second World War. But Voss also draws attention to one other characteristic of a catastrophe: How much these extraordinary events can change society. He predicts: "In retrospect, we will have to make a big distinction between the time before and after corona."

Dark scenarios of riots or food shortages have not yet occurred in Germany, and political squabbles have been put aside and the necessary measures are being borne across society. This makes Voss cautiously optimistic: "We're going into the crisis with a strong social bond."

But over time Voss expects the pressure to increase and the reactions to become more emotional. For example, when goods like medicine have to be distributed and some will not be considered first.

"Those who always felt they were being treated unfairly will now feel like this even more," he says. "And those who felt fully protected might feel like they're losing status."

Voss predicts deep shock at some point and, as a result, a rethinking of social norms and values.

These changes have preoccupied experts around the world. Emergencies "fast-forward historical processes," Israeli historian Yuval Noah Harari has written. In the United States, author Naomi Klein warns of a new "corona capitalism," which could further limit social protection programs. In the EU, Bulgarian political scientist Ivan Krastev predicts a further strengthening of the role of nations against the bloc.

The cancelation of major events and religious ceremonies, curfews, a ban on social contacts - a few weeks ago, such things would have been unimaginable in Europe, especially in Germany, where the memory of Nazi totalitarianism shaped the country's liberal self-image after 1945.

But the further the pandemic spread in Europe, the more willing governments were to follow the methods implemented in China. In the Hubei province, the entire population of almost 60 million was put under curfew. "This was due to the fact that they were in the fortunate position of being able to observe the positive effects of the massive Chinese intervention in the spread of the virus there," Voss explains. China's success has increased international pressure for radical measures - and made these measures possible even in liberal societies.

Are democratic principles endangered by crisis management? "It depends a lot on how long this crisis and the restriction of fundamental freedoms last," says Wolfgang Merkel, head of the Department of Democracy and Democratization at the Berlin Social Science Center. He sees the freedom of movement, assembly, and religion being "massively limited" at the moment.

Merkel is particularly concerned about two possible scenarios. In the first, governments fail to contain the crisis, the number of victims rises and citizens' trust in the system erodes. In the second, the elites rule "with almost authoritarian means" - and they prove successful: "Afterwards it could cause some people to say: hey, we don't really need these parliaments," the political scientist fears.

The threat of the pandemic may also be used by governments as an excuse to expand their own power. This has been the case in Hungary, where Prime Minister Viktor Orban proposed legislation that would allow him to rule by decree. That would mean he could single-handedly suspend existing laws and extend the state of emergency indefinitely.

One of the controversial means in the fight against coronavirus is the use of mobile data. "The pandemic hits us in the age of digitization. There is no historical experience for this," says sociologist Martin Voss. User-location data is being passed on to governments and health authorities in more and more countries. Special apps are already in use to check compliance with quarantine rules.

Germany's Health Minister Jens Spahn also proposed a change to the laws to allow mobile phone tracking to find the contacts of those infected by the coronavirus. After severe criticism, Spahn has withdrawn the bill, at least for now. But if the number of infected people continues to rise in Germany, the balance between the right to privacy and health protection could be different.

Voss looks at this development with concern and describes the question that the critics face in times of crisis: "Should you raise your finger and say, 'it's too much now'? Or is the situation so severe that it justifies almost every measure and every means?"

From subjects to citizens again

Political scientist Merkel is also worried about Europe. He considers it symptomatic that many EU countries unilaterally closed their borders when the virus spread, and wished for more crisis coordination from Brussels. "One of the negative consequences of the crisis will be a further disintegration of the European Union that we observed in the migration crisis in 2015," Merkel expects.

Discussions about the importance of civil rights in times of crisis are problematic, since it will be only after the crisis is over that assessments can be made about which measures worked - and which created undesirable side effects. That is one of the reasons why Wolfgang Merkel calls on citizens to be vigilant. When the climax of the crisis is over, they should urge for fundamental rights to be restored. "The emergency turned citizens into subjects," he said. "Once it's over, they need to become citizens again."