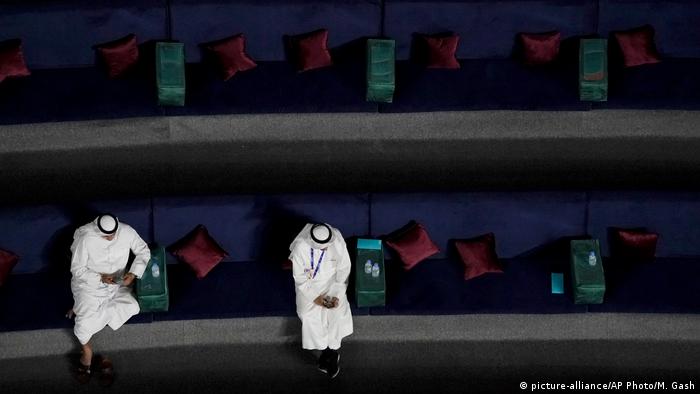 When Paris Saint-Germain (PSG) faced off against Bayern Munich in the 2020 Champions League final, no one expected Qatar to be the inevitable winner. The match was even dubbed a Qlasico, playing on the Spanish word for classic used to refer to legendary matchups.

A decade ago, Qatar's investment arm bought a controlling stake in PSG and has since turned it into the best football team in France's top league. Since 2017, government-owned entities, including Qatar Airways, have sponsored Germany's Bayern Munich.

For Qatar, its bets paid off at the Champions League final no matter who won.

Since the early 1990s, Qatar has heavily invested in promoting its image through sports. Not only has it spent more than $1.6 billion (€1.4 billion) on PSG, it also fought hard to win support for its successful 2022 Soccer World Cup bid.

"It is a strategic understanding of sport and science that guides Qatar," said Fabian Blumberg, who represents Germany's Konrad Adenauer Foundation to Gulf states. "Both serve to expand Qatar's soft power and improve its image abroad." 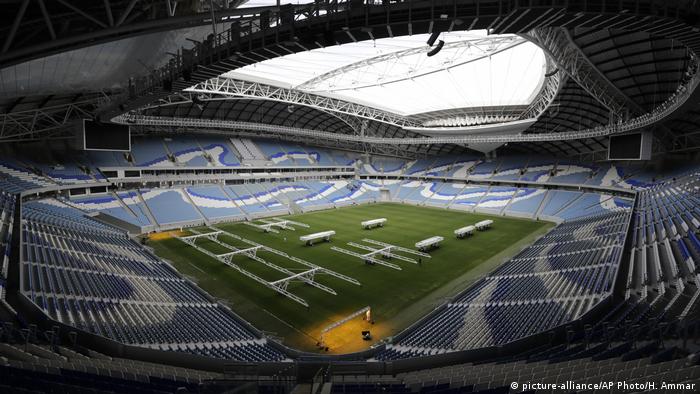 For Qatar, sports have played a pivotal role in boosting its portfolio internationally, but that isn't the only area where the Arab Gulf state has made inroads on the global stage.

As a small country that relies on migrant labor, expat knowledge and oil revenues, Qatar recognizes that it faces an uncertain future. Securing that future is made all the more difficult when accounting for neighboring rivalries, including that with regional heavyweight Saudi Arabia.

"Qatar is a small country with 2.3 million inhabitants, of which 90% are expats, and it has faced regional isolation since 2017," said Blumberg. "This leads to a high degree of self-assertion and a greater need for security." 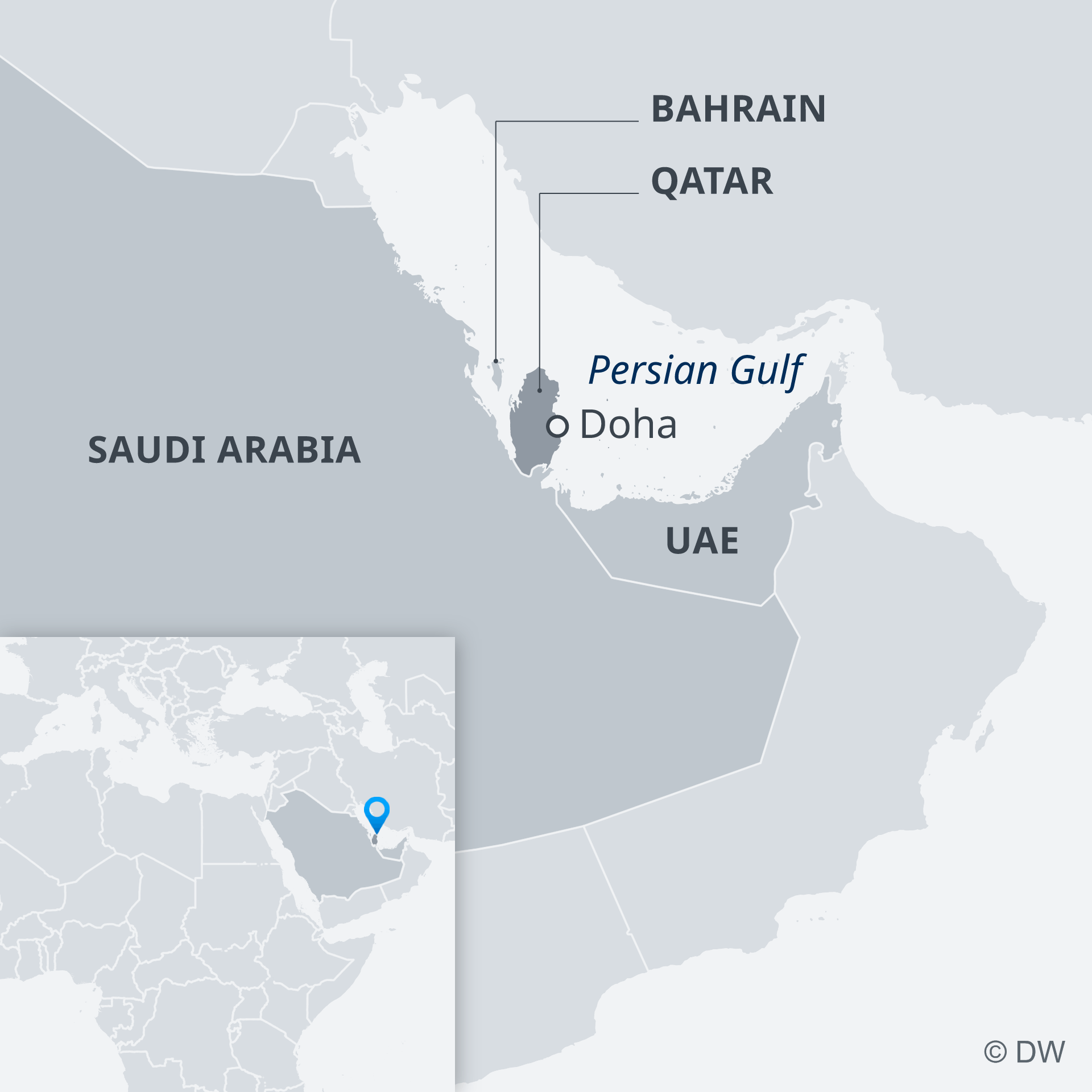 In the mid-1990s, former Qatari Emir Sheikh Hamad recognized the need to shore up support with Western allies, allowing the US to create its largest military base in the Middle East. The Al-Udeid Air Base also plays host to a group within the British Royal Air Force. As such, the base acts as an effective deterrent against incursions by hostile neighbors.

At the 2018 Munich Security Conference, Qatari Emir Sheikh Tamim bin Hamad al-Thani proposed a security pact akin to Europe's 1975 Helsinki Accords to allow for political differences between regional actors while paving the way for economic cooperation. The proposal was met with enthusiasm among European participants.

But enabling its future goes beyond securing support from Western allies.

In 2008, Doha launched the Qatar National Vision 2030 aimed at propelling the country "forward by balancing the accomplishments that achieve economic growth with human and natural resources," according to the government.

Part of that vision seeks to wean the economy from its dependency on oil, which accounts for more than two-thirds of gross domestic product.

Vision 2030 "envisages a vibrant and prosperous country in which there is economic and social justice for all, and in which nature and man are in harmony," according to a statement outlining its goals.

Too good to be true?

Yet, even as Vision 2030 spelled out a more socially just future, Qatar has failed to address wide-ranging human rights concerns, especially those committed against migrant workers.

"At times, they're more concerned with how they look on the international stage rather than what needs to be done to fix the situation on the ground," said Maham Javaid, a research fellow at Human Rights Watch.

"That is one of the issues that affects migrant workers because it becomes more about the Qatari brand than about Qatari human rights violations." 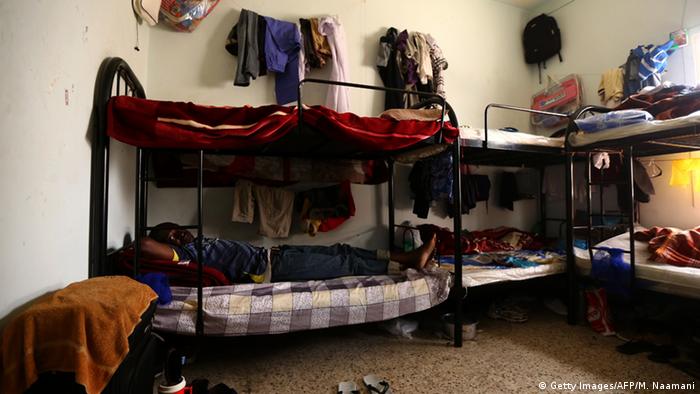 The kafala system monitors residency and employment, primarily in the construction and domestic sectors, for migrants

For years, human rights group have criticized Qatar's so-called Kafala system, which effectively places workers' livelihood in the hands of their employers. As such, employers routinely exploit workers as their legal and residential status are directly under the firm's control.

"The Kafala system creates a real element of fear so that workers can't even ask for their rights, and it leaves employers with the sense that they don't need to give workers their rights," said Javaid. "Because of this air of fear and the notion of retaliation, many other abuses take place."

Although Qatar has pledged to enact wide-ranging reforms to address human rights concerns, including setting up a wage protection system, critics believe little will change without an overhaul of the system.

"Until the Kafala system is abolished, none of these reforms are going to ensure that workers are being paid fairly," said Javaid.

With the 2022 FIFA World Cup set to be Qatar's crowning achievement in its self-styled brand of offensive soft power, its human rights record could undermine its chances to conquer the hearts and minds of the international community.

On June 5, Saudi Arabia, along with several Arab allies, cut diplomatic ties with Qatar in a move that sent shockwaves throughout the Middle East and beyond. DW examines the players, their interests and the implications.

US: Lab monkey missing in Pennsylvania after road crash