In an interview with DW, the German non-fiction author Boris Reitschuster spoke about his new book "Putin's Hidden War," which is about a secret Russian army group in Germany. 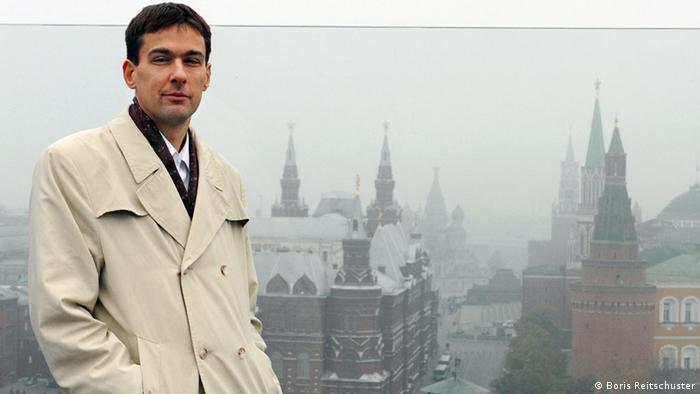 Deutsche Welle: Your book, released on Friday - "Putin's secret war: How Moscow is destabilizing the West" - claims that there is a kind of martial arts-trained secret army controlled by Russian President Vladimir Putin in Germany. Or is this going too far?

Boris Reitschuster: Not too far, although I do not like the word "army." An army is something big and this is not about an army, but instead, a unit. According to estimates made by intelligence services, there are 250 to 300 men involved. These units develop out of martial arts schools where "Systema" - a combat sport that is linked to the Russian special unit Spetsnaz - is taught. These schools are shooting up like mushrooms in the West. I must also say that 99.99 percent of people who work out in these schools have nothing to do with the guerilla groups. You cannot suspect everyone of being a secret Russian fighter.

Yet, several people have actually been recruited. They are sent to Moscow under the pretense of advanced training. That is where they are instructed in the Spetsnaz method for Russian special forces. They are taught hand-to-hand combat, how to use explosives and firearms, and how to carry out acts of sabotage. Then they return to Germany and wait for orders from Moscow. Several of them work for the police and some of them work for the German Armed Forces, the Bundeswehr. Once, when a regional Office for the Protection of the Constitution [Germany's domestic intelligence service, the ed.] detained two such fighters, they said, "We are Russian officers and demand to be treated accordingly."

Are these fighters Russian or German citizens? 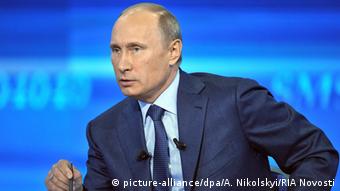 Most of them are German, or they have dual citizenship: German and Russian. Most of them speak Russian. Around four million people from the former Soviet Union live in Germany. In most cases, they are loyal citizens; this must be repeatedly emphasized.

You're saying then that there are 250 to 300 Russian saboteurs waiting for the moment to act, is that correct?

Yes. When I heard it myself and read the documents from the intelligence agencies, I was shocked and did not immediately believe it until I checked with another source. When I seriously confronted the issue, I realized that this is nothing new; the same was done in the GDR era. It is not Putin's brainchild; it is a continuation of KGB methods. Even if we have no information on their role in concrete exploits, it is not very pleasant to think that an explosive could be hidden somewhere.

In 1971, a Soviet Major, Oleg Lyalin, defected to England. He was involved in a similar program. At that time, the United Kingdom expelled over 100 KGB and Soviet GRU military intelligence agents. Why do German authorities not do the same? Don't the intelligence agencies have the same information?

First of all, a German intelligence agency did not show me the documents. It was a western European agency, which is not pleased about the fact that the Germans have neglected this information for such a long time. I also have to say that the creation of such Putin troops, the training for fighters, and the deployment of Russian agents in Germany surprises me less than the naiveté of the West. Our memory of history is much too short. We have forgotten how things were during the Cold War, how the Soviet Union operated and the methods it used. But the Cold War days are coming back and one should take these dangers seriously.

The interview was conducted by DW's Efim Schumann.

Boris Reitschuster is a German journalist non-fiction author. He has written several books about present-day Russia. Between 1999 and February 2015, he headed the Moscow office of the German news magazine "Focus".

Russian fighter jets "buzzed" a US naval ship in the Baltic Sea this week. But the aggressive action won't alter US plans to bolster NATO's eastern flank, where allies fear Russian aggression. (16.04.2016)

Russia is running out of money

Low oil profits, sanctions and structural problems have got Russia's economy stuck in a crisis; their emergency reserves are drying up. Still, the conflict with the West could escalate. (14.04.2016)

Just like the five stages of grief, Russia has a pretty predictable step-by-step response to bad press over the "Panama Papers" leaks. Fiona Clark walks us through it. (08.04.2016)