Russian President Vladimir Putin sealed a number of economic deals during a visit to Greece aimed at reinforcing Russia's relationship with Athens. The visit comes amid ongoing tensions between Russia and the EU. 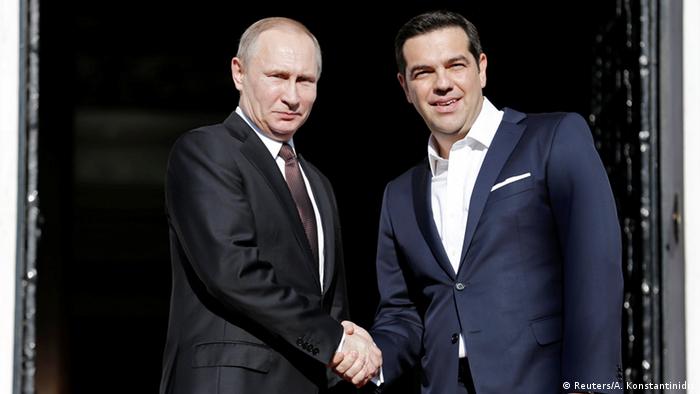 Greek officials said that the prospect of increased trade with Russia could play a part in the country's recovery efforts, as Greece remains in recession despite far-reaching austerity measures. Greece is one of the few EU countries that still keeps friendly ties with Russia.

"I would like to once again emphasize that strengthening our connections with Russia is our strategic choice," Tsipras told Putin, according to a Kremlin transcript.

"We have historical, close religious bonds, and we have the opportunity to further build our economic partnership as well as increase stability in the region and the world as a whole," Tsipras continued.

Putin's visit came as relations between Russia and the EU remain troubled since the Ukraine conflict that broke out in 2014 as well as Russia's annexation of the Crimea peninsula in the same year.

"The issue of Crimea is over forever, based on the will of the people who live there. Russia will never negotiate on this issue," Putin said Friday in Greece.

Except for tourism, the Russian and Greek economies share little common ground, despite a series of agreements signed between the two nations over the years. 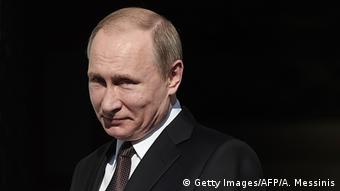 Putin will visit Russian monasteries in Greece during his trip

However, the two nations are keen to work more closely together in the future. Trade, energy, and migration are all reportedly on the agenda during Putin's two-day visit. The two countries also want to revive plans to build the Turkish Stream natural gas pipeline, which would bypass Ukraine entirely. But tensions between Moscow and Ankara over Syria have sidelined the project in the past year.

Moscow also seems to be interested in investing money in a number of privatization deals in Greece, such as the port of Thessaloniki. Greece has repeatedly turned to Russia in the past to ask for funds, as the economic crisis in the country deepened. In addition to its debt problems, Greece also now has to deal with being on the frontline of the biggest mass migration in Europe since the end of World War II.

Sanctions in the way of stability

Greek Prime Minister Alexis Tsipras criticized what he branded a vicious circle of sanctions imposed on Russia, while stressing that Greece belonged to the EU "and respects absolutely its commitments to the international organizations to which it belongs."

EU leaders are scheduled to discuss whether to renew existing sanctions on Russia's banking, defense and energy sectors in June. These sanctions are likely to be extended; however, German Foreign Minister Frank-Walter Steinmeier said that resistance is growing within the EU. A unanimous vote is required for the motion to pass.

Russian Prime Minister Dmitri Medvedev said recently that a counter-embargo on EU food products would be stretched to the end of 2017.

"The issue of sanctions is not our problem. We did not impose them; we took measures to respond to them," Putin said.

"As soon as they are lifted, we will take analogous steps toward our partners."

Putin is also due to visit Mount Athos during his trip, which is also known as the Holy Mountain. Located on a peninsula in the Aegean Sea, Putin is scheduled to visit the Saint Panteleimon Monastery there and meet with the mostly Russian monks who have resided there for a full millennium now.

At the monastery, he is expected to be joined by the head of the Russian Orthodox Church, Patriarch Kirill, who arrived in Thessaloniki earlier the same day.