Vladimir Putin has said the EU and the US had violated the principles of the World Trade Organization by imposing sanctions. A number of countries have implemented trade embargos over the war with Ukraine. 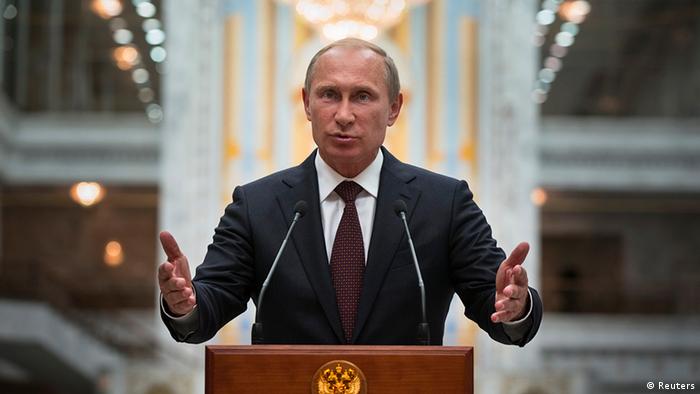 During a meeting with the senior government officials on Thursday Russian President Vladimir Putin said, "Limits introduced against Russia are none other than a rejection by some of our partners of basic WTO principles.

"This is all done in a politicized manner, without any observation of WTO norms," he added.

Both the EU and the US imposed sanctions on Russia in different phases following its intervention in Ukraine. In exchange, Russia also announced a one-year ban on imports of food from the rest of the EU and the US.

The Russian president said that to compete with the sanctions, the country needed to develop its own domestic market. To achieve that goal, Putin said, creation of a competitive environment for business financing was required.

The Polish minister then went on to say that Poland was taking action against Russia's new import ban.

Pickett said the issue can be brought under the notice of the WTO's Dispute Settlement Body (DSB), which will convene a panel to look at the case. The DSB is made up of representatives of all WTO member states.

Meanwhile, Japan announced late Wednesday that it was considering imposing further sanctions against Russia over the conflict in eastern Ukraine. The announcement may come on Friday, reported Japan's Kyodo News agency.

Earlier in August, Japan imposed lesser sanctions and froze assets held by individuals or groups considered to be directly involved in Russia's annexation of Crimea or the instability in Ukraine.

Officials in Kyiv and Strasbourg cheered the ratification of a historic association agreement between Ukraine and the European Union. Russian pressure however, has forced a delay in the implementation of the deal. (16.09.2014)

The Ukrainian parliament has approved measures that will give the eastern regions of Donetsk and Luhansk limited self-rule and grant amnesty to many pro-Russian separatists. The law also calls for local elections. (16.09.2014)