Russian President Vladimir Putin has ordered the defense ministry to start the withdrawal of troops from Syria, but Russia will still maintain forces at two bases. The significance of the announcement is unclear. 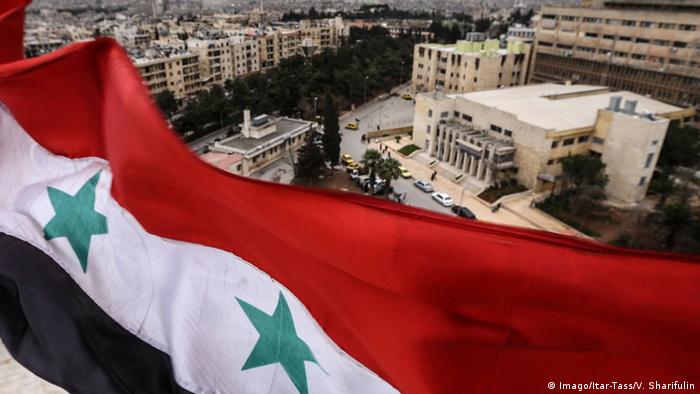 In a surprise move on Monday Russian President Vladimir Putin told his defense minister to begin withdrawing the majority of Russia's forces from Syria, saying the focus now should be on a political solution in the war-torn country.

"The task that was set before our defense ministry and armed forces has, as a whole, been completed and so I order the defense ministry to, from tomorrow start the withdrawal of the main part of our military contingents from the Syrian Arab Republic," Putin told Defense Minister Sergei Shoigu in televised comments.

But the significance of the announcement remains unclear given Putin's penchant for propaganda and the opaqueness surrounding Russia's military actions in Syria.

Putin said forces at Russia's Cold War era naval base in Tartous and the Hmeymim airbase in Latakia province, from which Moscow has been launching airstrikes in support of Syrian regime forces, "will function as they did previously."

Few details were provided about when the withdrawal would be completed.

The United States said it had no advance notice of the Russia decision.

Five months of Russian airstrikes in support of Syrian President Bashar al-Assad have changed momentum in the war, bolstering the regime at a time when foreign backed rebels had been making significant battlefield gains.

President Vladimir Putin's announcement that Russia is beginning its withdrawal of forces from Syria came as a complete surprise. DW's Moscow correspondent Emma Burrows looks at why the decision has been made now. (15.03.2016)

Staffan de Mistura, the UN envoy to Syria, has said he sees a presidential election being held in 18 months. Next week's round of peace talks should be the start of the process towards the vote. (11.03.2016)

Thirty aid agencies believe UN Security Council members have undermined their own commitments on Syria. They say the past 12 months has seen a "horrendous escalation in violence" and civilian displacement. (11.03.2016)

"The effective work of our military created the conditions for the start of the peace process," Putin said.

A new round of Syria peace talks between opposition groups and regime representatives kicked off on Monday in Geneva, but those UN negotiations face serious hurdles.

A February 27 ceasefire between warring parties brokered by Russia and the United States has largely held despite some violations. The lull in fighting has allowed humanitarian aid to reach tens of thousands of civilians under seige.

After Putin and Assad spoke on the telephone about Russia's decision, Damascus issued a statement saying the military withdrawal was in line with "the continuation of the cessation of hostilities and in accordance with the situation on the ground."

The statement said Russia had agreed to supporting Syria in "combating terrorism."

Russia and Syria view nearly all Western-backed rebel groups, as well as the "Islamic State" and the al-Qaeda affiliated al-Nusra front, as terrorist groups.