Putin gets his COVID jab as Russians stay away from Sputnik V | Europe | News and current affairs from around the continent | DW | 23.03.2021

As Europe struggles with vaccine shortages, Russia's COVID 19 vaccine Sputnik V is widely available. But the country's vaccination campaign has a trust problem — one even the Russian president may not be able to solve. 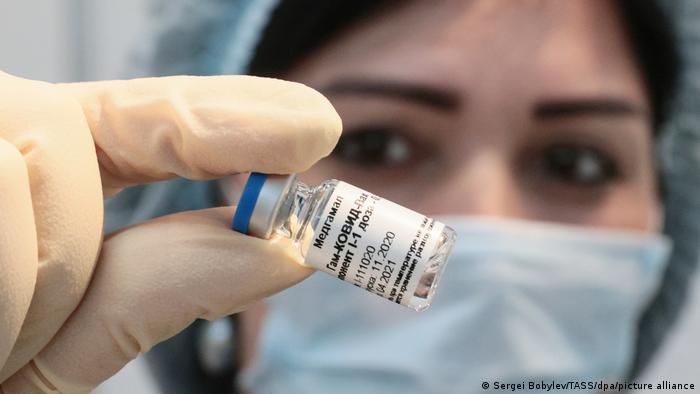 Vladimir Putin has become infamous for showing off his bare torso in photos. But when it comes to the coronavirus vaccination, it seems Russians won't even get to see him roll up his sleeves.

This week Putin announced he would get a COVID 19 vaccination by the end of the day on Tuesday. Kremlin spokesman Dmitry Peskov confirmed the Russian president received his jab on March 23 with one of the three Russian vaccines currently available. "He feels good and will have a normal working day tomorrow," said Peskov.

Earlier, the spokesman had said people will "have to take our word for it"  — because Putin "doesn't like" the idea of getting the jab live on camera, like other world leaders before him. 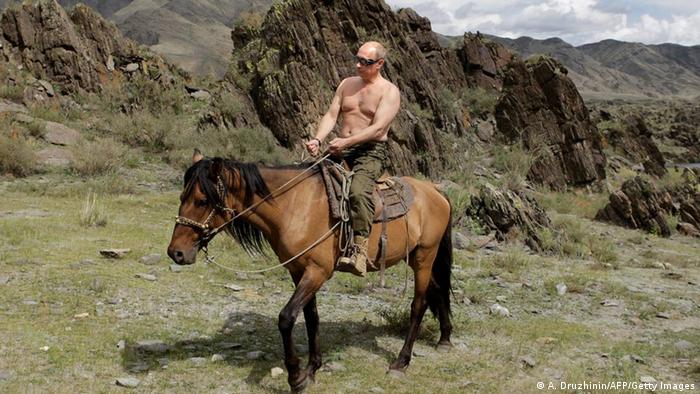 Putin doesn't usually miss an opportunity to take his shirt off

There has been widespread speculation in Russia about why the president wasn't the first in line to get the Sputnik V coronavirus vaccine after Russia launched its vaccination campaign in early December. Initially, Putin said he wouldn't get the jab because of his age, then because it conflicted with his vaccination schedule.

Sputnik V was named after the world's first satellite in a nod to the Cold War space race. It was rushed out last year despite reports that the third phase of trials was not completed. Putin has called the Russian vaccine "the best in the world" and this week boasted that 55 countries have approved the vaccine. The EU is currently reviewing Sputnik V ahead of a possible approval. In February, peer-reviewed research published in The Lancet showed the vaccine to be 91.6% effective. Along with Sputnik, one more Russian vaccine is already available and another is about to be introduced.

DW spoke to representatives of two European tourist agencies, one based in Norway and one in Italy, who confirmed plans to organize vaccination tours to Russia, which would allow travelers to get two doses of Sputnik V and go sightseeing to boot.

Pietro di Febo, the director of the Italian tourist agency Eurasian.Travel told DW that there is already a huge demand for the vaccination tours, even though his company has not even started advertising them yet. Febo said there are currently 250 people on a waiting list for an immunization trip, even as Russia's health minister this week insisted the vaccine is currently just for Russian citizens and not for foreign tourists.

But so far Russia's vaccine rollout is more successful abroad than at home. This week, Putin said just over 6 million Russians have received at least one coronavirus jab. Russia's vaccination rate (currently around 6 doses per 100 people) is slow even in comparison to countries like Germany, where the pace of the vaccination effort has been facing huge public criticism. Russian government officials have said they hope to vaccinate 68 million Russians — or 60% of the population — by the summer, in order to reach herd immunity. 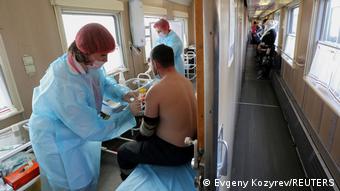 Russia's vaccine rollout has been slow

But the government could be facing an uphill battle. A February survey by the independent pollster Levada Center shows that 62% of Russians do not want to be vaccinated with Sputnik V. And the number of people refusing to get the jab has been rising steadily over the past few months.

Sociologist Denis Volkov thinks the slow pace of Russia's vaccination campaign is due mainly to skepticism. "There is a lot of disbelief that [the coronavirus] is a serious illness. And that affects the number of people who are willing to get vaccinated," the deputy director of the Levada Center tells DW. The pollsters' most recent survey also shows 56% of Russians say they aren't afraid of COVID-19. while nearly two-thirds of Russians believe that "the virus was created artificially and is a new type of biological weapon."

At a small market in the center of Moscow, both the sellers and customers confirm the statistics. People tell DW they don't plan to get vaccinated. "I won't go for anything in the world. This isn't a vaccination, it's a genetic engineering experiment," a man buying pomegranates at the market's fruit stand insists.

A saleswoman at the alcohol stand chimes in, explaining that she thinks her flu jab will be enough to protect her from COVID 19. "I was born in the Soviet Union. I'm not afraid of anything in this life. Nothing at all." She adds: "Let Putin go get the jab — I'm not going. Just because he is doesn't change anything for me." 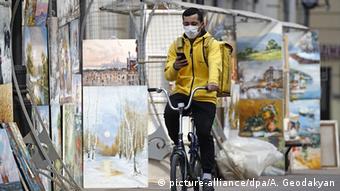 There is widespread skepticism about COVID-19 in Russia

But others do take their lead from him. Experts say Putin's refusal to get vaccinated so far has impacted the pace of Russia's vaccination effort. "Two-thirds of people approve of his actions. For that two-thirds of Russians, it's significant whether the president has been vaccinated or not," Levada Center's Volkov says. He believes that the authorities should be encouraging politicians and pop stars to get the jab. "Everyone who people trust should get vaccinated — on camera," he adds.

Konstantin Kalachev, an independent political analyst, says Vladimir Putin's refusal to get vaccinated in front of cameras "will raise doubts — especially because he is known to be proud of his body, his macho image and masculinity."

He has his own theory about why Putin waited so long to get the jab. "I think Putin is a skeptic himself when it comes to vaccinations. He's one of us, he's like a mirror image. If most Russians don't want to get vaccinated and are afraid of side effects — well, Putin couldn't have become Putin if he wasn't just like the majority of Russians."