Pro-European Union demonstrators want to get rid of Albania's prime minister. Opposition leaders fear the country could lose out on joining the EU if he stays in office. 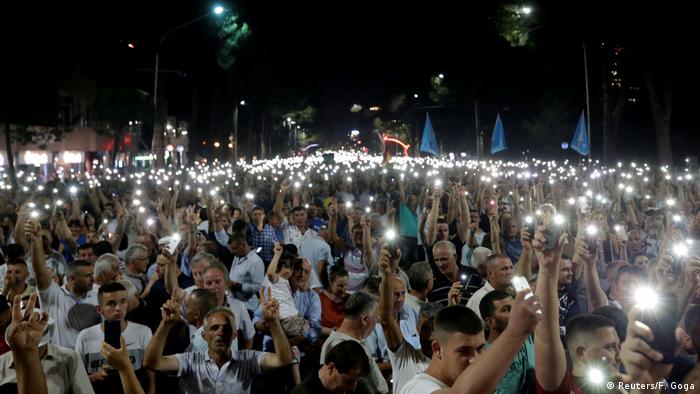 Albanian Prime Minister Edi Rama is coming under increasing pressure to quit over accusations of election fraud, as well as links to criminal organizations.

Thousands of protesters took to the streets on Monday and chanted for Rama to go as the crowds called for "Albania to become like the rest of Europe" in order to join the European Union.

Opposition parties have set up demonstrations in recent months, claiming that the Socialist government has links to organized crime and demanding fresh elections as a result. They say the country's accession to the EU will be blocked if there is no change in power. 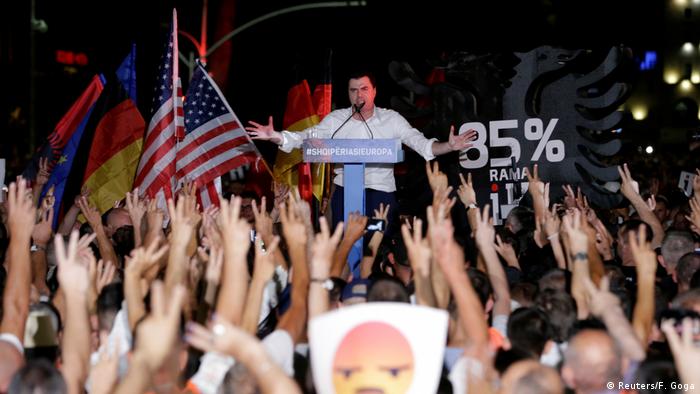 "Albanians want true change now, final change, and we will pursue every avenue and use every tool to oust Rama from power," Democratic Party leader Lulzim Basha told the crowd. "If he does not leave, there will be no EU integration, rule of law or justice."

Monday's protests were peaceful. Previous rallies included violent clashes, tear gas being used by police, and the use of petrol bombs.

Rama, who won a second term in 2017, has dismissed the Democrats' concerns about the outcome of the election.

EU member states will decide later this year whether to begin talks with Albania and North Macedonia after the European Commission recommended both as potential entrants to the bloc.