Sixty-five opposition lawmakers resigned from parliament ahead of protests calling for the government to step down. The EU warned against a repeat of weekend violence and called the resignations damaging to democracy. 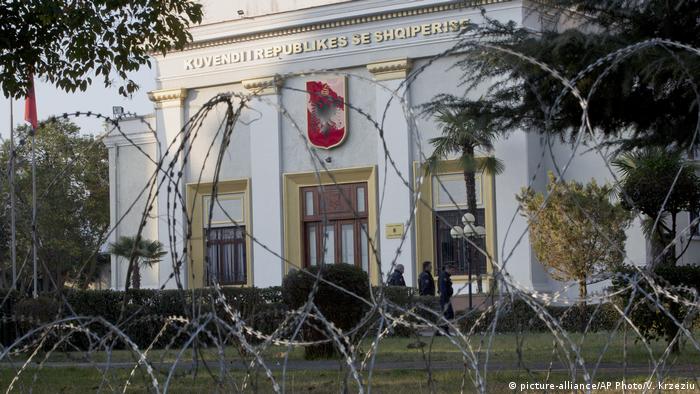 Thousands of opposition supporters flooded the Albanian capital, Tirana, on Thursday calling on the government to step down, claiming it was corrupt and had ties to organized crime.

A session of parliament was canceled as police rolled out razor wire to protect the building.

All 65 opposition parliamentarians, led by the center-right Democratic Party of Lulzim Basha, have resigned and joined protests against Prime Minister Edi Rama. The governing Socialists have 74 seats in the 140-seat parliament.

At an opposition rally on Saturday, protesters threw stones at the prime minister's office and the government headquarters and tried to break in. Police used tear gas, flash grenades and water cannon to keep protesters away.

The crisis has plunged the tiny Balkan nation into political uncertainty amid mounting concern demonstrations could morph into further violence. 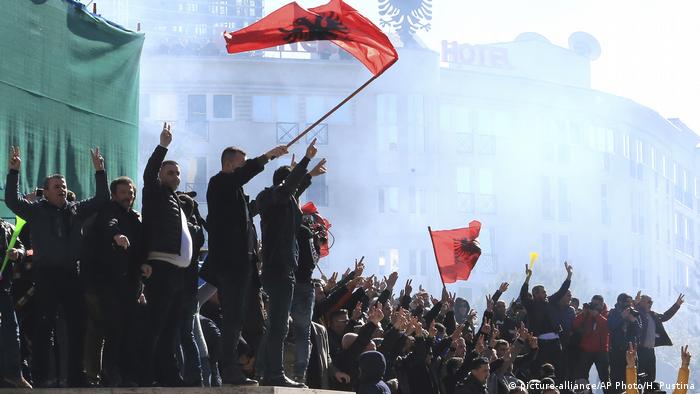 "We reaffirm the right of citizens to engage in peaceful demonstrations as an essential feature and a core value of democracy, but we strongly denounce any rhetoric by political leaders calling for violence," EU foreign policy chief Federica Mogherini and Enlargement Commissioner Johannes Hahn said in a joint statement.

"Furthermore, the decision by the opposition to relinquish their mandates seriously hinders the functioning of democracy in Albania. The Parliament is the place where reforms and relevant developments should be discussed and taken forward, not boycotted," they said.