Prosecutors have arrested two former Bundeswehr soldiers accused of being the ringleaders of an attempt to form a terror group. The planned paramilitary unit in Yemen would have put civilian lives at risk, they said. 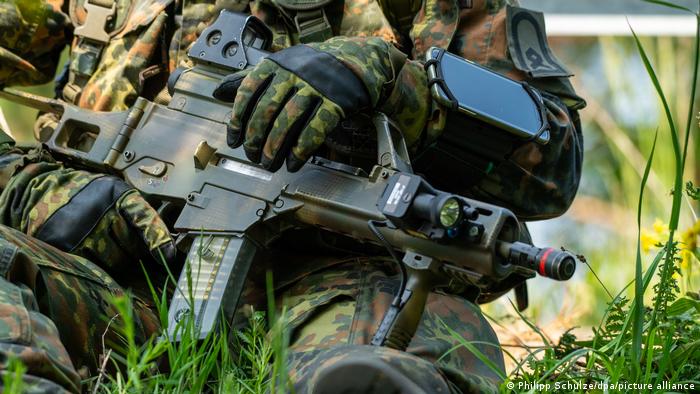 The two suspects are both former Bundeswehr members

German federal prosecutors said on Wednesday they had arrested two former Bundeswehr soldiers who are "strongly suspected" of having attempted to form a paramilitary unit made up of other former soldiers or police officers.

In a statement, the prosecutors said the two men, identified according to German privacy laws only as Arend-Adolf G. and Achim A., had been primarily motivated by an expected monthly payment of around €40,000 ($46,560) to each member of the unit.

The unit was planned to consist of between 100 and 150 mercenaries and be under the sole command of the two men who have been arrested, the statement said.

According to the prosecutors, the two men wanted to deploy the unit to carry out combat operations in the ongoing civil war in Yemen with the aim of "pacifying" the region and forcing Houthi rebels and the Yemeni government to negotiate.

In Yemen, a conflict has been raging for years in which Shiite Houthi rebels, generally believed to be backed by Iran, have been fighting the government. Saudi Arabia has intervened militarily in the war on the side of the government to combat what it sees as an attempt by its regional archenemy, Tehran, to gain power in the region.

The two men were arrested in southern Germany, one in the city of Munich and the other in the Black Forest region of the state of Baden-Württemberg, the statement said. 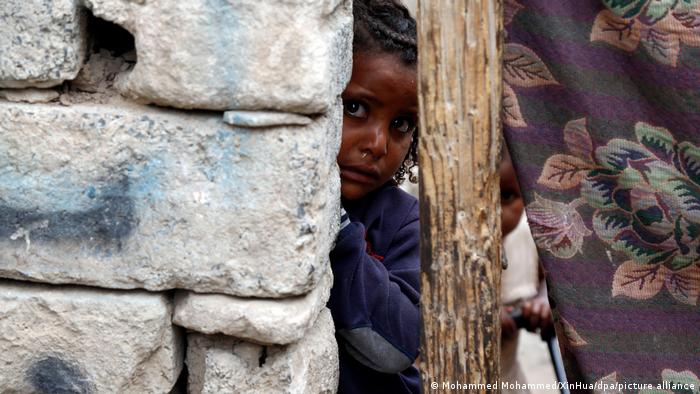 The war in Yemen has caused widespread suffering, with children being particularly affected

Later on Wednesday, a judge with the Federal Court of Justice in Karlsruhe approved holding the men on charges of trying to form a terrorist group. Germany's Justice Ministry also clarified that the two suspects' association with the Bundeswehr was at least 25 years in the past.

The two men were aware that the planned unit would have to kill people during operations and that civilians could also be killed or injured, the prosecutors said, adding that the suspects also had plans for the group to act as mercenaries in other conflicts.

According to the prosecutors' statement, the two ex-soldiers wanted to gain funding primarily from Saudi Arabia, with Achim A. having tried for some time to enter into dialogue with Saudi representatives — so far, in vain, as no one on the Saudi side had reacted.

Although the unit has not yet been formed, prosecutors said Arend-Adolf G. had already contacted at least seven people to sound out whether they were interested in joining.

According to German news magazine Der Spiegel, the two men worked for the controversial security firm Asgaard after their time in the Bundeswehr as paratroopers. The magazine said that Arend-Adolf G. had at times been the managing director of the company.

The reports involve "several dozen soldiers" from a battalion that carries out ceremonial duties. The troops are also being investigated for sexual abuse, the Defense Ministry said.

Germany and the Middle East: A tale of morals and markets

Germany's foreign policy is explicitly values-based. But what happens when democracy, the rule of law and human rights collide with the logic of trade and business?