Investigation opens into German mercenaries in Somalia | Germany | News and in-depth reporting from Berlin and beyond | DW | 26.05.2010

The public prosecutor in the German city of Muenster has opened an investigation into reports that a German security firm is sending mercenaries to a Somali warlord amid concerns the deal violates UN sanctions. 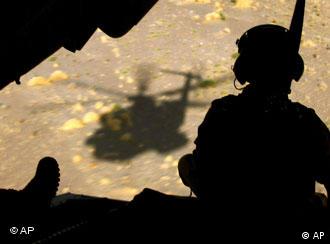 The deployment of former soldiers has been heavily criticized

A German public prosecutor on Wednesday began an investigation into reports that a German security firm has been contracted to provide a Somali warlord with more than 100 German ex-soldiers.

"We are checking whether the offence of recruiting for a foreign army has been committed here," Schweer said.

Ahmad Darman, who is based in the United States, claims he is the legitimate president of Somalia. In an interview with German public broadcaster NDR, he said the soldiers "would be ordered to fight if necessary. They will fight alongside our units." 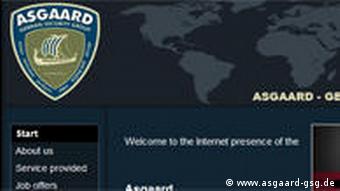 Asgaard's deal with the Somali warlord has caused outrage

Asgaard said in a press release "the contract includes wide-ranging tasks and areas of competence: from strategic planning to security to implementation of all measures that are necessary to restore peace and stability."

Asgaard's managing director, Thomas Kaltegaertner, has declined to comment on the Muenster prosecutor's investigation, according to German broadcaster ARD.

German lawmakers have also come down hard on the deal, criticizing it as a potential violation of United Nations sanctions against the conflict-stricken East African country.

Rainer Arnold, defense spokesperson for the opposition Social Democrats described the Asgaard deployment as "not acceptable," adding that "legislation should be created to limit such things." 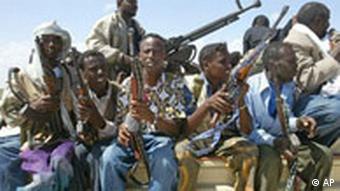 The German soldiers are to fight alongside Somalis

Greens parliamentarian Omid Nouripour said Tuesday his party would investigate the deployment. Nouripour also criticized the German government for not implementing tougher laws to prevent ex-soldiers from serving as mercenaries in foreign wars.

The German Foreign Ministry acknowledged that it knew nothing about the contract or the activities of Asgaard. The Defense Ministry also confirmed that it has never entered into any contractual agreement with the company.

Security experts warn that a Somali warlord backed by highly trained Western soldiers could shift the fragile political balance in the country and spark a bloodbath.

"If a German company now trains and supports a Somali warring faction then it is surely against the interests of the German government," Annette Weber from the German Institute for International and Security Affairs told NDR.

A German security company has sealed a deal with a Somali warlord that politicians say violates UN sanctions. According to German TV, more than a 100 former Bundeswehr soldiers will fight as mercenaries in Somalia. (23.05.2010)

The European Union has launched a new military mission to train some 2,000 Somali soldiers in Uganda in mine awareness and urban combat. The mission is aimed at stabilizing Somalia's transitional government. (08.04.2010)