Italy's Domenico Lucano has received international awards and has been depicted in films for his efforts to integrate refugees. Now he stands accused of facilitating sham marriages and mismanaging public funds. 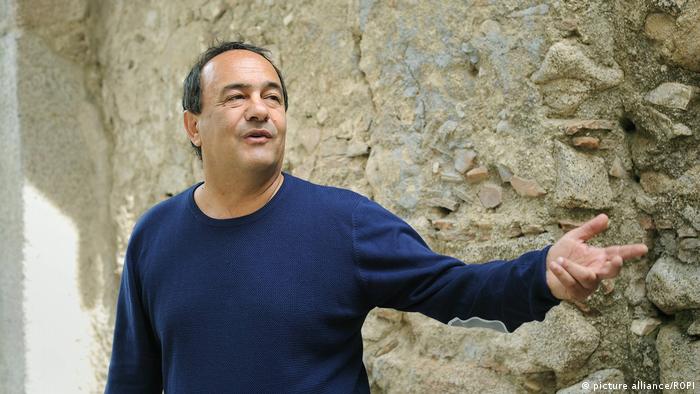 The mayor of an Italian town, once lauded for his integration efforts, was arrested on suspicion of fostering illegal immigration on Tuesday. Mayor Domenico Lucano of Riace was also charged with corruption, police said.

Lucano has been mayor of Riace, a town in Italy's economically depressed and isolated region of Calabria, since 2004. He became famous during the 2015 European migrant crisis for welcoming 450 refugees in a village of just 1,800 inhabitants. The influx of newcomers revitalized the town, prevented the primary school from closing, and has been celebrated around the world as a paragon of integration.

In 2010, Lucano was second runner-up in the World Mayor competition, and he was even going to be depicted in an Italian film produced by public broadcaster Rai, which has been pulled due to his legal entanglements. He was awarded Germany's Dresden Peace Prize in 2017.

As part of a wide-ranging investigation called "Xenia," authorities are also probing several people close to Lucano and are investigating whether Riace mismanaged loans given to the town by the Interior Ministry for resettling refugees.

According to Italian daily Corriere della Sera, the GdF wrote of the "particular ruthlessness" exhibited by Lucano in pretending to the world that his administration was a wholesome example of humanitarianism. He even went so far recently as to threaten to launch a hunger strike if his town did not get more funds from the Interior Ministry, saying that 160 refugees, including 50 children, would starve otherwise.