Riace, the village that loves immigrants | Europe | News and current affairs from around the continent | DW | 11.12.2013

Asylum seekers often risk their lives to cross the Mediterranean Sea only to find they are not all that welcome in Europe. A tiny Italian village has proven to be an exception. 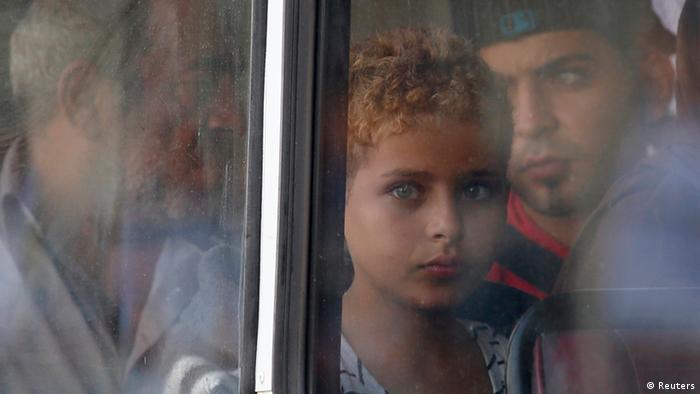 As the sun comes up on the little village of Riace on the southern coast of Italy, two men leading two donkeys pulling two carts make their way through the narrow streets. It's Riace's eco-traditional refuse collection.

Only of the men is Italian. Romano's ancestors built this village a thousand years ago, five miles back from the sea to make it less vulnerable to pirate raids. The other man is an immigrant.

Many Italians still see the people who "come from the sea," as they put it here, as a threat. In another Calabrian village, Rosarno, there have been clashes between local people and immigrant farm workers. But this is not the way in Riace. The man working with Romano is one of the 300 people living in this village of 1,700 that "come from the sea."

Daniel, 32, is from Ghana. He lives in Riace with his wife and two sons. Five years ago, he crossed the Mediterranean to Italy's southernmost island of Lampedusa. He laughs when I ask him if it was a dangerous crossing. "Of course, yes!" he says. "Three days and three nights we were in that boat," he says. "We take a risk but what can we do? We have to take it. When you survive, you survive…"

Daniel knows he was lucky to make it ashore on Lampedusa. He was even luckier that there was a little Calabrian village that not only wanted to help people like him, it wanted them to come and live there. Calabria is a poor part of Italy, where economic life is polluted by the mafia. In villages like this, young people usually leave the first chance they get. But, says Domenico Lucano, Riace's leftist mayor, the immigrants he has encouraged to settle in his village have replaced the people who left, reversing his village's decline.

"Before, all these buildings were empty and falling into disrepair," he says, pointing at the surrounding houses. "Riace was turning into a ghost town. But we re-built them and now there are families here. Thanks to them, we managed to keep the school open as well."

"Where are you from?" he calls out to a group of children standing in front of their house. "Afghanistan," they reply. "You already speak Italian?" "Yes, we do."

"It's very important to have immigrants here - they do jobs Italians no longer want to do," Lucano points out. They look after old people, or work in the olive groves for the olive oil cooperative. There's a Somali who's opened a restaurant, four translators and all sorts of shops and workshops. One makes traditional Riace pottery decorated with fine colored stripes.

But what do the Italian villagers think of the sudden arrival of all these immigrants?

New life for an aging village

In the café, this is a question the old men do not want to answer, wagging their fingers in refusal. But one, much younger man, agrees to speak, though he doesn't want to give his name. "It is a beautiful thing!" he says. "Riace is full of people! Before, it was empty." He adds it's very good for the men from Riace, because they can work in the associations that work with the immigrants so there's more work than before. "The only thing is that, when it comes to jobs, I think they should be given to Italian citizens first. At the moment the immigrants get more opportunities than we do!" 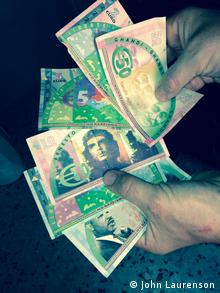 One of the things people usually don't like about immigration is that it dilutes local culture. In this little corner of Italy, inviting immigrants to come and live here is allowing an old rural way of life to continue, as well as some of the craft traditions that go with it.

In a glass workshop, an Afghan called Marie cuts glass with a diamond knife. She's making a mosaic of a jockey on his horse to be sold in the shop next door. She receives 500 euros a month in regional subsidies, in addition to 200 euros she gets for being an asylum-seeker.

For Marie, who has been in Riace for 10 months, this job is a God-send. "In Afghanistan, I was always at home doing nothing. Women have to stay at home. I hardly ever left the house," she says. But it was something else that made her leave Afghanistan: her three children. "The eldest, Mariana, started having problems with the Taliban. They wanted her to get married. She's 12!"

The financial aid asylum-seekers like Marie receive also feeds the local economy because this money is mostly spent in local shops. Since these benefits often arrive late, Riace prints its own banknotes with pictures of Martin Luther King, Che Gevara and Gandhi on them.

You can buy groceries and clothes with this currency. Every so often the retailers cash in their Gandhis for real euros.

Developments in Riace depend to a large degree on hand-outs of government and EU money. But this village is getting something in return. When Mayor Lucano ran for election he had a slogan: "The poorest people in the world will save Riace and we will save them."

The Frontex border protection agency uses high technology to coordinate activities on the EU’s external borders. But even before its launch the new Eurosur system has drawn criticism in matters of human rights. (29.11.2013)

Listen to John Laurenson's radio report for Inside Europe