Eurosur - surveillance or protection for refugees? | Europe| News and current affairs from around the continent | DW | 29.11.2013

The Frontex border protection agency uses high technology to coordinate activities on the EU’s external borders. But even before its launch the new Eurosur system has drawn criticism in matters of human rights. 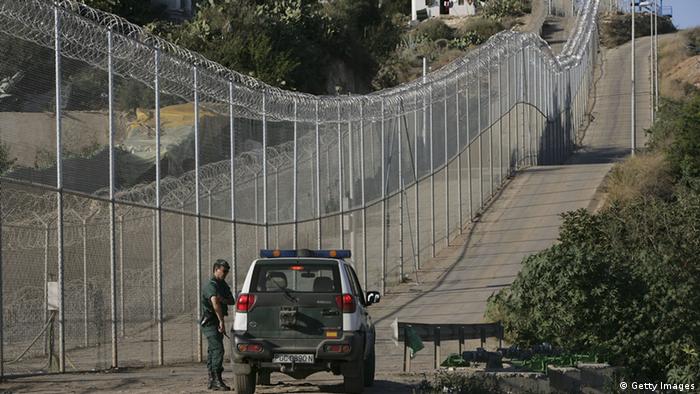 The control center of Eurosur, the EU's new border control system, is a big office with no windows. A map of Europe on a giant screen dominates the room at the EU's Frontex border protection agency in Warsaw.

A number of small red dots are circulating on the map. "Every dot means that the system has registered fresh data," explained Michael Juritsch, Eurosur's project coordinator. Here at Frontex, they speak of "incidents." A red dot can mean that smugglers have been detected, or that a boat with refugees coming from Africa has been sighted. (Pictured above: The heavily fortified border in Spain's African enclave of Melilla.)

"Eurosur's main component consists in making a network available with the goal of curbing organized crime and rescuing people who are in distress at sea," Juritsch said. Eurosur is supposed to help assess long-term developments better. But officials in Warsaw also hope the system will enable them to react more quickly to tragedies at sea. In early October, at least 390 African refugees died off the Italian island of Lampedusa. 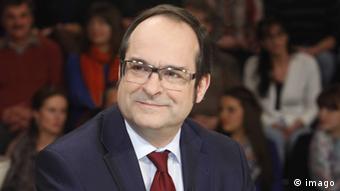 Running the system will cost the European Union some 144 billion euros ($196 billion) overall until 2020. Helicopters, drones and satellites collect data locally and feed it into the system.

"Member states can decide themselves which data they make available to others. That means if the Greeks say they absolutely need to know what is going on off Lampedusa, then a bilateral agreement between Greece and Italy applies," Juritsch explained.

Member states' border protection authorities also decide themselves which "incidents" they pass on - and whether they report all of them. It can still take up to six hours for aid workers to be on the ground when a capsized boat carrying refugees has been detected.

That's not the only reason why the new system is being met with criticism. Rights group Human Rights Watch accused Frontex of not knowing itself what it wants to do with Eurosur.

"We are critical of the fact that the rescue of refugees is not its priority. It's still embryonic," said Wenzel Michalski, a representative of HRW in Berlin. He said Eurosur only strengthens what he calls "fortress Europe": "Frontex is the Big Brother of the Mediterranean region because its role is to deter refugees. Its role should be to protect refugees."

Human rights have to be respected, Michalsky said. "Using high-tech methods, refugees are detected and sent back to their countries where they're at risk of deportation, execution or torture" - something Frontex must not allow, he added.

Eurosur only a 'framework' 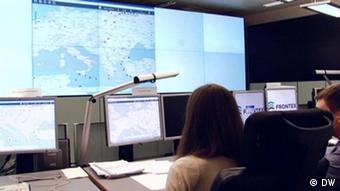 The Eurosur control center in Warsaw

Frontex representatives do see themselves in the role of "Big Brother" in the Mediterranean region. But they say the ocean is simply too vast to be monitored in its entirety. Juritsch said the name 'Eurosur' - European surveillance - is a bit of an unfortunate choice in this context.

"If you look at the name, it obviously sounds like a system of surveillance. But really Eurosur is just a framework making different tools available to guarantee the exchange of information between member states." He said he didn't agree with claims that Eurosur would deter refugees from leaving their countries of origin.

Whether Eurosur can save people's lives, as Frontex has suggested, or whether Europe is instead intensifying its fortification will only become clear after December 1, when Eurosur is officially launched. In a first step, EU member states bordering non-EU countries have already implemented national coordination authorities.

One thing is clear: the system's quality will depend entirely on the level of collaboration between local border protection authorities.

The second migrant tragedy in just over a week in the Strait of Sicily has sharpened calls to allow safe passage for asylum seekers. The most recent accidents have killed at least 400 people. (12.10.2013)