Peter Gay, author of popular books including a history of the Enlightenment and the biography of Sigmund Freud, has died. The 91-year-old historian had emigrated from Nazi Germany to the Americas in 1939. 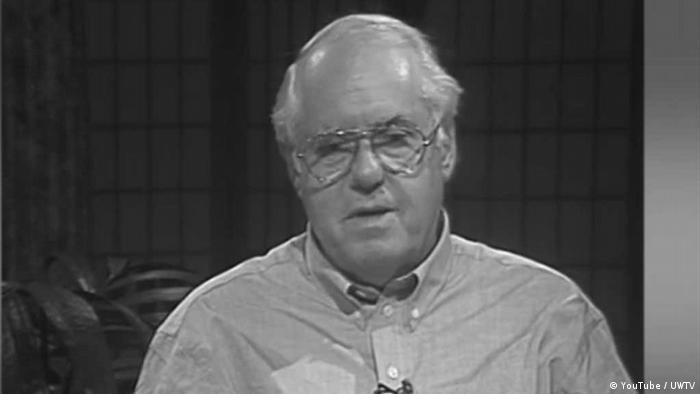 Peter Gay, historian and author of books that traced the rise of Western secular thought, died at his house in Manhattan on Monday. He was 91 and died of "old age," his stepdaughter Elizabeth Glazer told the Associated Press.

Gay was born in Germany in June 1923 as Peter Joachim Fröhlich. His family fled the Nazi regime in 1939, taking the last ship to Cuba and settling there for a while. The young Gay, an underweight child who preferred books over food, learnt English in Havana and moved to the United States. He changed his last name from "Fröhlich," which means happy or joyful in German, to "Gay."

The historian completed his doctorate from Columbia University, where he taught until the late 60s and then moved to Yale, where he stayed until his retirement in 1993. Gay married Ruth Slotkin in 1959. 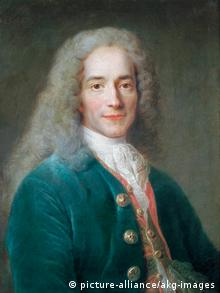 Voltaire - a beacon of the French Enlightenment

Gay's works concentrated mostly on Western Europe, focusing on history, culture, philosophy and psychology. He wrote more than 25 books, including a series on the Enlightenment and a five-volume book on the 19th century bourgeoisie. His writings helped change the retrospective image of Enlightenment thinkers like Voltaire from impractical idealists to visionaries working to change the system they lived in.

Gay won the National Book Award in 1967 for "The Enlightenment: an interpretation. The rise of modern Paganism." The American Historical Association awarded him with a lifetime achievement prize, praising him as a scholar who "incarnates life of the mind."

"Weimar culture: the outsider as insider" was one of his most highly acclaimed books and discussed art and intellectual life in the Weimar republic - as democratic Germany came to be known before the rise of Hitler.

The historian often advocated the use of psychological techniques in historical scholarship and Sigmund Freud was his recurrent muse. His book "Freud: a life for our time" is a summary of Gay's findings on the renowned Austrian psychologist.

Gay never discussed his Jewish past and life in Nazi Germany before his journey to the Americas."We all have our defenses to help us get through life and these happen to be mine. I am not proud of them, but I see no need to apologize for them, "he justified in his memoir.

Young Christians are turning their backs on religion and finding different ways to practice values that they consider unchained from faith. But what is it that’s making them decide to move on? (23.12.2014)

A liberating defeat: Berlin and the end of World War II

On May 8, 1945, the remnants of the Wehrmacht leadership capitulated, ending World War II in Europe after brutal final weeks of combat. History buff Jefferson Chase retraces the stations of Nazi Germany's bloody demise. (07.05.2015)