French President Francois Hollande has announced that the country will hold a day of mourning on Thursday. The decision comes after a fatal gun attack on satirical magazine Charlie Hebdo which left 12 people dead. 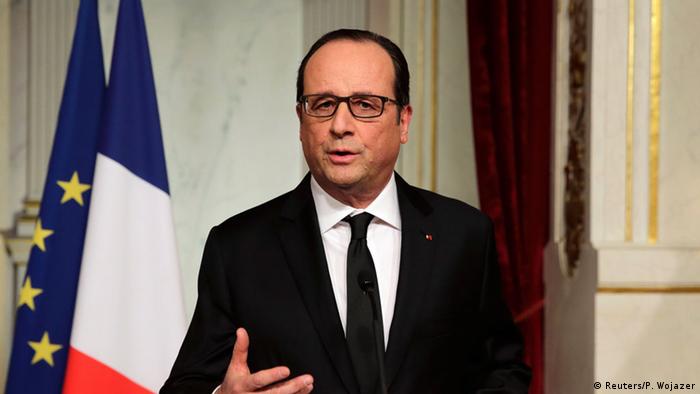 In a televised address to the nation on Wednesday evening, President Hollande said that flags would also fly at half-mast across the country for three days.

Thursday will mark only the fifth time in the last 50 years that a day of mourning has been declared in France.

As thousands of Parisians flood onto the streets of the capital, Hollande said that unity was France's "best weapon."

"Nothing can divide us, nothing should separate us. Freedom will always be stronger than barbarity," he added.

The president went on to praise the "courageous chroniclers" of the satirical magazine.

Gunmen stormed the Paris offices of Charlie Hebdo magazine on Wednesday around noon and started shooting.

Among the 12 dead were four members of Charlie Hebdo staff, including the editor-in-chief Stephane Charbonnier, and famous cartoonist Jean Cabut, along with Georges Wolinski and Bernhard Verlhac, known by the pseudonym Tignous. Two policemen were also killed.

The satirical newspaper was previously firebombed in November 2011, after a "Charia Hebdo" edition was "guest edited" by the Prophet Muhammad, who was also featured in cartoons carried by the magazine.

"Through their influence, their insolence and their independence, they touched the French generation after generation," Hollande said.

"We will continue to defend this message of freedom in their name," he added.