The 15th-century astronomical clock in central Prague, which draws crowds of tourists every hour, was halted on Monday morning for six months of repairs. 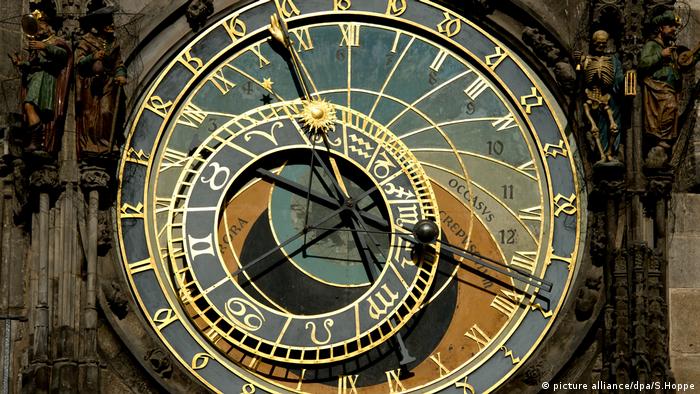 "The Old Town clock is one of Prague's symbols and its repair is a necessary and responsible step," said a statement from Jan Wolf, the city's councillor for culture. The clock, called Orloj, will be dismantled and taken away for repairs which will take five or six months.

The Old Town Hall, where the clock is installed, is "undergoing a complete reconstruction — the first since World War II when most of the building was destroyed," said Wolf. 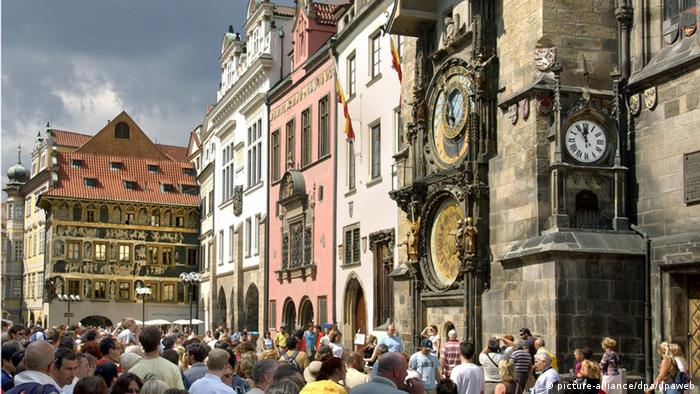 Tourists in front of the clock

Every hour, crowds of tourists gather in front of the clock to watch figures of the twelve apostles that appear in two small oriel windows above a sophisticated astrolabe showing the movement of the Moon and the Sun and its entry into the zodiac signs.

Directed by a sculpture of Death pulling a bell cord, the apostles' parade takes about a minute until a gilded cock crows above the oriel windows. The medieval clock's design is based on the theory that the Earth is the centre of the Universe and three quarters of its components are from the 15th-century original. According to an old legend, Prague councillors blinded the clock's maker to prevent him from building another such device. 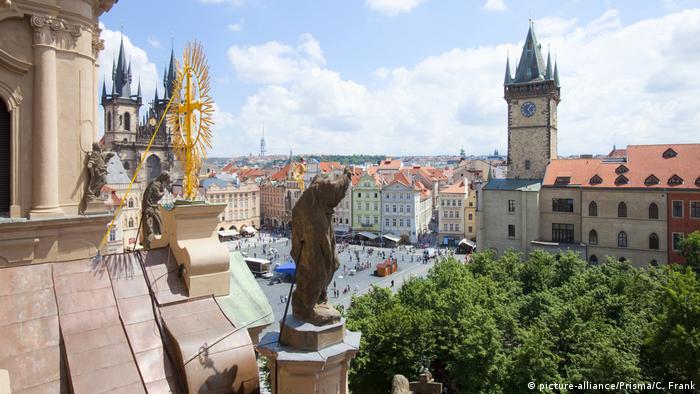 The Old Town Square in Prague

Prague, which welcomes about seven million tourists annually, might install a large screen featuring the clock and apostles while the clock is under repair, Wolf said.

For nine months, Prague tourists had to do without the famous astronomical clock at the Old Town Hall. This Friday the centuries-old mechanism will be set in motion again. (27.09.2018)