Pope Francis has shared a new papal encyclical, calling for greater human solidarity to address global issues and criticizing the  "magic theories" of market capitalism as the only solution to the world's problems. 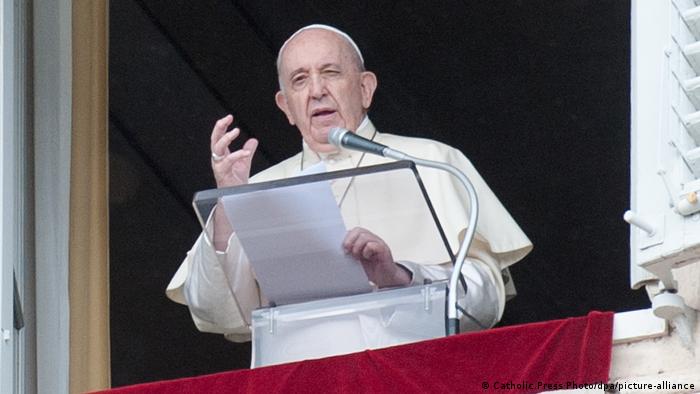 Pope Francis shared his new encyclical in a speech overlooking St. Peter's Square on Sunday, laying out a vision for the post-coronavirus world.

The encyclical titled "Fratelli Tutti'' (Brothers All) called for greater human solidarity to address problems like climate change, or the injustices caused by economic inequity.

A papal encyclical is one of the most important types of communication by the pope and serves as a foundation for Catholic teaching by taking a position on important issues.

What the pope said about capitalism

In his encyclical, Pope Francis denounced the "magic theories" of market capitalism of "as the only solution to societal problems."

"There is little appreciation of the fact that the alleged 'spillover' does not resolve the inequality that gives rise to new forms of violence threatening the fabric of society," the pope said.

"There were those who would have had us believe that freedom of the market was sufficient to keep everything secure (after the pandemic hit)," he wrote.

"The fragility of world systems in the face of the pandemic has demonstrated that not everything can be resolved by market freedom."

"It is imperative to have a proactive economic policy directed at 'promoting an economy that favors productive diversity and business creativity' and makes it possible for jobs to be created, not cut."

The pope also restated the past calls for the redistribution of wealth, saying those with much should "administer it for the good of all." But he clarified that he was "not proposing an authoritarian and abstract universalism."

He hoped the global coronavirus pandemic, which has killed more than 1 million people worldwide, would inspire a reassessement of global priorities.

"Once this health crisis passes, our worst response would be to plunge even more deeply into feverish consumerism and new forms of egotistic self-preservation," he said.

Other topics the pope addressed

War: Francis rejected the Catholic Church's own doctrine of justifying war as a means of legitimate defense. He said the doctrine was applied too broadly throughout history and is no longer viable.

"It is very difficult nowadays to invoke the rational criteria elaborated in earlier centuries to speak of the possibility of a 'just war.'"

Nationalism: The pope spoke of a "certain regression" in global affairs. "Ancient conflicts thought long buried are breaking out anew, while instances of a myopic, extremist, resentful and aggressive nationalism are on the rise."

He called for "a global fraternity based on the practice of social friendship on the part of peoples and nations calls for a better kind of politics, one truly at the service of the common good."

"Things that until a few years ago could not be said by anyone without risking the loss of universal respect can now be said with impunity, and in the crudest of terms, even by some political figures."