The pope called on Romanians to stand together and reject hate at the start of his first trip to the Orthodox majority country. Tensions persist over communist-era confiscations of Catholic properties. 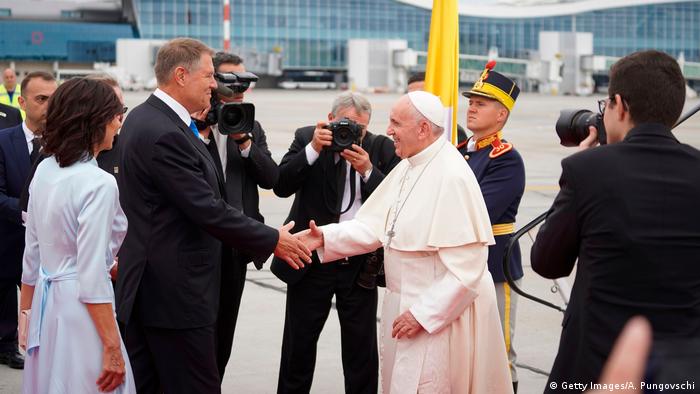 Pope Francis began his three-day visit to Romania on Friday with an appeal for unity in the face of corruption and poverty.

The trip comes at a time of political uncertainty in the former communist state, just days after the country's most powerful politician, Liviu Dragnea, was jailed for graft.

"It is necessary to move forward together with conviction in following the highest calling to which every state must aspire: that of responsibility for the common good of its people," the 82-year-old pontiff said in a speech before Romanian leaders in Bucharest.

The pope's visit is considered historic, especially for members of the Greek Catholic Church, who make up a little over 5% of Romania's population of 20 million. It also comes 20 years after Pope John Paul II's visit in 1999, the first by a pope to an Orthodox majority country since the Great Schism divided Christianity in 1054. 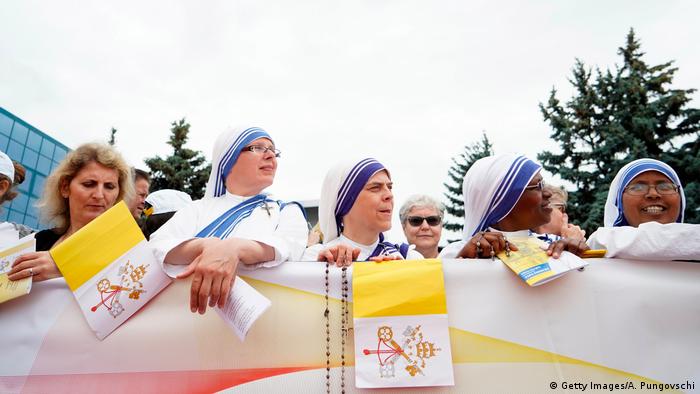 Francis praised Romania's progress in the 30 years since the fall of communism, but stressed that problems of social stability remained.

More than a decade after joining the European Union, Romania is still plagued by poverty and unemployment, driving millions to leave and look for opportunity elsewhere.

"To move forward together, as a way of shaping the future, requires a noble willingness to sacrifice something of one's own vision or best interest for the sake of a greater project," he said, urging "political, economic, social and spiritual forces" to work more closely together to "create a harmony that makes it possible to advance securely towards shared goals."

The pope held talks with pro-European President Klaus Iohannis and met with the country's first female prime minister, Viorica Dancila. He also had a private meeting with Patriarch Daniel, the head of the Romanian Orthodox Church.

Under the communist dictatorship that ruled Romania after World War II, the tiny Greek Catholic community was banned from practicing, pastors were locked up and church property was confiscated.

The church went underground, with pastors continuing to hold masses in secret until the communist rule of Nikolae Ceausescu ended in 1989.

Decades on, many Catholic properties seized by the government are yet to be returned. The issue is a source of tension between the faiths. Vatican spokesman Alessandro Gisotti said the lack of returns was "a wound of the past that is still there."

Seven martyrs to be blessed

Francis is scheduled to celebrate Mass on Saturday with the largely Hungarian-speaking Roman Catholic faithful at the Sumuleu Ciuc shrine in the eastern Transylvania region.

On Sunday in Blaj, he is due to beatify seven bishops who were tortured under the communist regime and died in prison.

Before returning to Rome, he will meet with members of the Roma community living on Blaj's outskirts.

The displacement of Christians risks safety in the Middle East and Europe, Pope Tawadros II has told DW. The head of the Coptic Orthodox Church was in Germany to inaugurate a place of worship for the growing community. (14.05.2019)

Although Pope Francis wants the Balkan nation to open its hearts and homes to migrants, there is considerable opposition to refugees in Bulgaria. Ties with the Catholic Church are also not warm. (05.05.2019)