The pope has told hairdressers to "avoid succumbing to the temptation of chatter." He said they should take inspiration from a 16th century saint who was known for cutting hair, bloodletting and amputations. 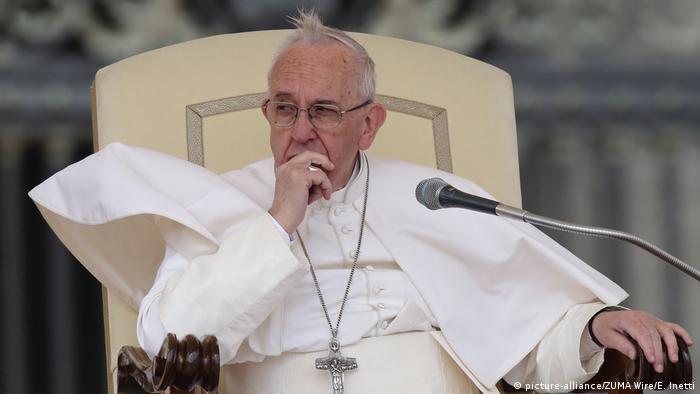 Pope Francis on Monday warned an audience of hairdressers, hairstylists and beauticians that they should avoid gossiping.

"Practice your profession in a Christian style, treating customers with kindness and courtesy, offering them a good word and encouragement," he said.

"And avoid succumbing to the temptation of chatter which is easily associated with your field of work," he added.

During the meeting at the Vatican, he advised the group of 230 pilgrims to follow their patron saint Martino de Porres (1579-1639), canonized in 1966 by his predecessor Paul VI.

The barber-surgeon was canonized for his supposed miracles of levitation, being in two places at once, instant cures and communicating with animals. Porres is also the patron saint of mixed-race people.

Much like Porres, whose job covered haircuts, amputations and bloodletting, "each of you, in your professional work, can always act with righteousness, thus making a positive contribution to the common good of society," Francis said.

In 2015, the pontiff opened a hairdressing salon in the Vatican for the homeless people of Rome. It is open on Mondays, when other barbers are closed, and is staffed by volunteers.

Police have warned that misuse of the hotline could lead to fines and other consequences. After three unsatisfactory attempts at dying her hair, she rang the emergency services to report "enormous problems." (05.04.2019)

Kinky hair and how to wear it