Most of the pope's comments to the faithful Sunday in St. Peter's Square were about migrants and refugees. He asked civilian and military leaders to do more to provide aid and comfort. 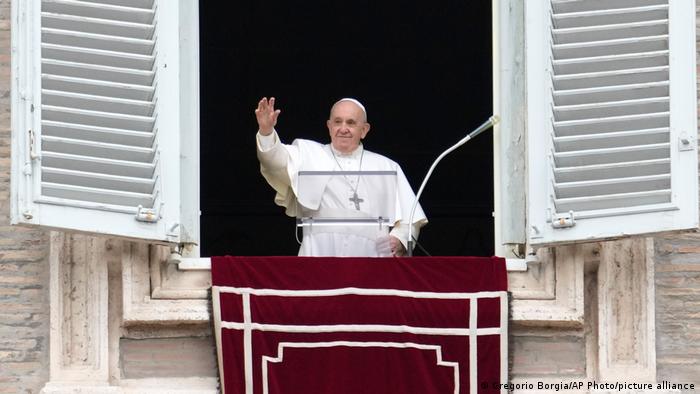 Pope Francis on Sunday said he was greatly pained by the reports of 27 deaths in the English Channel last Wednesday as well as other deaths of migrants along the Polish-Belarusian border and in the Mediterranean.

In his comments to the faithful in St. Peter's Square on what is the first Sunday of Advent, the pontiff urged political and military leaders to do more to help migrants and refugees.

On a trip due to start Thursday, Pope Francis will travel to Cyprus and then Greece. He hopes to meet with refugees during his travels in the eastern Mediterranean.

What did Pope Francis say?

Pope Francis asked people to pray "for migrants and their suffering."

Members of an association of migrants that Pope Francis met with Saturday at the Vatican held up a large banner consisting of flags of countries around the world. 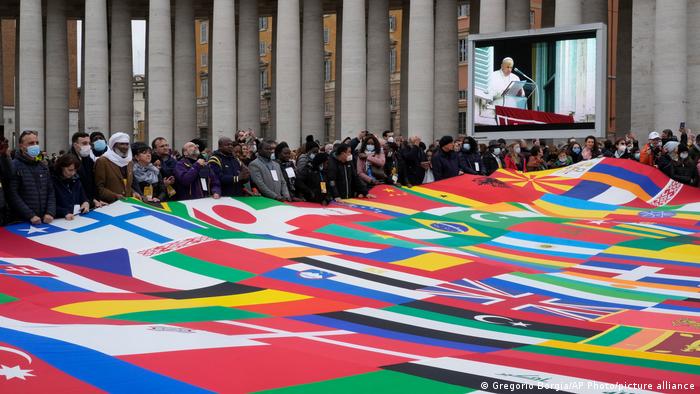 "How many migrants, let's think about this, how many migrants are exposed to very serious dangers also in recent days? How many lose their lives at our borders?" Pope Francis asked.

He also called on civilian and military leaders to find policy solutions "that respect the humanity of these people."

Many migrants are fleeing poverty, natural disasters, oppression, and conflict in their home countries.

According to UN estimates, 1,600 people have lost their lives so far this year attempting the perilous Mediterranean crossing.

The Italian coast guard rescued 244 migrants off the coast of Calabria in the early hours Sunday, among them 41 minors including an infant born aboard the packed wooden fishing boat they were traveling on Saturday.