Pope Francis arrives in Chile amid fury over priest abuse

Pope Francis has arrived in Chile, kicking off a week-long Latin America trip. He's due to meet with indigenous peoples and victims of the dictatorship. Activists are demanding he also address the issue of priest abuse.

Pope Francis was welcomed by Chilean President Michelle Bachelet after he touched down at Santiago's international airport on Monday night.

It's the first time the 81-year-old has visited Chile since he was elected pope in 2013. The trip, which also includes Peru, aims to boost confidence in the two majority Catholic countries at a time when the Church's credibility has been shaken by a series of sex abuse scandals.

Tens of thousands of people lined the streets to greet him, waving Chilean flags and chanting "Viva Papa Francisco."

More than 500,000 people are expected to attend an open-air Mass on Tuesday morning in Santiago, government officials said. The pope is then due to travel to Temuco, south of Santiago, and to the northern city of Iquique, before heading to Peru on Thursday.

President Bachelet said on Twitter that much has changed in Chile since the visit of Pope John Paul II in 1987. "We are a society more just, more free, and more tolerant," she said, adding, however, that inequality remained a challenge.

- Pope warns against sin of hostility to migrants 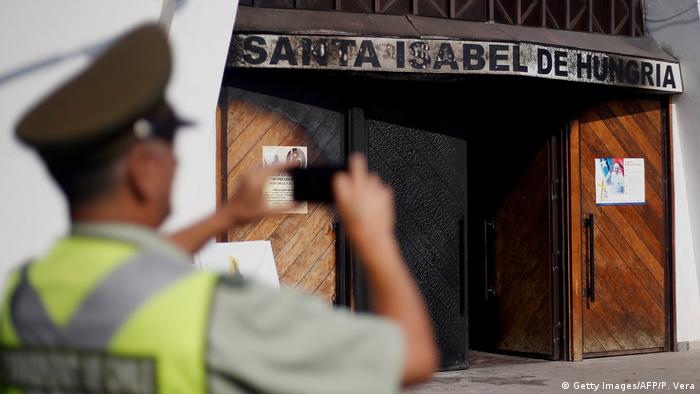 The pope is expected to use his next three days in Chile to draw attention to the plight of immigrants and the persecuted indigenous Mapuche community. He will also meet victims of General August Pinochet's brutal 1973-1990 military dictatorship and inmates at a female prison. The controversial issue of priest sex abuse, however, may end up overshadowing his agenda.

In the leadup to the papal visit, Chilean activists called for protests over Francis' 2015 decision to appoint a bishop in the southern city of Osorno who is accused of protecting Reverend Fernando Karadima.

Karadima, considered the country's most notorious pedophile priest, was found guilty in 2011 of abusing dozens of children over decades. Local church leaders ignored the allegations against Karadima for years until victims went public, forcing them to look into the abuse claims.

According to a poll by the non-governmental organization Corporacion Latinobarometro, Chile is the Latin American country where the pope is least valued, with an approval rating of 5.3 out of 10.

In the past few days, several Chilean churches have been targeted in arson attacks. The country has launched a massive security operation involving 18,000 police, 20 aircraft and seven drones for the pontiff's visit. 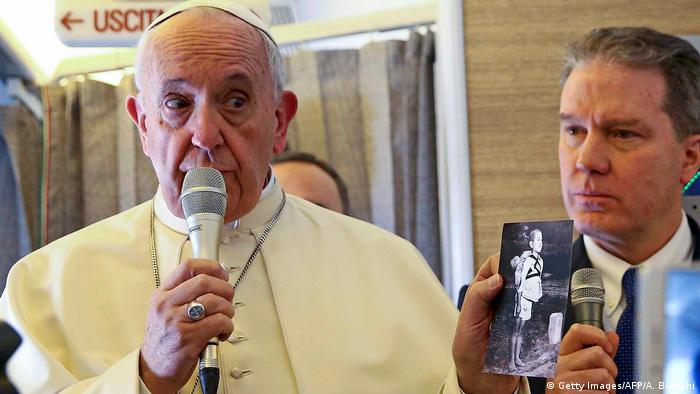 Before landing in Santiago, the pope told reporters aboard his plane that the world was on the brink of nuclear war, adding that he found the situation terrifying.

His comments came after Hawaii sent out a false missile alert that sparked panic on the Pacific archipelago, as well as amid heightened global concerns over North Korea's nuclear capabilities.

"I think we are at the very edge," he said. "I am really afraid of this. One accident is enough to precipitate things."