Polish teachers go on strike over wages in dispute with government | Europe | News and current affairs from around the continent | DW | 08.04.2019

Polish teachers go on strike over wages in dispute with government

About 80% of teachers in Poland have gone on strike — they say they are overworked and underpaid. The work stoppage comes as students in the country are due to sit for their final exams. 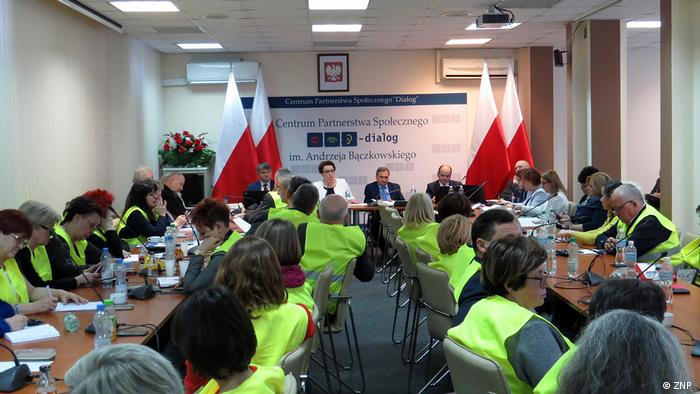 Warsaw primary school teacher Anna Zajac is not able to feed her family on her salary of €500 ($560) a month. After 13 years working as a teacher, she still lives with her parents, along with her husband and their two children. Renting their own apartment is simply too expensive.

"I love my job, and I really don't want to give it up," said Zajac, who concedes that these days she is thinking more and more about changing professions. Speaking to reporters, she held up her pay slip in front of the television cameras with a sense of desperation.

During talks between the Polish Teachers' Union (ZNP) and the government, Zajac tried to get the attention of Poland's minister of education,  Anna Zalewska. "The minister tried to look away as she passed me. But she very well knows teachers' salaries," says Zajac. The wage increase that was implemented in January could at most compensate for inflation, she explains.

Zajac is now going on strike together with 400,000 of her colleagues around the country. Up to 3 million students are affected by the work stoppage. This means that parents must now look after their children instead. In response, local community and cultural centers are offering children additional leisure activities and companies are allowing parents to bring their children to work. Parents' groups are also organizing childcare among themselves. 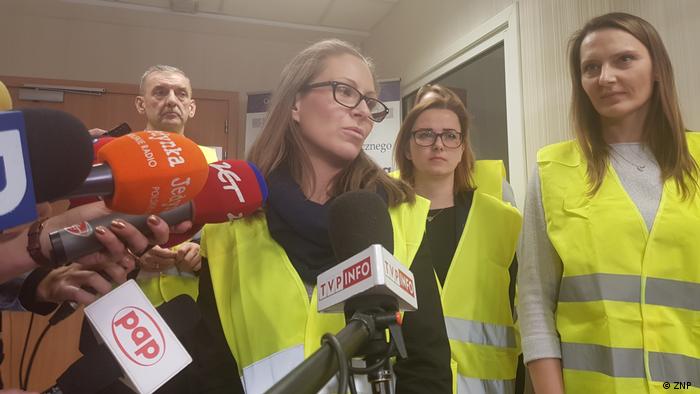 Zajac is among the roughly 400,000 teachers going on strike in Poland

For thousands of ninth grade students who were supposed to be sitting their exams this week, the stress is enormous; nobody knows if or when the tests will take place.

The government has called on teachers to show solidarity with their students, arguing that that the timing of the strike is inappropriate. But the work stoppage has been planned to coincide with the high pressure exam period in order to attract more publicattention.

Pushing for a wage increase

The protest is setting a new precedent — Poland has not seen this kind of a strike since the fall of communism. Currently, the base monthly wage of teachers is between €600 and €1,000, which falls slightly below the national average. The ZNP is demanding salary increases from €180 to €240.

After months of tug-of-war, the government's offer was far below that of the teachers' union expectations. Shortly before the start of the strike, a much smaller trade union, Solidarnosc, which is close to the ruling conservative Law and Justice (PiS) party, accepted the increases of €120 to €180 proposed by the government. But a condition of this agreement was an extension of the working week. Teachers currently teach 18 school hours; in the future, it will be between 22 to 24 hours per week.

Marcin Zarod, who has worked as an English teacher for 23 years and earns €800 a month, says teachers in Poland are overworked. "Our work contracts stipulate 18 hours of work per week, but nobody counts the time spent on the preparation of lessons, marking assignments and exams," he says. "I've calculated that, as a teacher, my average working week is 47 hours."

The work Zarod puts into the international student programs, which is highly appreciated by students and parents, is mostly voluntary. Zarod earns extra money as an English translator and teacher trainer. "My wife is also a teacher," he says. "We have two children, an 11-year-old and a 14-year-old. Without additional work, we would never be able to make ends meet."

Zarod has directed much of his anger at Prime Minister Mateusz Morawiecki. Some time ago, Morawiecki went on television claiming that "teachers have more free time than others yet want to earn more at the same time." 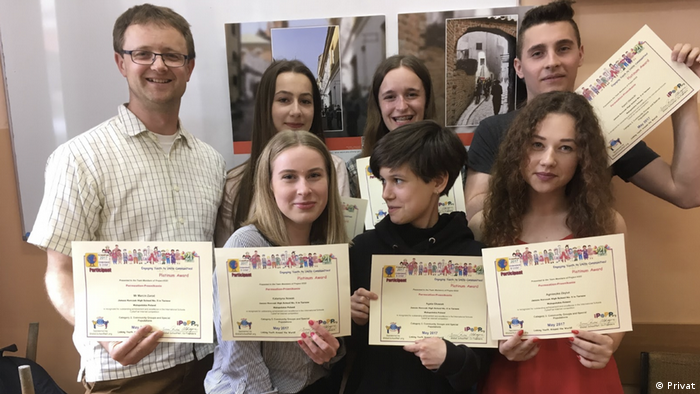 The teachers' protest is also about students — and bringing about structural change. "When there is the talk of work overloads, students are affected just as much as we teachers are, if not even more so," Zarod says. "My son, who is in the seventh grade, begins lessons every day at 7:30 a.m. that go until to 3:30 p.m. Then they have an afternoon and evening packed with homework."

Zarod feels that the teaching system focuses on unnecessary topics and the memorization of large amounts of unimportant information, while independent thinking is neglected. He complains that a child has no time for hobbies or rest, and is therefore made vulnerable to the effects of stress and mental illness; the strike is also intended to draw attention to these problems.

Teachers are particularly bitter because while their demands are rejected, the PiS government is being generous to other vocations. PiS leader Jaroslaw Kaczynski wants to increase child benefit payments, has announced subsidies for pensioners, tax cuts and, after the last farmers' protests, he promised farmers more money from government and European Union coffers. Teachers, meanwhile, are being asked to not to go on strike during final exams.

Zarod concedes that the strike is a drastic measure. "Yes, there is an unwritten rule that occupational groups such as teachers, doctors and firefighters do not go on strike so that everyday life can continue to function," he says. "But at some point, enough is enough."