Prosecutors in Poland have opened an investigation of a firm producing Nazi-era memorabilia for a buyer in Germany. 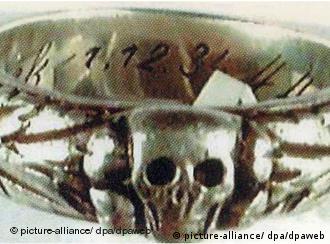 Among the items found in the raid were Nazi replicas including swastikas, military insignia and rings with skulls like those worn by Nazi Germany's SS troops. According to the Polska newspaper, the items were produced for a German citizen from the former East Germany. The distribution or wearing of Nazi-era symbols is banned in Germany.

"It is legal to produce such items for the needs of film producers or collectors," Klaus said.

Poland is Europe's biggest producer and exporter of Nazi memorabilia. Most of the items are sold to neo-Nazis in Germany or Scandinavia, Polska said. Buying Nazi symbols is illegal in those countries, but allowed in Poland. SS emblems and swastika armbands can be purchased at markets in Poland's larger cities.

Business is also booming on the Internet, with one Polish auction Web site offering some 600 items. A complete SS officer's uniform goes for 3,000 zloty ($1,400 or 890 euros), while iron crosses cost 15 zloty and are often sold in bulk, Polska said.

"But it is illegal to publicly promote a fascist state system," she said, adding that those convicted of publicly promoting fascism face a prison term up to two years.