Conceived as a symbol of modernity, Belgrade's fairgrounds were used by the Nazis as an execution site. New accusations against a former Nazi guard have brought up the atrocious history of Belgrade's killing fields. 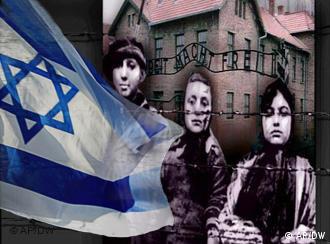 Most of Belgrade's 8,000 Jews died at Staro Sajmiste

A boy on a bicycle, followed by a pack of dogs, passes an abandoned tower near the Sava River in central Belgrade, unaware that the structure was part of a Nazi death camp during World War II.

The site, known as Staro Sajmiste or Old Fairgrounds, usually gives no pause to Belgrade residents who pass it daily on one of the capital's busiest bridges. But accusations against a former Nazi living in the United States have brought its history into focus.

Serbia plans to ask the US to extradite Peter Egner, 86, who has admitted serving as a guard and interpreter in the special police unit blamed for the killing of 17,000 people at the camp -- mainly Yugoslav Jews, Serbs and Roma. Most of Belgrade's 8,000 Jews died there.

Staro Sajmiste was not the only Nazi prison in German-occupied Belgrade, but it was the most hated. It was located so close to the city that, according to witnesses, one could hear prisoners' screams wafting over the river. 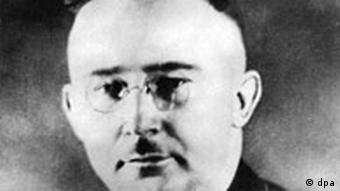 "It was worst at night when children, hungry and cold, cried and asked their mothers to cover them and give them food. It lasted all night, and many of us couldn't sleep, feeling sorry for those innocent children," survivor Sarlota Cosic was quoted as saying in a post-war book on Nazi crimes against Jews in Yugoslavia.

Egner, now a retiree living in a retirement home near Seattle, Washington, was part of one of several mobile killing units that roamed eastern Europe and the Soviet Union as part of the Nazis' "final solution" to exterminate the Jews.

Symbol of modernism used for executions

The Staro Sajmiste complex was built in 1937, four years before Nazi Germany invaded and occupied then-Yugoslavia. It marked the moment when Belgrade spread to the left bank of the Sava and began building a modern extension known as New Belgrade.

Sajmiste was designed as an exhibition complex of several pavilions centered around the tower, a little white town surrounded by lush green vegetation.

In 1941, with the Nazi occupation, the exhibition center became a place of torture and death before the eyes of Belgrade. Almost the entire Jewish population of the city vanished in the camp or was sent to other camps in Belgrade or elsewhere. 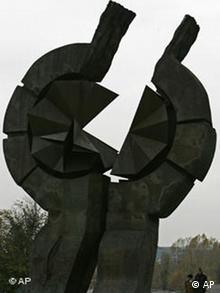 A monument at Staro Sajmiste recalls the thousands who died there

Egner, who was born in the former Yugoslavia, denies wrongdoing. US authorities plan to revoke his passport because he concealed his Sajmiste past when he applied for citizenship in the 1960s.

"I've never hurt anyone in my Belgrade," Egner told Belgrade media. "You have my word."

Some 6,400 Jews and 600 Roma were brought to the fairgrounds camp starting in December 1941. Most died in the vans, which gassed about 50 prisoners at a time while transporting them to a mass execution and burial site near Belgrade.

"I worked for two months digging holes for the bodies," survivor Vladimir Milutinovic said in the book on Nazi crimes. "We dug 81 or 82 holes and each could take at least a 100 people."

From May 1942 until July 1944, the camp was also a roundup center for thousands of prisoners who were sent to other camps. In total, 32,000 people were taken to Sajmiste.

After World War II, Yugoslav authorities turned over the site to local artists for use as studios. Today, several Roma families and descendants of the artists live in shacks and trailers, while some companies have their offices on the premises.

Only the tower and the central pavilion survived the Allied bombing of Belgrade in 1944 and the later neglect. British rock group Kosheen planned to hold a concert last winter in the pavilion, but backed off after a public uproar.

Various groups have tried for decades to raise money to turn the site into a memorial with an exhibition on its World War II past. But the project has always stalled -- in part because Sajmiste's residents don't want to move out.