German war-crimes prosecutors have been asked to trace survivors of a 7,500-man Nazi military unit accused of some of the worst atrocities of the World War II in Poland, the German news magazine Der Spiegel said. 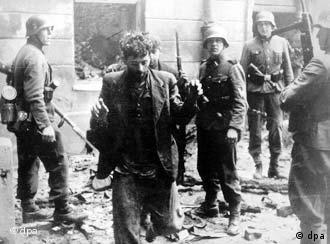 The Dirlewanger Battalion operated in Poland and committed many atrocities

Polish historians had obtained 72 names and post-war addresses of former members of the Dirlewanger Battalion from a Munich archive.

Spiegel said that it had located four of the men in Germany and interviewed two, who denied committing war crimes.

The unit of the Nazi Party private army, the SS, was commanded by Oskar Dirlewanger who formed his violent military unit out of ex-prisoners, Spiegel said in a story for publication Monday.

It said Polish officials had sent the file to the national war-crimes prosecutions office at Ludwigsburg, Germany.

The German office said it had been asked to trace surviving Dirlewanger personnel and study if they could be prosecuted for Nazi reprisals after the Warsaw Uprising of 1944.

The unit had at first been formed out of poachers, and later included ex-prisoners from armed forces jails and concentration camps. Spiegel said all previous attempts to identify them had failed, but names had now been found in Red Cross tracing records.

Spiegel quoted one former member of the unit saying he did not join the unit until 1945. He praised the commander Dirlewanger.

"He was a great guy. Always at the forefront, never the rear," said the man, 83.

Spiegel said the unit conducted mass rapes and its massacres in Belarus and Poland included putting people in barns and setting them alight, slaughtering doctors and nurses at a hospital and "clearing" mines by making civilians walk on them.

Dirlewanger himself was captured after the war and tortured to death by Polish jailers, the magazine said.