Surprisingly perhaps, Poland is one of the largest electric bus producing countries in Europe, and getting bigger. Germany's MAN Truck & Bus recently launched production in Poland, following Spain's CAF in 2018. 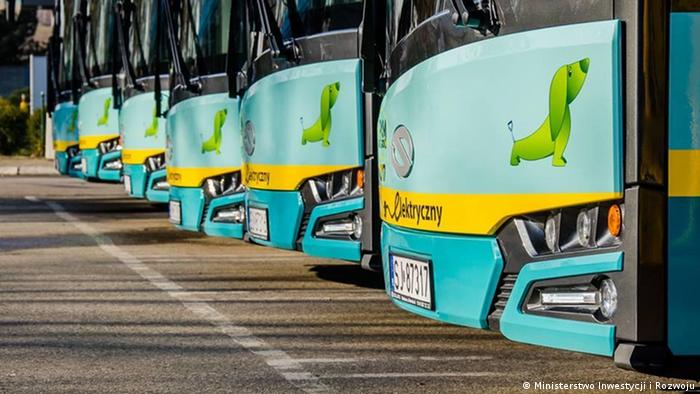 A laggard for some in meeting its EU environmental obligations, Poland is not dragging its feet when it comes to electric bus production. Europe's third-largest electric bus manufacturer, Solaris, is being joined by MAN Truck & Bus, whose first customer vehicles started rolling off the production line at Starachowice in southern Poland in October.

The Polish unit of the Volkswagen Group aims to deliver its first 17 electric buses to Verkehrsbetriebe Hamburg-Holstein public transport company (VHH) by the end of the year. Nobina Sverige, the largest Swedish bus operator, has a further 22 units ordered, and other orders are pending, the company said in a statement.

MAN's move is seen by some as a genuine feather in the cap for the EU member. "MAN's new investment strongly enhances Poland's position in the zero-emissions public transport segment," Jan Wisniewski from the Polish Association of Alternative Fuels (PSPA) told DW. Poland has a long tradition of making buses

"We are now preparing for mass production, to a level as high or even more than MAN," Michal Mackowiak, deputy CEO of Rafako Ebus, a subsidiary of the Polish firm Rafako, told DW.

The Industrial Development Agency (ARP) has acquired one of Rafako Ebus's local units and plans to make large investments in the company, Mackowiak said.

Meanwhile, Volvo's site in Wroclaw is the only production facility operated by the company in Europe, which manufactures electric buses. The plant recently won orders for over 850 such vehicles. Skania also produces electric buses in the northern Polish city of Slupsk.

It is estimated that about a third of all electric buses in Europe are manufactured in Poland, led by Solaris Bus & Coach, since 2018 owned by Spanish CAF. Solaris had the biggest share of newly registered buses with electric motors in western Europe in the first three quarters of 2020. In the period, 242 of its Urbino electric buses rolled out onto the streets of European cities, Wisniewski said.

Read more: The batteries of the future: Sodium instead of lithium

Solaris's Mateusz Figaszewski told DW that MAN's move into Poland and the electric bus sector was not a great surprise. "It is great that Poland is being seen as a sophisticated place to make such products and will for sure help the supply chain in the country, but we have a much more international outlook than others, so it doesn't affect us much." Solaris, he added, is also looking closely at expanding its hydrogen-powered electric bus production, having already seen 69 roll off the production line.

Poland has a combination of government support, a good geographical location for exports in Europe, a well-developed supply change and network of local parts producers, including battery manufacturers and is still cost competitive, Mackowiak says.

Ekoenergetyka-Polska based in Zielona-Gora, in southwest Poland, is among the leading suppliers of electric bus charging infrastructure. The company has to date produced charging stations for electric buses for 70 cities in 16 European countries, such as Germany, Spain, France, Sweden or Norway.

The strong production base in Poland is also strengthened by its own growing fleet of electric buses. Between 2016-2020, the number of such vehicles on Polish roads increased by 16 times. In the first 10 months of 2020, 154 new electric buses were registered in Poland, a 276% rise over 2019. The tenders for 130 electric buses in Warsaw or 50 electric buses in Krakow are among the largest acquisitions in recent years. In Jaworzno in Silesia, electric buses will constitute 80% of the municipal bus fleet in 2021.

The development of the electric bus market in Poland is supported by efforts made by the public administration, such as the Green Public Transport, which will be launched in 2021. As part of this program, the Polish National Fund for Environmental Protection and Water Management will dedicate 1.3 billion zlotys (€290 million; $330 million) for subsidies and loans for local authorities investing in electric buses, hydrogen buses and the necessary infrastructure. The projected amounts will allow for the acquisition of at least 500 zero-emissions buses as part of a school electric bus procurement program called Kangur, or "kangaroo" in Polish. 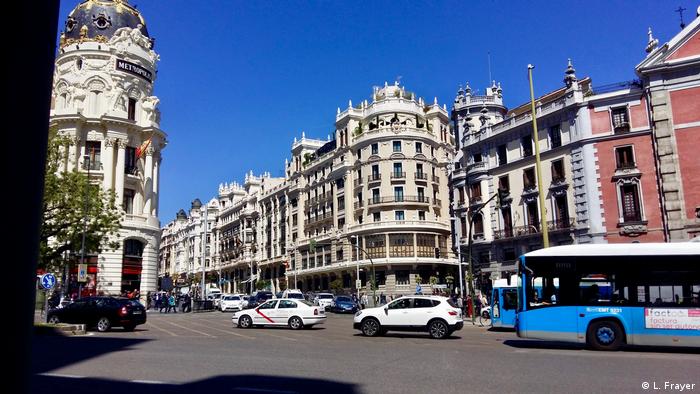 China leads, but Europe catching up

Globally, China accounted for 99% of electric buses registered in 2018, however, this is forecast to decrease to 88% in 2025 as other countries adopt electric buses, according to market researcher Interact Analysis. Build Your Dream, a Chinese company with a production unit in Hungary, is Europe's second-largest electric bus maker.

According to an analysis by the Brussels-based think tank, Union Internationale des Transports Publics (UITP), approximately 50% of the buses sold in Europe are operating according to the Euro 3 standard or older. To reduce carbon footprints, European emission standards have been introduced that require all the buses to meet the Euro 6 emissions standards.

The European electric bus fleet has increased nearly 15-fold over the past five years, according to UITP. Aida Abdulah, senior manager of knowledge and innovation at UITP, said the trend since 2017 for electric bus production in Europe has been rising strongly. "The pandemic has confused things a little, but will likely continue to see very strong growth," she told DW.

According to estimations from UITP's ZeEUS program, 22% of all new bus registrations in 2020 will be electric and this number will continue to grow to 45% by 2030.

This article was updated on December 7, 2020, removing earlier mistakes concerning the post of Michal Mackowiak and an ARP acquisition.

While diesel cars increasingly look to be on the way out, another big polluter is often ignored: shipping. Will electric vessels, including the first e-barges, help the industry clean up its act?

Reimagining the future of mobility

The war in Ukraine means a worsening of Poland’s economic outlook, an increase in inflation and possible stagflation. But it also means a big hole in the country’s labor market is being filled.