While diesel cars increasingly look to be on the way out, another big polluter is often ignored: shipping. Will electric vessels, including the first e-barges, help the industry clean up its act? 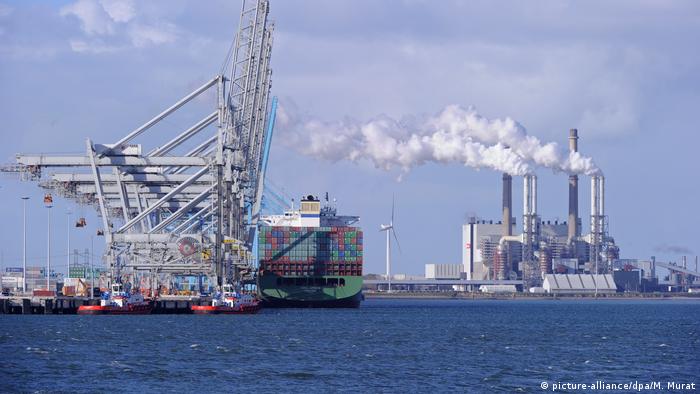 The world's first 100-percent electric barges are set to start chugging between the busy ports of Antwerp, Amsterdam, and Rotterdam in Belgium and the Netherlands by the end of the year, cutting down the numbers of diesel-powered trucks transporting goods.

Nicknamed the "Tesla ships," the emissions-free boats are the latest offerings in a fleet of new electric and hybrid vessels in Europe. Port Liner, the Dutch Company behind the barges, claims they could revolutionize the polluting shipping and freight industry.

"It simply doesn't make sense for us to build new ships with diesel engines," Ton van Meegen, chief executive of Port Liner, a €100 million ($124 million) EU-supported venture, told DW. "Our vessels will be used for decades, and electric motors are clearly where the industry is headed." 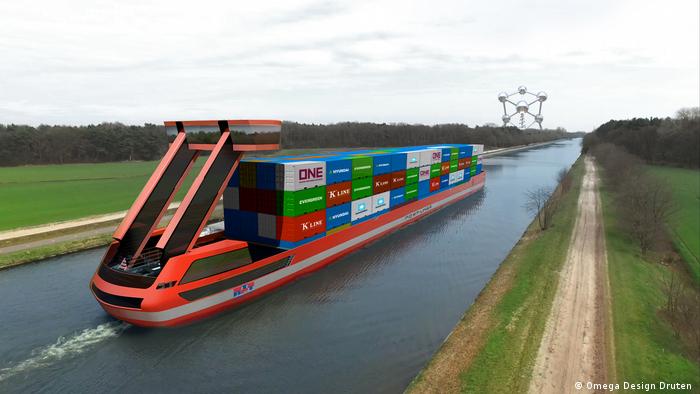 Construction of five barges, which can carry up 24 containers each, starts in March 2018. Powered by batteries charged with carbon-free energy, the vessels are expected to be on the water by the end of this year.

Although they'll initially be manned by a crew, they are designed to be autonomous in the long term, and will take 23,000 freight trucks off the roads, the company says.

Cleaning up the shipping sector

Ships, especially those out in international waters, commonly burn bunker fuel — the dirtiest form of fuel. The emissions billowing out of their smoke stacks include high levels of nitrogen and sulphur oxides (NOx and SOx), which are linked to asthma, lung cancer and heart disease.

Maritime transport is responsible for about 3 percent of global greenhouse gas emissions, according to the European Commission. While other sectors are anticipated to be able to reduce their emissions, in shipping, they are expected to increase sharply. 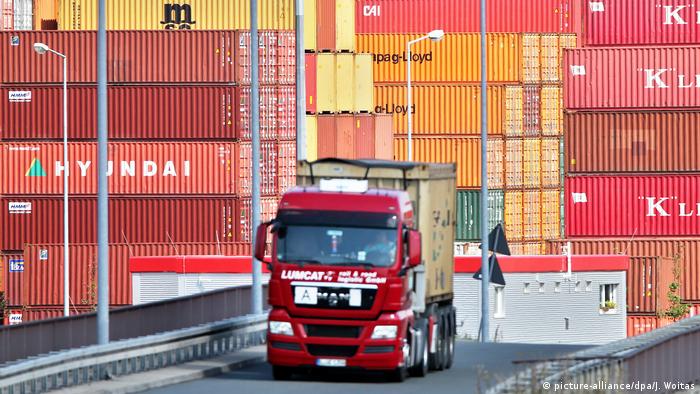 Port Liner says its e-barges will take more than 20,000 freight trucks — many of them diesel — off the road

Until recently, shipping has been largely absent from discussions on how to slash air pollution and carbon dioxide, or CO2.

The International Maritime Organization, the United Nations agency regulating the shipping industry, has established a rule to limit the amount of sulphur in shipping fuels to .5 percent, down from 3.5 percent, starting in 2020.

Read more: Hoping for a fresh sea breeze aboard a cruise ship? Better hold your nose!

Research published in February 2018 in the journal Nature estimated this will reduce deaths related to shipping pollution by around a third, and ship-related childhood asthma cases by more than half. The latter currently stands at around 14 million cases annually.

It's a move the world's main shipping organization, the International Chamber of Shipping (ICS), says it supports. ICS secretary general Peter Hinchliffe told DW that it also supports CO2 emissions reductions in the sector in line with the Paris Agreement.

Stricter regulations, coupled with production of lighter and more powerful batteries, has sparked what Lucy Gilliam — an expert on aviation and shipping at Brussels-based nongovernmental organization Transport and Environment — dubbed an "energy revolution."

"Around Europe there is a wave of recent developments changing the (shipping) sector at a fast pace," she said. "We need to bust the myth that batteries are too heavy or don't have enough capacity to go far. In recent years, this has changed significantly." 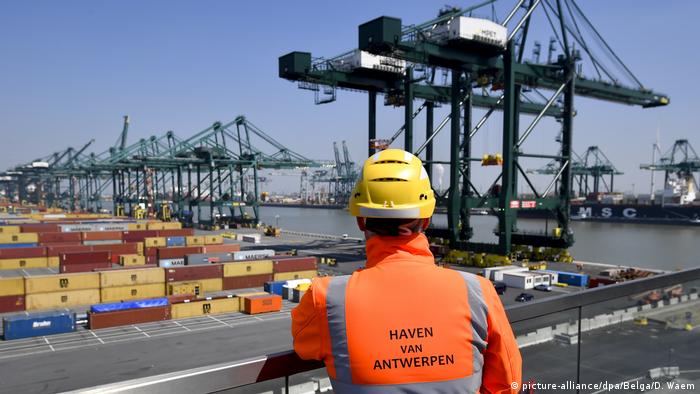 For example, to decarbonize the ferry between Dover and Calais, the battery would make up around 1 percent of the weight of the ship. "And that is nothing in the context of the amount of trucks and containers a ferry can take," added Gilliam.

While improved battery technology has helped the new generation of electric European ventures get afloat, long-haul, ocean-going vessels currently do not have the option of docking regularly to plug in small batteries — meaning that they are unlikely to become completely electrified in the near future.

"With current limitations on technology, it seems that electrification will be limited to small craft undertaking short, ferry-type voyages," said Hinchliffe, adding that pressure on the shipping sector to reduce to zero emissions should be used as way to encourage research and development into clean propulsion.

Groups such as Transport and Environment say more should be done to spur on electric-powered vessels. One obstacle is taxes, which are currently widely levied on electricity, but not on more-polluting marine fuels. 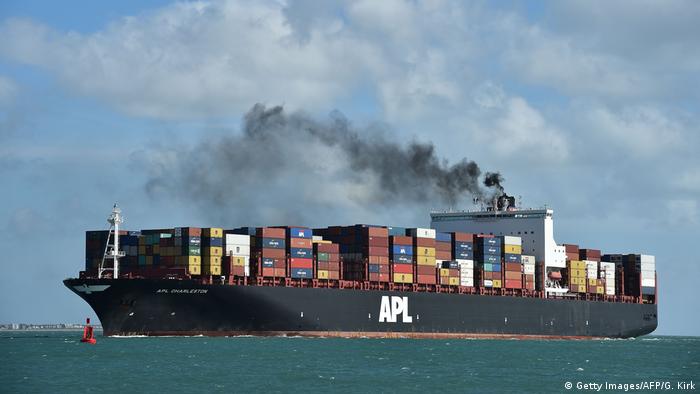 Vessels traversing long distances over the oceans don't have the opportunity to recharge batteries, so e-ships may be confined to shorter routes for now

Meanwhile, the globalized nature of the shipping industry means that ports are in competition with one another. That makes them reluctant to press ahead with green port schemes — such as taxing ships which run on dirtier fuels — or imposing stricter rules on the emissions of docked ships.

Read more: Is the savior battery nigh?

According to Gilliam, electrification of short distance routes in Europe is inevitable. But in the longer term, the group is even more optimistic that fossil fuels will become a thing of the past across the economy.

"We think that everything will be electrified," said Gilliam (adding that aviation is a likely exception).

"Then, it will just be a question of where that energy comes from."