Police in western German state to reveal nationality in all crimes

Police in North Rhine-Westphalia will now name every crime suspect's nationality — and not just in crimes where it's considered relevant. It's a sensitive topic against the background of recent immigration to Germany. 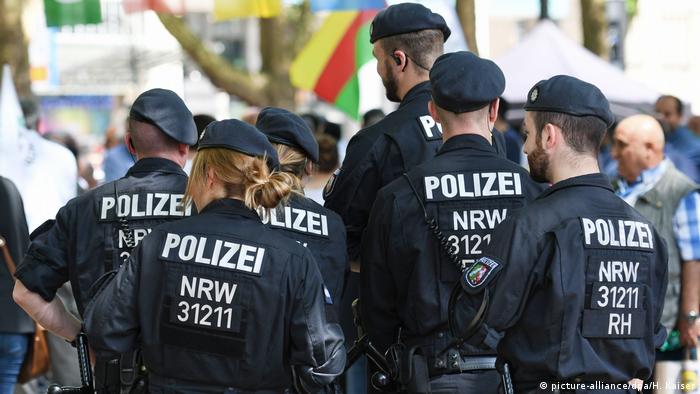 The police in the western German state of North Rhine-Westphalia (NRW) will start providing the nationalities of all suspects in press communications when it is determinable beyond any doubt, the state Interior Ministry announced in Dusseldorf on Monday.

The decree outlining the police's communication policies is currently being reworked, the ministry added.

The policy on revealing a suspect's nationality varies from state to state across Germany. In many states, the nationality is revealed only when it is deemed relevant to the nature of the crime committed, such as when it serves as a motivating factor.

Nationality and crime: A balancing act?

NRW's interior minister, Herbert Reul, said the change was part of a push for more transparency.

"We will state the nationalities of all suspects that we know for sure — naturally also those of German suspects," he said. "I am convinced that this transparency is the best means against clumsy deception."

The practice of determining whether the nationality of suspects is pertinent to a crime often causes controversy in Germany. The aim of withholding nationality is to avoid discrimination against minorities by categorically linking crimes to country of origin rather than to a specific individual and his or her particular circumstances.

Recently, Germany's interior minister, Horst Seehofer, warned the public not to draw premature conclusions after it was revealed that the suspect arrested in the death of an 8-year-old boy at Frankfurt's train station was an Eritrean national.

However, some have accused German police and media of deliberately withholding nationality in cases where foreign nationals are involved as a method to dampen criticism of Angela Merkel's immigration policy, which saw over 1 million refugees enter Germany in 2015.

One particularly significant case was the mass sexual harassment of women in the NRW city of Cologne on New Year's Eve 2015. The suspects that were later identified were found to be primarily of North African origin. The event led to accusations that the police and German media had initially covered up the nationality of the suspects involved. 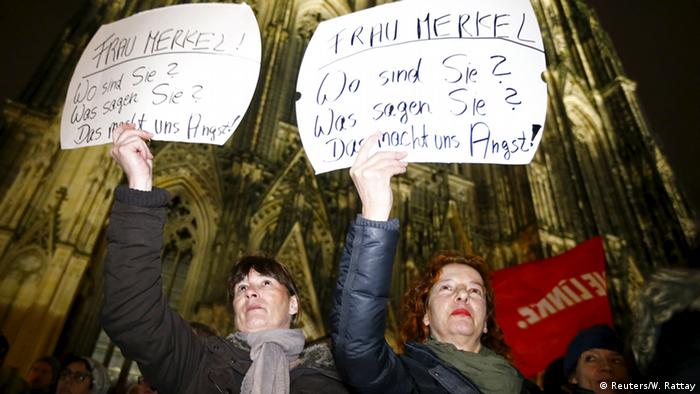 The mass sexual assaults against women in Cologne and in other German cities led to protests against Angela Merkel, such as this one in front of Cologne Cathedral

According to guidelines from the German Press Association, the publication of a suspect's nationality in the media must be grounded in public interest. Serious crimes such as murder or terrorism fall into this category.

German police and press are struggling with the question of when to make a suspect's nationality public. No one wants to offer fodder to right-wing groups, but some say more openness is imperative. (22.01.2016)