The Eritrean man suspected of pushing a mother and her child onto train tracks is being investigated on murder charges. Prosecutors said the man's motives remain unclear. 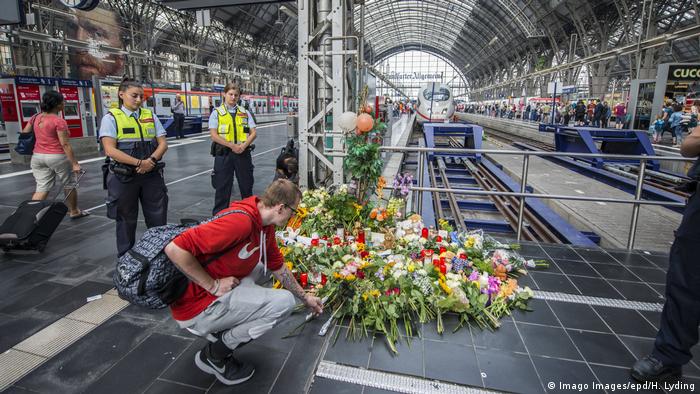 German prosecutors have opened an investigation for murder and attempted murder against the 40-year-old Eritrean man suspected of pushing a mother and her 8-year-old son onto train tracks at Frankfurt's main railway station on Monday.

The boy was killed by an oncoming train, while his mother managed to survive by rolling onto a narrow footpath between tracks.

At a press conference on Tuesday afternoon, federal police President Dieter Romann said the man also attempted to push another 78-year-old woman onto the tracks, and then fled. He was pursued by witnesses and a state policeman in civilian clothes, who then arrested him outside the station.

The prosecutors' office earlier confirmed to DW further details about the suspect: The man was married with three children, had been living in Switzerland since 2006, and was neither under the influence of alcohol or drugs during the attack. The suspect also did not know the victims.

At the press conference in Berlin, Romann added that the Eritrean, who he named only as A., had applied for asylum in Switzerland on arrival in 2006 and it had been granted in 2008. Romann added that he had a steady job and was considered "well-integrated," but had recently caught the attention of Swiss police through a series of violent incidents.

Five days ago, the man threatened a neighbor with a knife, and had subsequently been the subject of an arrest warrant. Romann suggested this may have been the reason why he had traveled to Germany.

The suspect's motives remain unclear. He has not yet spoken about the attack, and there is no evidence of a connection to the shooting last week of an Eritrean by a man with far-right sympathies in Wächtersbach, a small town about 34 miles (55 kilometers) east of Frankfurt.

News agency DPA reported that prosecutors were also planning a psychiatric test. According to Swiss police, the suspect had been on sick leave from his job since the beginning of the year for mental health issues.

Swiss police earlier on Tuesday confirmed via Twitter that the suspected perpetrator was a resident of Zurich and that he had a residency permit, before adding that they had been in contact with German authorities. The perpetrator is also believed to have traveled to Frankfurt from Basel, Switzerland, a few days prior.

German Interior Minister Horst Seehofer interrupted his holiday to meet with representatives of the security forces and discuss a series of violent incidents in recent weeks, including the attacks in Frankfurt and Wächtersbach, attacks on members of the Left party, and bomb threats against mosques. Walter Lübcke, a local governor in the same region, was shot dead by a known neo-Nazi in early June.

"I am deeply shocked by this cold-blooded murder," Seehofer said at Tuesday's press conference about Monday's incident, before adding that recent events had created a sense of an "erosion of values" in Germany. "Criminality is falling, but the feeling of safety is still very tense," he said. 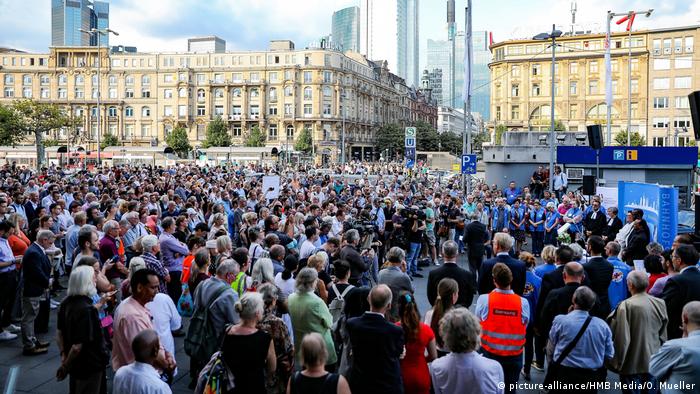 'We must stick together'

People laid flowers and candles on the platform at Frankfurt railway station on Tuesday, while a crowd of several hundred turned out for a public memorial service in front of the building in the evening.

"We cannot believe that a life that only just began should end so pointlessly," Carsten Baumann, the head of the Christian charity that organized the event, said.

"We must now stop thoughts of hate from beginning to take hold," Pastor Jutta Jekel told the crowd. "We must stick together, and not let ourselves get carried away with anger and violence." 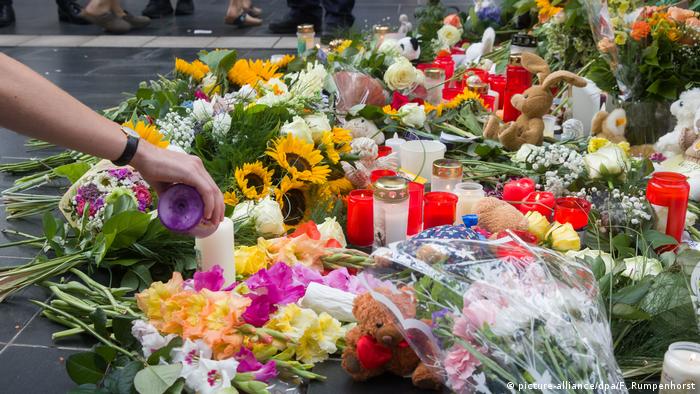 The shock of the incident has spread throughout Germany, reigniting political debates about immigration and public safety.

"After this horrible crime there need to be fast and noticeable consequences for the perpetrator," Philipp Amthor, interior policy spokesman for Chancellor Angela Merkel's conservative Christian Democratic Union (CDU), told DPA. "As well as criminal procedures, measures to end residency need to be discussed. On top of that I am open to a discussion about better security provisions at our railway stations."

Martin Burkert, transport spokesman for the center-left Social Democratic Party (SPD), told the Bild newspaper on Tuesday that there was a lack of police officers at major railway stations.

Seehofer chimed in on that point. "As I've been saying since I came to office, we urgently need more police presence," the minister said, before adding that increased video surveillance would also be discussed.

Meanwhile, Alice Weidel, leader of the far-right Alternative for Germany (AfD), had tweeted four times about the incident by Tuesday afternoon, blaming the 8-year-old's death on the "borderless welcome culture" throughout Europe.

For his part, Seehofer pointed out that immigration into Germany was falling, before adding that "immigration must be controlled and limited, but those who need protection, that is the moment of humanity, they must be given protection, and that's what we do in Germany more than any other country in Europe."