German police and press are struggling with the question of when to make a suspect's nationality public. No one wants to offer fodder to right-wing groups, but some say more openness is imperative. 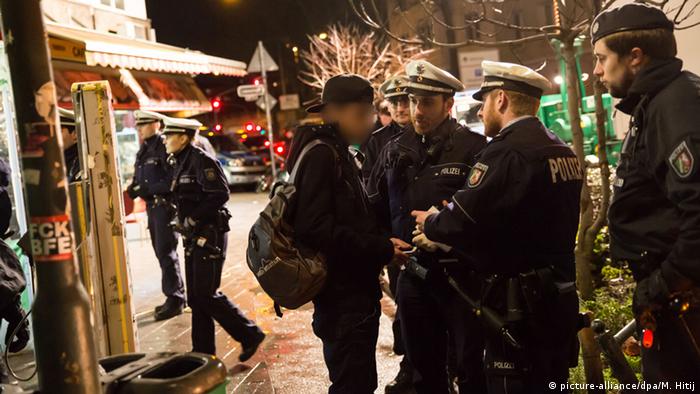 Ever since Cologne police initially held back information that many of the men suspected of attacking women on New Year's Eve were believed to be migrants from North Africa, the debate of whether or not to make criminal suspects' nationality public has been heating up in Germany. 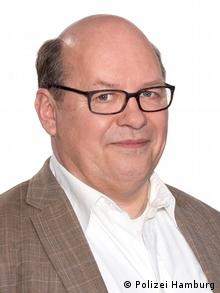 "It's practiced information policy to give concrete information on victims, witnesses and suspects only in so far as it's necessary for the investigation," Rafael Behr, a former officer and professor for police science at the Hamburg Police Academy, said.

Critics of the police say officers should be more transparent and pass the information they have on to the public and not hold back facts that they deem too politically explosive.

In the aftermath of the attacks outside Cologne' central station, right-wing groups such as the populist anti-Muslim PEGIDA have used the events to stir up hatred against refugees. Critics of Germany's asylum policy say the attacks prove that the country has already accepted too many refugees who cannot be integrated into society. They say that police and politicians don't share the full truth when it comes to foreigners' involvement in crime because they want to protect their "pro-refugee" agenda.

Sebastian Fiedler, head of North Rhine-Westphalia's chapter of the Association of German Detectives, says the situation has escalated not because the public learned about the nationality of the New Year's Eve attackers, but because police weren't open enough earlier - and have not been transparent for a long time.

"It's been ingrained in police culture for years to be careful with that kind of information," Fiedler said. "We should have been more open for a long time. That would have also stolen the thunder from right-wing extremists."

Fiedler says police should release suspects' backgrounds as a matter of routine. Providing context, for example, when talking about organized crime cartels run by Moroccans who have been in Germany for years, also makes it very clear who is not among the suspects. 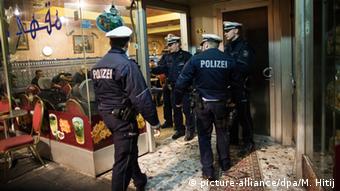 "This way, it's clear that it's not refugees who have just arrived from Syria or Iraq who have committed a crime," Fiedler said. "We've held back information in the past, and that's how we created this breeding ground for right-wing activists."

"I can pass on information if I comment and explain it. Presenting the information in context puts many things into perspective," Behr said. "But short newspaper briefs can't do that."

He worries that releasing information on suspects' nationality in the current tense political climate could "add fuel to the flames stoked by racists and xenophobes" when presented by the media in a truncated manner. That's why he's in favor of holding off on releasing information about suspects unless it's vital to the investigation.

The German Press Council is not happy with the role of police as information gatekeeper.

"Journalists should be the ones to ethically weigh the decision of whether or not to report a certain nationality in connection with a crime," Edda Eick from the council's press office said. 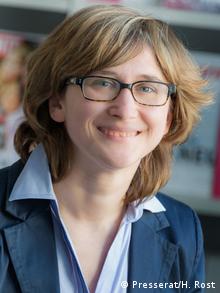 Eick: The guideline concerning mentions of minority status is our most controversial one

The Press Council is also the organization behind the German Press Code. In paragraph 12, it says that journalists should only report "that a suspect or perpetrator is part of a religious, ethnic or other minority if it's necessary for understanding the crime and there's a direct relation."

In addition, the code warns journalists to be mindful of the fact that mentioning a suspect's minority status could stir up prejudices.

That does not mean reporters should always keep issues like a suspect's nationality a secret, Eick emphasizes.

"With the Cologne attacks, reporting on the suspects' nationality was the right thing to do, because that was an event of huge dimensions," she said. "Here, it made sense to analyze the men's background. What the code's guideline means is that newsrooms shouldn't deal in speculations whose publication could have dire consequences. It's a tough balancing act."

Upholding the rule of law

The nationality discussion is not just about potential consequences, though. Other factors include suspects' personality rights, for example, and the old adage that everyone in a constitutional democracy should be presumed innocent until proven guilty.

"As long as I don't know who did it and don't even have a suspect's name, releasing any information is problematic," criminologist Rita Steffes-enn said. "I don't want to spread false facts."

Steffes-enn, who is the head of the Center for Criminology and Police Research, believes that the public doesn't need to follow every step police investigators take and know about every morsel of information they have right away.

"Police need to be trusted to do their job well, and the officers need to be given enough time to do that," she said. "Protecting our constitutional state, which includes innocent till proven guilty, should be more important than the public's desire to know."

Jürgen Mathies will take over as Cologne's new police chief, according to media reports. Police were severely criticized after failing to prevent robberies and sexual assaults in Cologne on New Year's Eve. (19.01.2016)

Düsseldorf authorities have arrested 40 men in a raid on the city's so-called "Maghreb" neighborhood. German officials say men from North Africa have drawn their attention with involvement in criminal activities. (17.01.2016)

In an extraordinary state parliament meeting, politicians sought answers about how a crowd of men could assault women in Cologne on New Year's Eve. State interior minister Ralf Jäger has laid the blame with police. (11.01.2016)