Poland wants nuclear weapons for Europe | Europe | News and current affairs from around the continent | DW | 07.02.2017

In a newspaper interview, Jaroslaw Kaczynski, chairman of Poland’s ruling Law and Justice Party (PiS), has called for a European nuclear superpower. Is this a debate we really need to have? 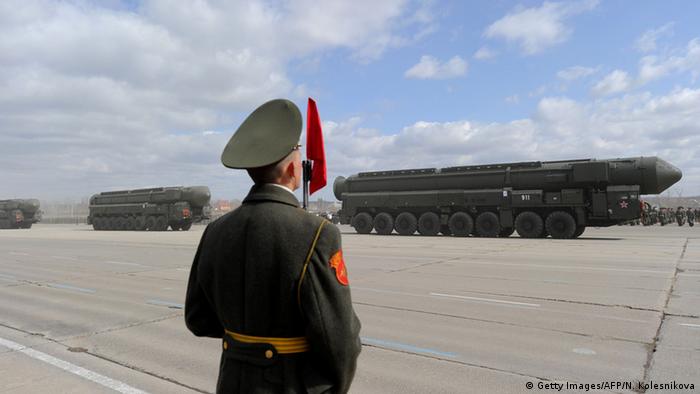 The strongman of Poland’s ruling national-conservative party has stoked a debate that was previously held in only a very limited capacity. In an interview with the daily "Frankfurter Allgemeine Zeitung," Jaroslaw Kaczynski said Europe should be a superpowerwith a nuclear arsenal to rival that of Russia. He conceded that such a program would, however, be very costly and that he did not anticipate such investment.

That aside, Kaczynski has broached a taboo subject typically only embraced by individual voices. One example is German parliamentarian Roderich Kiesewetter, of the conservative Christian Democrats, who recently told Reuters news agency that "Europe needs nuclear protection as a deterrent" if the United States were no longer to extend its protection. But how realistic are such ideas?

"It’s not surprising that we’re seeing this kind of debate now," said Nick Witney, former head of the European Defense Agency and now a senior fellow at the European Council on Foreign Relations. In principle, it’s about the question of whether US President Donald Trump is prepared to sacrifice Chicago to save Warsaw. And what would his answer to that be? The political situation has changed so quickly, and with it the current state of defense policy.

But how credible would a European nuclear deterrent be? Thirty years ago, London and Paris would have been flattered to be chosen as the defenders of the European continent. But what EU state would be prepared to accept such a nuclear defense force now? Never mind what Britain’s decision to leave the EU has done to whatever credibility that idea still had. 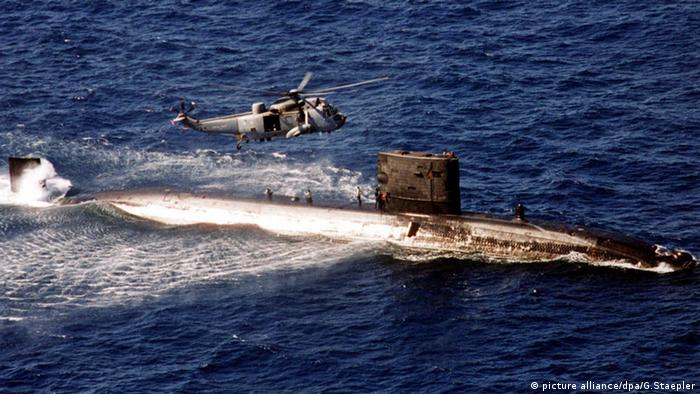 How credible would Britain be as a nuclear deterrent power for Europe?

For his part, Witney says he doesn’t believe in a common European nuclear power. "You would need institutions for that which the EU doesn’t have," he said. That leaves just France with its nuclear weapons which, in an emergency, could perhaps still just about "rip the arm off of a Russian bear." Witney’s conclusion: "The discussion is very much one that is on the fringe, if not completely out of the realm of the possible."

EU nuclear weapons would be a mistake

"There is no concrete threat," said Ulrich Kühn of the Carnegie Endowment for International Peace. The arguments for such a discussion are all there now in the Trump era, but at the same time, he says, this is "not helpful." NATO still exists, and under US leadership, conventional weapons are being stationed in Poland stationed in Poland and the Baltics. As long as NATO exists, Europeans should stay away from a nuclear race, he said.

Moreover, Kühn added, the suggestions are not practical. "Russia has between 2,000 and 3,000 tactical nuclear weapons," meaning that Europe would face enormous expenses if it were to acquire an adequate arsenal to serve as a deterrent. And the main question is who would control the red button? Aside from these issues, there’s also the fact that a majority of European citizens, including those in Poland, are against engaging in a nuclear arms race.

Kühn also believes it is dangerous that the non-proliferation treaty would effectively be voided if the Europeans were to withdraw from it. "That would have global consequences," he said. "You could suddenly see the creation of 55 to 60 nuclear countries - a horrific scenario."

Instead, he said, the Europeans should finally do what they have long talked about doing: Take concrete steps towards realizing defense cooperation, sign agreements and work together on weapons systems in order to be more effective and credible in conventional defense measures. 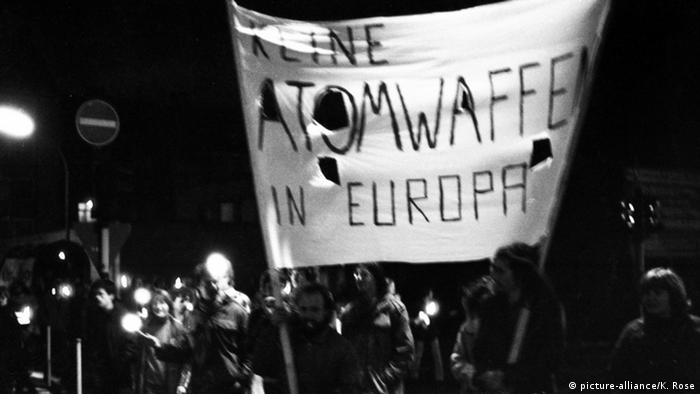 Gahler: 'We don’t want to revive the old arms debates of the 1980s'

No to a nuclear arms race

Michael Gahler of the defense committee in European Parliament is also in favor of greater EU-wide cooperation. "We should finally do what the Lisbon Treaty allows us to do, which is to implement structural cooperation," he said. Of the 203 billion euros ($217 billion) spent on defense in the EU, 26 billion could be saved or otherwise allocated if the member states would only work together, according to a parliamentary paper on common defense policy.

"Common acquisition, common exercises and common structures" are the next steps, according to Gahler. But he also said that a nuclear arms race would be a mistake. Although he perceives Russian tactical nuclear weapons as a real threat, he believes that overall, there is a balance when it comes to nuclear deterrents. "We don’t want to revive the old arms debates of the 1980s," Gahler said. While he admitted that Russia and the United States of today were not foreseeable at the turn of the century, Gahler remains firm in his belief that "this is a debate that should not be started."

Merkel and Szydlo navigate common ground on Russia and EU

During a visit to Poland, German Chancellor Angela Merkel has said the situation in Ukraine remains unacceptable. The German chancellor also warned against "exclusive clubs within the EU." (07.02.2017)