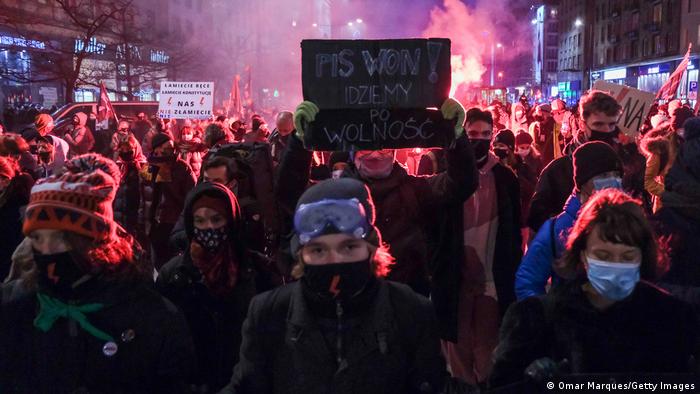 The law had prompted repeated protests, with the night it formally went on the statute books no different in Warsaw

Thousands of people took to the streets of Poland to protest against a near-total ban on abortion, which came into force on Wednesday. The controversial law was published in Poland's Journal of Laws, the last step on its route to becoming law.

Demonstrators shouted slogans and held placards like, "I think, I feel, I decide" and "freedom of choice without terror". More protests are expected in the coming days. 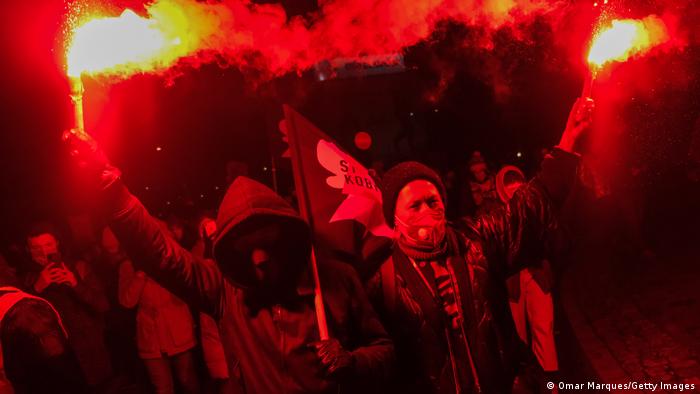 Wanda Nowicka, a member of Poland's Left party, said that the ruling government hadn't yet won "this war against women". Meanwhile, Poland's human rights commissioner said the move signaled that the state wanted to torture women and risk their lives.

Marta Lempart, a member of Women's Strike, an organization organizing the protests, called for everyone to go into the streets. She added that the publication of the ruling was a "crime".

The law, which only allows abortion in cases of rape, incest and when the mother's life is in danger, was approved by the Polish Constitutional Court in October, sparking nationwide protests. The law states that abortions in the case of fetal abnormalities are "incompatible" with Poland's constitution.

The government has consistently supported the court's verdict, saying that it would halt what it called "eugenic abortions," referring to the termination of fetuses with Down's Syndrome.

Though opponents have accused the Catholic and conservative ruling Law and Justice Party (PiS) of exerting influence over the court in its approval, party leaders say this is not the case. Poland, a staunchly Catholic country, already had some of the strictest abortion laws in the European Union before approval of the newly tightened measures.

Fewer than 2,000 legal abortions are performed in Poland each year, with many doctors refusing to perform the operation because of religious convictions. Women's groups estimate that as many as 200,000 more Polish women seek abortions each year, either abroad or illegally at home.