Leading Polish intellectuals, including a former president, are speaking out against the country's judicial reforms. Fearing Poland's democracy is at stake, they have urged the European Court of Justice to intervene. 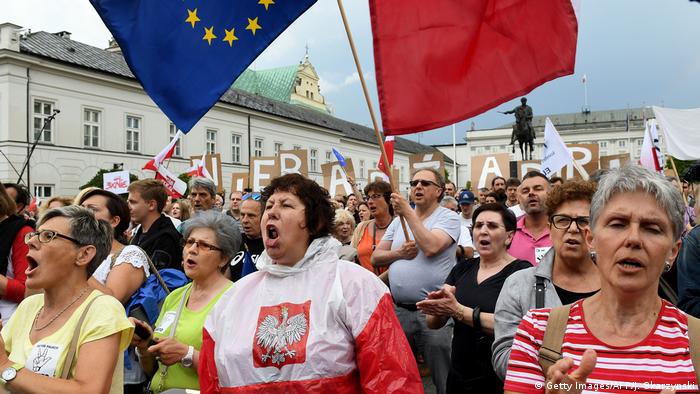 Former Polish President Lech Walesa, who famously headed the country's anti-communist Solidarity reform movement during the 1980s, has largely retired from politics. But he could not help speaking out against the country's controversial judicial reforms. The 75-year-old Walesa, like many of his compatriots, is outraged that Poland's governing Law and Justice party (PiS) is gradually overhauling the country's judicial system, despite fierce criticism from the European Union.

In a statement released last week, Walesa expressed "deep concern over the crisis brought about by the far-reaching changes to Poland's judiciary," and urged Brussels to take action. "I am asking the European Court of Justice to investigate the dramatic changes in the judiciary," he said.

Rule of law in jeopardy

Walesa was a vocal supporter of the European Commission (EC) triggering the Article 7 procedure — a mechanism to punish breaches of EU values — last year in response to Poland's judicial reform. The EC, as well as theVenice Commission of the Council of Europe, has taken issue with legislation allowing the country's minister of justice to appoint and remove judges at will. They say this amounts to a politicization of the judicial branch that undermines the separation of powers. 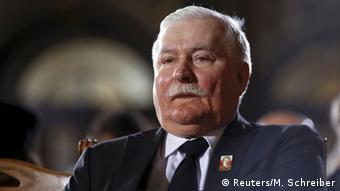 Walesa is a vocal critic of Poland's judicial reforms

On July 3, a law which further reduces the age of retirement for supreme court judges will take effect. This essentially means that a large number of judges will be forced into retirement, including the supreme court president. Poland's opposition fears this will allow the PiS to gain control over the country's last independent court.

Europe to the rescue?

"We are part of the EU because of its economic and civil liberties," said Agnieszka Holland, a Polish filmmaker and signatory of Walesa's appeal. "We hope the European Commission will help us uphold them." Other public intellectuals, including novelist and Man Booker Prize recipient Olga Tokarczuk and director Malgorzata Szumowska, are also among the signatories. 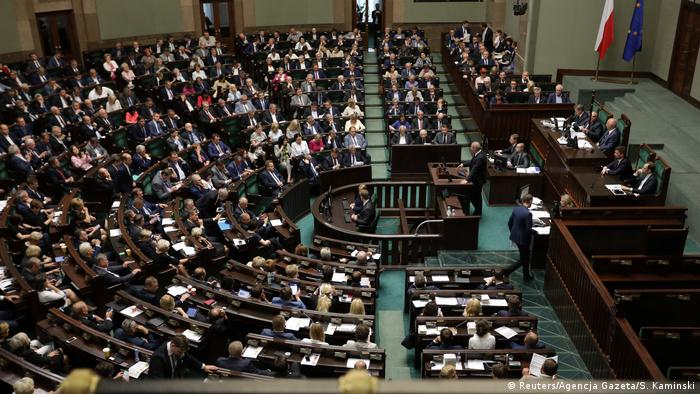 The PiS has controlled Poland's parliament since 2015

"We ask the citizens of Europe to join our protest," said Pawel Kasprzak, who heads one of Poland's largest opposition groups, Obywatele RP. "Today, we have the opportunity to keep democracy alive."

Will the EU intervene?

The signatories are pinning their hopes to a ruling by the European Court of Justice from April 2018, which found PiS-approved logging in Poland's ancient Bialowieza forest to be illegal. The court intervened in the case at the request of the EC, and now Polish activists hope the body could similarity save the country's judiciary.

It remains unclear whether such hopes are a realistic. For now, however, Brussels is pressing ahead with the Article 7 procedure. Soon, Polish government representatives will face questioning over the judicial reforms from the European Council, and on Wednesday, the European Parliament will debate the issue.