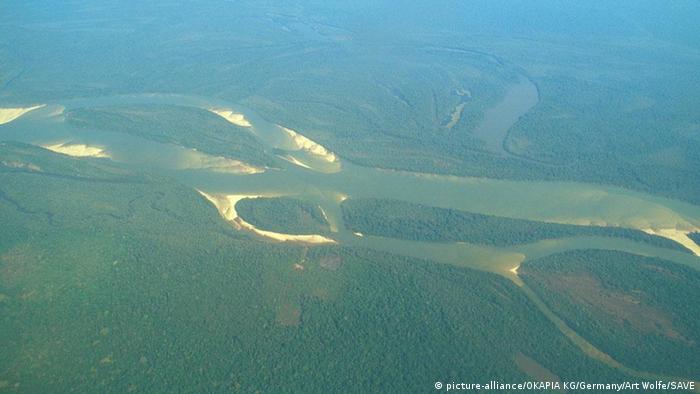 The aim of the corridor is to improve the protection of the environment, its biodiversity and the climate. Santos would like the project to be a transnational one, involving Colombia, Brazil and Venezuela. Once it is established, it will be the biggest in the world, encompassing 135 million hectares. "We would call it the ‘Triple A’ corridor, because it would go from the Andes to the Amazon to the Atlantic," Santos said.

Colombia, Venezuela and Brazil are amongst the most biodiverse countries on the planet. Colombia is home to over 300 different ecosystems, ranging from tropical rainforest in the Amazon to mountain regions and large plains. The gigantic corridor would cover several of them, making the project not only unique in size but also number of species involved.

"We are going to propose this environmental corridor as a contribution to stop climate change," Santos said. The president of Colombia would like to offer a joint proposal at the United Nations climate summit in Paris at the end of the year.

It is envisioned area, 62 percent would run through Brazilian territory, 34 percent through Colombia and four percent through Venezuela. The ambitious plan shall be carried out with the support of Martin von Hildebrand, an expert in protecting bio-cultural diversity and founding director of the 'Gaia Amazonas foundation'.

He developed the idea to establish the protected area. Hildebrand sees the corridor not only as vital to protect biodiversity in the region, but also to support indigenous peoples’ lifestyle and contribute to a greener climate.

A large part of the area in which the corridor shall be established are already under some sort of protection. For Martin von Hildebrand, connecting the last remaining stretches is crucial:

"It is a manifestation of political unity and will of the three counties. Right now we have a mosaic of parks, indigenous areas and protected areas. Sometimes there is a connection between them. But nevertheless, they are more like islands and are still working as individual areas," Hildebrand tells DW. The corridor shall emphasize the common vision of the three countries.

He hopes that at the COP, the leaders will decide on putting the plan of the corridor forward and having the plan put into reality in the next five years. 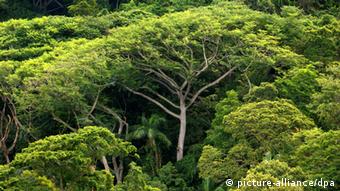 Brazilian rainforest - one of the treasures of our planet

However, it is still uncertain whether the ambitious plan will be able to be carried out.

One major challenge is the level of protection: The area that will be suitable for the corridor would include many already existing protected areas with differing levels of protection standards. To get them under one umbrella a lot of negotiation about the protection levels will be needed. Who is allowed to live and use the protected areas? What kind of construction may take place? Who will have the authority for the park?

These are just a few of the questions that will need to be addressed.

Santos announced that Colombia would now begin talks on the idea with Brazil and Venezuela. The outcome is not yet certain, but Hildebrand is optimistic that the move will be successful. 2015 will be a year of climate talks, and the three countries could become role-models by pushing the idea ahead on the COP 21 in Paris.

"It could just be the right moment for something like this to happen and to inspire the world with something positive around the environment. So I think it has a good chance," says Hildebrand.

The mysteries of the Amazon and its history still lie far below the cover of the forest's leaves. But now scientists are using drones to try to uncover the secrets of the ancient civilizations that once called it home. (20.02.2015)

Colombia is home to the world’s largest bird diversity, but many species are under threat. One conservation group is doing its best to save them. It’s counting on the help of the hordes of bird-watchers to the region. (06.05.2014)