The mysteries of the Amazon and its history still lie far below the cover of the forest's leaves. But now scientists are using drones to try to uncover the secrets of the ancient civilizations that once called it home. 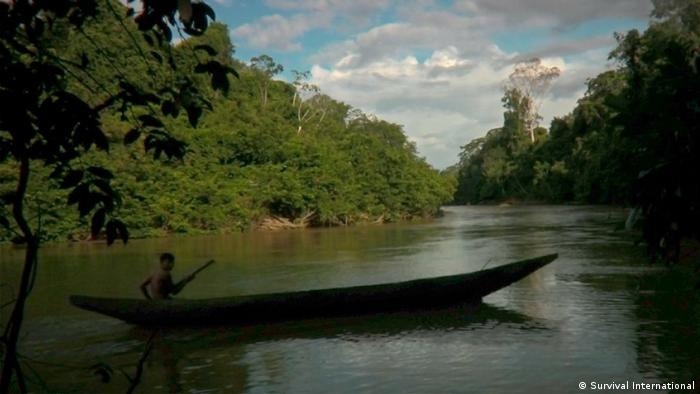 The Amazon River Basin is the largest rainforest in the world, covering 40 percent of the South American continent. For at least 13,000 years ancient civilizations inhabited parts of the Amazon forests but just how they used the land remains largely unknown.

Now a team of international scientists plan to send a drone into the region to scan for answers. The project, which is funded by the European Research Council, hopes to shed some light on the ancient societies and their impact on the environment. DW spoke to Jose Iriarte, archeology professor at the University of Exeter, who’s leading the project.

What’s the project about?

The project is trying to find out what was the nature and scale of past human impact on the Amazon forest and to answer these big questions that today are of debate among archeologists, geographers and the conservation community: was the Amazon a pristine, untouched primeval forest that was inhabited by small bands of hunter-gatherers or horticulturalists? Or was the Amazon a completely manufactured transformed landscape that was inhabited by large, numerous complex societies?

As you say, it's of hot debate among the scientific community. What do we know about the Amazon?

We know very little because the Amazon is huge - larger than Europe and professional archeology has started in the last 40 years. In the past, the traditional paradigm was that the Amazon was inhabited by a small bands of hunter-gatherers and shifting horticulturalists...and the lack of wild game and animal protein prevented the establishment of complex societies. Today, the work of many of my Brazilian colleagues in different parts of the Amazon is revealing this is not the case and that there are more complex societies than they thought before.

What time frame is the project focusing on?

Amazonia has been populated for at least the past 13,000 years, but our project is focusing on the last 3,000 years when native Amazonians started to transform the landscape at a scale not seen before. They started to create this Amazonian dark earth – human-made soil that is extremely fertile and then they started to convert this previously uncultivated land into raised fields, agricultural landscape.

More than 450 geoglyphs, large motifs in the ground, have now been identified in deforested areas. Could you explain what geoglyphs are, and where they have been found? 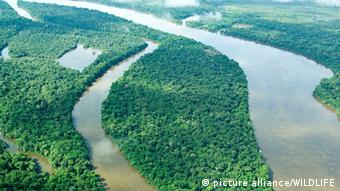 Dense foliage makes it difficult to map what is under the trees in the Amazon.

The geoglyphs are massive monumental efforts that are constituted by very big ditches up to five meters deep and can be up to 500 meters in length. Until now, due to deforestation of the western Amazon, 450 geoglyphs have been revealed – you can see them on Google Earth. They date back 2,000 years before the present. The geoglyphs so far have been interpreted by my colleagues working in Brazil.

You are using drones to uncover more geoglyphs, but what role do the drones play?

The Amazon is a tropical forest that is extremely dense. It has thousands of sites below the forest line and so trying to map the sites is very time consuming. The advantage of using the drone in these areas is that, because of a technology called Lidar mounted in the drone that is like a cloud scanner, laser beams are able to make a topography of the canopy of the forest.

Many of these laser beams also go beyond the leaves of the forest and are able to make a topography of the ground. So we are hoping that with lidar we are going to be able to discover all of these archeological features like mounts, ditches, trail ways and so forth, so that when you put them ogether you can really have an idea of the regional archeological landscape.

Are there other reasons for using a drone?

The other advantage of the drone is that it can be transported in pick-up truck or a boat, so we can get to all these remote areas.

What will the data collected from the drone be used for? 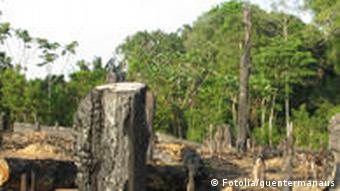 Scientists hope that by shedding light on what is under the forest canopy will help with future conservation.

It's going to enrich the pre-Columbian history of Amazonia but also will have some implications on modern policy on biodiversity and conservation. We want to know how resilient the Amazon forests are to potential historical disturbance by native Americans. We want to know what the modern legacy of past human manipulation of different types of forest is. And this has implications for conservation because maybe the very biodiversity that we want to preserve today is not only the result of millions of years of natural processes, but also have a human footprint. For that we are closely collaborating with Brazilian institutes of Amazonian research and the Brazilian institute of space research to try to integrate and inform more on biodiversity and conservation policy in the Amazon.

Why is it important to study the Amazon?

The Amazon is a biodiversity hotspot. It’s a cliché, but the Amazon is the lungs of the earth and has major implications on the regulation of the earth’s climate, so obviously the more we can inform ourselves about how this forest works, the better the decisions we will be able to make about the future of the Amazon.

Professor Jose Iriarte is an archeologist at the University of Exeter.