Philippines′ ban on sending workers to Kuwait creates tension, confusion | Asia | An in-depth look at news from across the continent | DW | 13.02.2018

The Philippines has imposed a ban on the deployment of all Filipino workers to Kuwait after the death of a domestic worker. Labor rights activists say a complete ban is not a solution for abuse. Ana P. Santos reports. 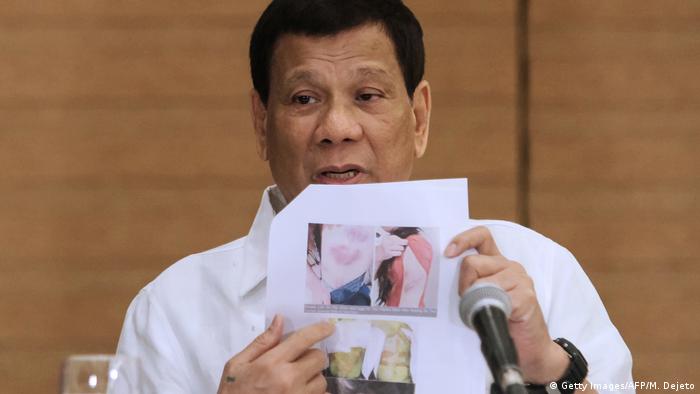 Philippine President Rodrigo Duterte sent a strong message to the government of Kuwait with his instant total ban on the deployment of all overseas Filipino workers (OFWs) to the Gulf nation.

Duterte's pronouncement was made last Friday after reports emerged that the body of Filipino domestic worker, Joanna Demafelis, was found in a freezer after she had gone missing for about a year. Reports showed that Demafelis had suffered torture and strangulation.

"The Filipino is no slave to anyone, anywhere and everywhere. Every unlawful physical injury that is inflicted on an OFW is an injury I personally bear as the head of this republic," Duterte said at a news conference last week where he made his announcement.

Read more: No social security for most of world's domestic workers

Weeks before the discovery of Demafelis' body, the remains of other Filipino migrant workers killed recently in Kuwait had been brought back to the Philippines.

Duterte has been vocal on the issue of abuse of Filipinos in the Middle East, even threatening a ban on citizens working anywhere in the region. He also alleged Arab employers routinely raped their Filipina workers, forced them to work 21 hours each day and fed them scraps. 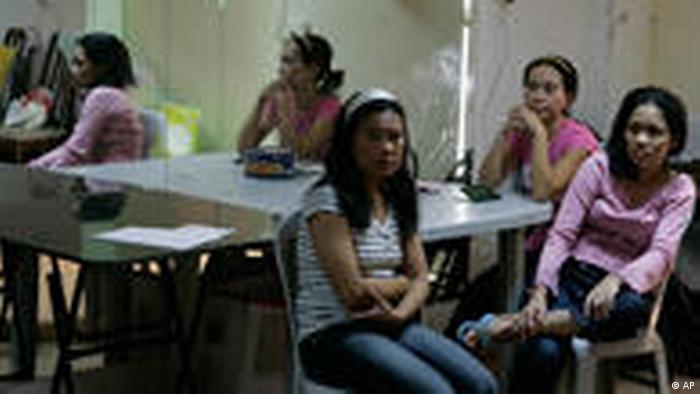 Filipina maids at a shelter in Amman, Jordan

"The president should be angry. We are all angry. We need to take all those responsible to task and get justice for the victims and their families," said Ellene Sana, executive director of the Center for Migrant Advocacy.

However, Sana told DW that Duterte's move to bar all Filipinos from working in Kuwait was a "knee-jerk" reaction. "Our experience has shown us that bans do not work."

The Philippines previously instituted deployment bans to Lebanon, Libya and Iraq during war time periods in these countries. But as Sana explained, "Workers still went there. Workers will go to where the jobs are."

The Philippines is one of the largest labor exporters in the world. An estimated 10 million Filipinos live overseas as guest workers or as immigrants. An overwhelming number of guest workers are employed in the Middle East, mostly working in the service sector as household service workers. Remittances from overseas Filipinos constitute roughly 10 percent of the Southeast Asian nation's GDP.

Government data show that there are more than 250,000 Filipinos currently employed in Kuwait, many as maids.

Human Rights Watch (HRW) has documented various cases of abuse of migrant workers in the Middle East, notably in the United Arab Emirates and in Saudi Arabia.

A statement released by Rothna Begum, researcher for HRW's Women's Division, said stronger protection for migrant workers was needed rather than a deployment ban.

"The Philippines has been a leader in instituting protections for their domestic workers in the Middle East, but these work best for migrants arriving through a regulated channel…A ban would force workers to take greater risks to seek overseas employment while cutting off a critical source of income for families in the Philippines," Begum's statement read.

Fixing the root of the problem

Migrante International, an NGO, called on the government to act on the long reported cases of abuse and maltreatment of migrant workers in the Gulf states.

"Kuwait is not an isolated case. Abuse of our workers happens in the Gulf and all around the world. We need stronger protections for our workers especially those working as domestic workers," Arman Hernando, a Migrante International spokesperson, told DW.

Hernando says that the main problem is that the government should take full responsibility for the deployment and welfare of migrant workers instead of relegating the task to recruitment agencies. "Recruitment agencies will often prioritize profit over the welfare of a worker. Without active government monitoring, unscrupulous agencies operate with impunity," said Hernando.

Hernando also criticized the ban for being a short-term solution that does not address the root cause of the problem. "Without regular sufficient employment with decent pay, Filipinos will continue leaving the country to look for work." 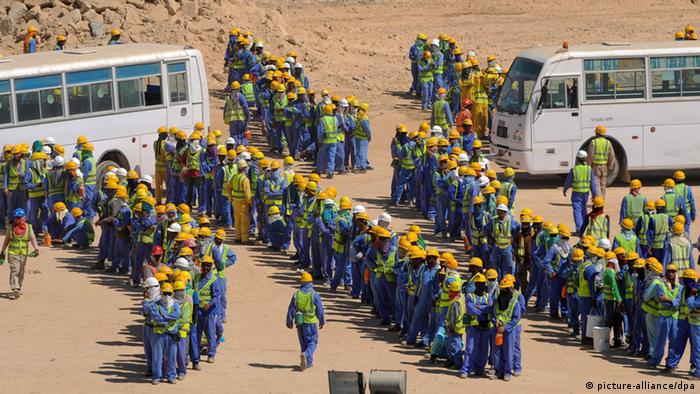 Foreign workers line up for a bus back to their accomodation in Doha, Qatar

Meanwhile, the hasty move to institute a deployment ban without clear parameters is causing tension, confusion and delayed flights. The Labor Department issued a memo on Monday saying that a total ban would be strictly enforced. On the ground, many were confused about how to implement this "blanket ban."

Vacationing Filipino workers who have existing employment contracts were detained at the airport before they were allowed to go back to Kuwait.

Al Manlangit, an architect who has been working in Kuwait for the last 31 years, told DW that Filipinos working in the Gulf nation were thrown into a tailspin with the announcement.

Manlangit is currently on holiday with family in Auckland but says that he will fly directly back to Kuwait from there even if it will cost him more money and additional time he could have spent with relatives in Manila.

"I have no choice. I can't risk not being able to go back to Kuwait. They are treating us migrant workers like ping pong balls."

Four of the six participants, Saudi Arabia, the UAE, Bahrain and Oman did not send their heads of state. At the same time, the UAE and Saudi Arabia announced a new bilateral agreement. (05.12.2017)