No social security for most of world′s domestic workers | Business | Economy and finance news from a German perspective | DW | 14.03.2016

Nearly 90 percent of the world's 67 million domestic workers do no not have any kind of social security coverage, according to a study from the International Labour Organization (ILO). 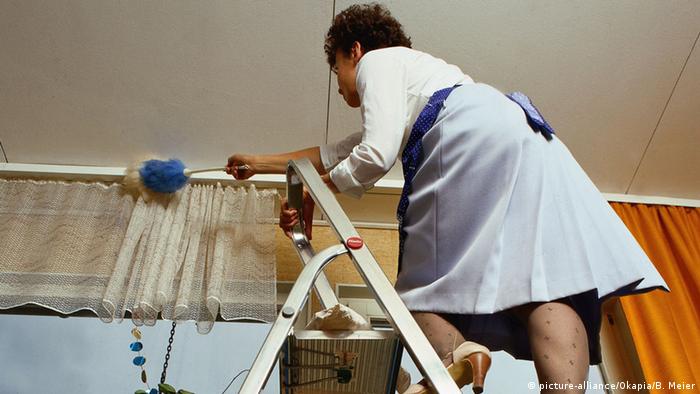 Nearly 90 percent of the world's 67 million domestic workers do no not have any kind of social security coverage, according to #link:http://www.ilo.org/wcmsp5/groups/public/---ed_protect/---soc_sec/documents/publication/wcms_458933.pdf:a study from the International Labour Organization (ILO)#.

Although 70 out of the 163 countries included in the study had legal provisions to provide social protection to domestic workers, a "considerable deficit" existed in terms of actual access and coverage, the ILO said. Women were especially vulnerable.

"The vast majority of domestic workers are women, accounting for 80 percent of all workers in the sector globally," said Isabel Ortiz, director of the ILO Social Protection department. "Most of their work is undervalues and unprotected, when domestic workers become old or injured, without a pension or adequate income support. This can and must be redressed."

Domestic workers are considered particularly difficult to provide social coverage for due to a host of factors: work performed in private households is difficult to monitor, domestic workers often have multiple employers, employer-employee contracts are often nonexistent, and in-kind payment is common. 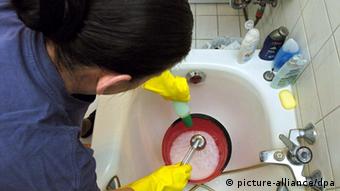 Most domestic workers are women

The ILO said that additional factors, like a lack of legal recognition of domestic work as a profession, and legal and social discrimination, presented challenges to getting domestic workers covered.

In Italy, around 60 percent of domestic workers aren't integrated into the social security system, while around 30 percent in Spain and France work without any coverage.

The ILO pointed to migrant workers as another vulnerable group, facing strong discrimination. Around 11.5 million workers fall into this group, and about 14 percent of the countries with legal provisions for covering domestic workers do not afford migrant workers with the same rights.

But having mandatory coverage for workers is a good start, even if much remains to be done.

"Looking at ways to improve the current coverage, there is no single protection model that works best for domestic workers everywhere," said Fabio Duran-Valverde, senior ILO economist. "But mandatory coverage instead of voluntary coverage is a crucial element for achieving adequate and effective coverage under any system."