Four of the six participants, Saudi Arabia, the UAE, Bahrain and Oman did not send their heads of state. At the same time, the UAE and Saudi Arabia announced a new bilateral agreement. 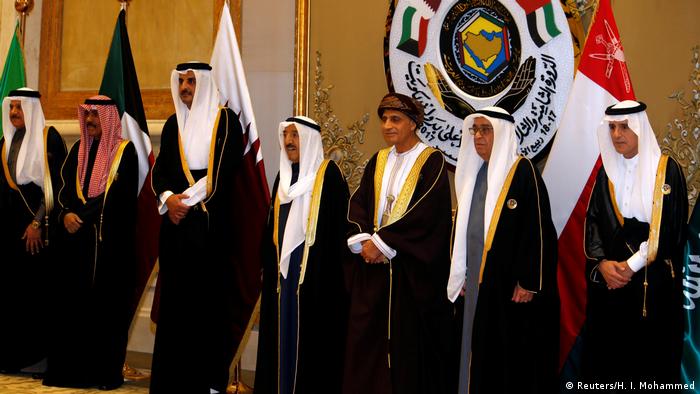 A planned two-day meeting of the Gulf Cooperation Council (GCC) ended just hours after it began, amid reports of a new alliance between two key member states, and with only Qatar's Emir Sheikh Tamim bin Hamad al-Thani and Kuwait's Emir Sheikh Sabah Al-Ahmad Al-Jaber al-Sabah attending as heads of state.

Earlier, the UAE said it would set up a bilateral cooperation committee with Saudi Arabia, separate from the GCC to collaborate on political, economic and military issues.

The UAE's foreign ministry said the new committee was "assigned to cooperate and coordinate between the UAE and Saudi Arabia in all military, political, economic, trade and cultural fields, as well as others, in the interest of the two countries."

It remains unclear if other GCC member states will be invited to join the new block.

The UAE and Saudi Arabia have cultivated close ties in recent years, and Emirati troops are deeply involved in the Saudi-led conflict in Yemen.

"We have been stormed in the past six months with painful and negative developments... but we managed to achieve calm," al-Sabah said in his address opening the summit. "Our meeting today is a reason to continue the mediation which fulfils the ambitions of our people."

But within hours the two day summit was over.

The Gulf dispute broke out in June, following what Qatar described as a hack of its state-run news agency and the circulation of provocative comments attributed to its ruler, Sheikh Tamim bin Hamad Al Thani.

Meghan and Harry interview: The reactions 36m ago

Italian police arrest 'IS' suspect over 2015 Paris attacks 1h ago

COVID: Germany rolls back some lockdown restrictions 3h ago