Ignoring demands to overturn the Philippine's current ban, including from members of his government, President Duterte has said it will remain firmly in place. 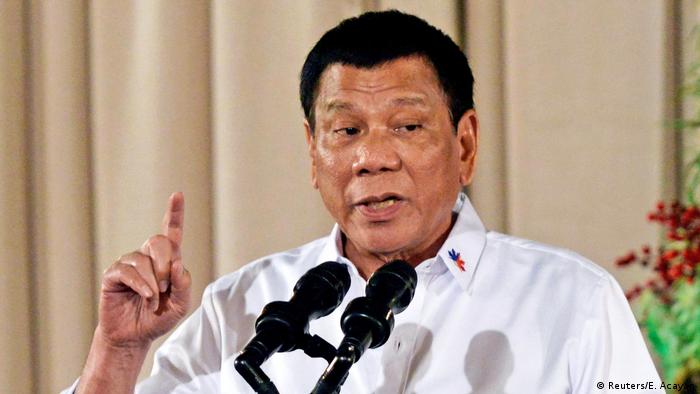 Philippine President Rodrigo Duterte has refused to lift a ban on new open-pit mining, despite facing pressure from members of his government, including the current environment minister.

"I personally asked the President if there's been a change in policy," Harry Roque, Duterte's spokesman, told a media briefing on Monday morning. "And he says there's still no new policy on this; there's still a ban on new open-pit mining."

The Southeast Asian country is the world's top nickel ore exporter — but over the past year, the government has been controversially cracking down on open-pit mining , due to the environmental damage it causes, as well as apparent economic drawbacks.

At the time, Lopez said the country does not want projects that are "raping" it. "You kill the watershed, you kill life. You kill the river, you kill agriculture, you kill the drinking water," she said.

But after Lopez's departure in May, when she stepped down after the Philippine Congress voted not to confirm her, Duterte had faced calls to overturn the ban.

The Mining Industry Coordinating Council (MICC), an inter-agency panel that makes recommendations on mining policy, in October called for the ban to be lifted. Roy Cimatu, the new environment secretary, also supports lifting the ban.

Doing so could open the door for the $5.9 billion Tampakan copper and gold mine, in the South Cotabato province on the island of Mindanao.

Lopez described that project, the nation's biggest stalled mining venture, as covering an area the size of 700 soccer fields in what would otherwise be agricultural land.

In September, controversial Philippine president Duterte said he agreed with the open-pit mining ban, because of the environmental damage mining causes. But he added that he wanted to give mining firms time to find other ways to extract minerals.

The Philippines are rich in gold. But children are often employed to mine the commodity. (10.10.2015)

How will a Duterte presidency affect the Philippine economy?

Brash and irascible city mayor Rodrigo Duterte is all set to be sworn in as the next president of the Philippines. DW examines what this means for the nation's economy, which has seen buoyant expansion in recent years. (10.05.2016)