It was initially believed no one was hurt in the January 8 missile attack on the Ain al-Asad airbase in western Iraq. Fifty US soldiers have been diagnosed with brain injuries, 18 of whom have been treated in Germany. 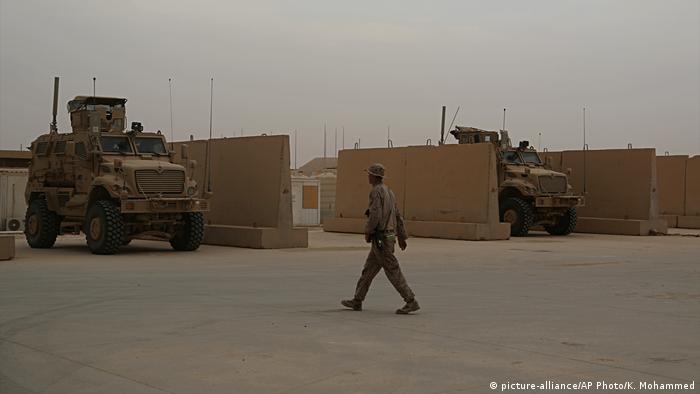 The number of traumatic brain injuries caused by the Iranian missile strike on an Iraqi air base earlier this month now stands at 50, the Pentagon revealed on Tuesday.

The figure has altered dramatically since President Donald Trump said no one had been hurt the day after the attack.

Just over a week after the airstrike it was reported that 11 had in fact been treated for concussion symptoms before that number was increased to 34.

However, Lt. Col. Thomas Campbell, a Pentagon spokesman, said that 16 more soldiers had received brain injuries. Of all those who suffered them, 31 had already returned to work, according to Campbell.

"As of today, 50 US service members have been diagnosed" with traumatic brain injury, Campbell said in a statement in relation to the attack on the Ain al-Asad air base in western Iraq.

The service members were treated in Iraq or at military health clinics elsewhere, including 18 at the Landstuhl Regional Medical Center in Germany, the largest US military hospital outside the continental US. There was one soldier who went to the US military hospital in Kuwait for treatment.

At the time of the January 8 strike most of the 1,500 soldiers at the base had been in bunkers and initial fears of casualties were alleviated when President Trump said the nation should be "grateful" that no Americans were hurt.

Tehran said the attack was revenge for the assassination of General Qassem Soleimani, leader of the Islamic Republic's elite Quds Force, who died in a US drone strike near Baghdad's airport on January 3.

Germany's Maas in Jordan over future of anti-IS mission

Germany's foreign minister has traveled to Jordan for talks on deescalating tensions in the Middle East. As Iraq pushes for troops to leave, Heiko Maas wants clarity about the future of German missions in the region. (13.01.2020)