Muslim groups in Germany have condemned the terrorist attacks in Paris at the annual German Islam conference. The meeting came hours before a Muslim-organized solidarity rally in Berlin, which Angela Merkel will attend. 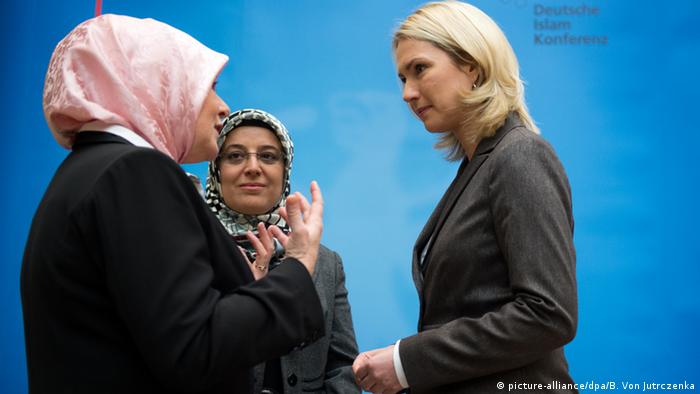 German Muslim leaders called the terrorist attacks in Paris "despicable", and a crime "against democratic values and, at the same time, Muslim values", in a declaration issued at Tuesday's annual conference. Muslim groups present at the Islam Conference in Berlin strongly condemned last week's terror attacks that killed 17 people, first targeting satirical magazine Charlie Hebdo. "Terror does not have any religion", the declaration stated.

Spokesperson Erol Pürlü, who read out the declaration, added that Muslims should not be blamed for the attacks. He said that extremists should not be allowed to divide society and destroy bridges that had been built over decades. 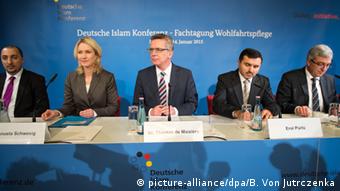 The Central Council of Muslims in Germany organized a community rally for tolerance that is to start this evening in Berlin at 6 p.m. local time (1700 GMT/UTC) under the banner: "Let's be there for each other. Terror: not in our name!"

"We cannot allow radical extremists and terrorists, of any stripe, to foment division in our society," Pürlü said.

A crowd of thousands is expected to participate. Christian and Jewish representatives will also speak at the rally. German President Joachim Gauck is due to address the vigil at Berlin's Brandenburg Gate. Participants are to lay a wreath of colored pens in front of the French embassy in Berlin, a symbol of freedom of expression. Imams are to read verses from the Koran preaching tolerance and peace. Angela Merkel will also join the rally, together with members of her cabinet.

The German chancellor spoke out firmly against the right-wing populist movement PEGIDA, whose name translates as "Patriotic Europeans Against the Islamization of the West".

A record 25,000 marchers had gathered at PEGIDA's demonstration on Monday evening in the eastern German city of Dresden, although anti-PEGIDA protesters outnumbered the right-wingers around the country as a whole. On the same day, the German chancellor had said that "Islam is part of Germany", also thanking leaders of Germany's four-million-strong Muslim community for clearly condemning the terrorist attacks in Paris.

A memorial service for the three police officers killed in last week's terrorist attacks has taken place in Paris. France has posthumously awarded them the Legion of Honor. (13.01.2015)

Four victims of last week's attacks in Paris have been put to rest in Jerusalem after a funeral attended by political and religious leaders. As the bodies were laid to rest, prayers were spoken to sanctify the victims. (13.01.2015)